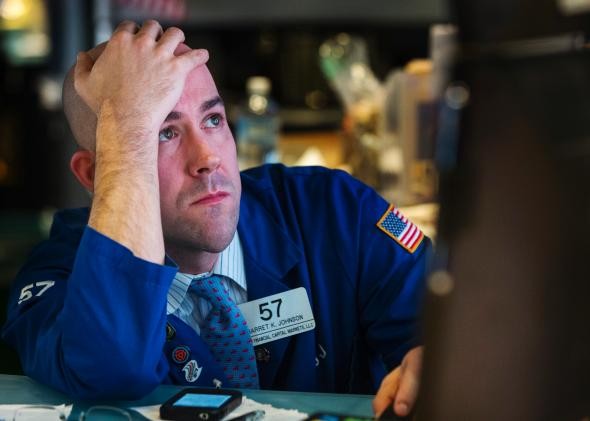 Wall Street investment bankers can expect some hefty bonus gains this year, while traders may have to settle for little or no increase.

That’s the year-end projection from compensation consultant Johnson Associates Inc. after sedate markets helped boost business at investment banks. Fees from advising on mergers and selling stocks and bonds for companies rose at four of the five biggest firms last quarter, offsetting lower trading results. Bankers who underwrite equity and debt will probably see annual bonuses surge 10 percent to 20 percent or more, while those in retail and commercial banking can expect raises of 5 percent to 10 percent.

Their colleagues in equities trading may see yearly incentives remain flat or fall as much as 5 percent, according to estimates Johnson released Wednesday. Fixed-income traders may fare a bit better, with potential bonus gains of as much as 5 percent.

Despite a relentless bull market, traditional asset managers can expect little increase in bonuses as competition from index funds and other passive investments has pressured revenue growth, Johnson said. Hedge funds will generally hold payouts steady this year or increase them only slightly, as well. Both of those industries have cut bonus pools over the past few years, the consultant said.

Fixed-income trading operations that once fueled profitability slumped in the second quarter amid lower levels of market volatility, forcing some large banks to look to other businesses to boost profits. Goldman Sachs Group Inc. reported a 40 percent plunge in fixed-income trading revenue, while JPMorgan Chase & Co. and Bank of America Corp. also posted declines. Investors have been less active as gridlock in Washington slows efforts to overhaul the tax code and boost infrastructure spending.

“Regulatory and political unknowns continue to spread caution throughout the industry,” Johnson said in the report. “Market activity and interest rates will be key 2017 incentive drivers going forward.”

Employees at private equity firms could see 5 percent to 15 percent gains in incentive awards this year, largely driven by better returns and asset inflows, according to the report.