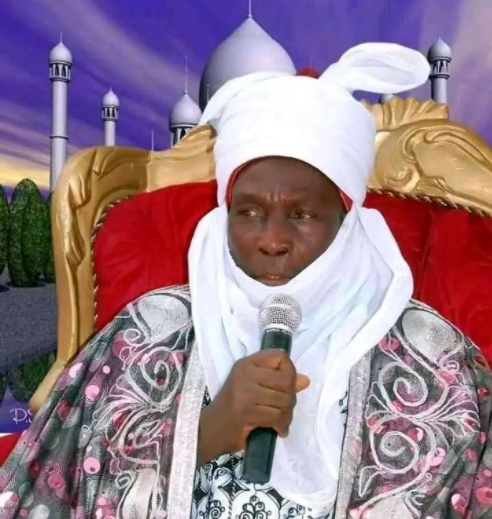 Bandits have kidnapped the Emir of Kajuru, Alhaji Alhassan Adamu, alongside his family and aides, including women and children.

The Emir was attacked at his palace in Kajuru Local Government Area, Kaduna State, in the early hours of Sunday, July 11.

While confirming the abduction of Emir of Kajuru, the Police Public Relations Officer of the Command, Muhammed Jalige, said the Emir was abducted alongside 10 other persons.

The statement from the police PRO reads: “The Kaduna Police Command through the Divisional Police Officer (DPO) Kajuru, Kaduna receives an unfortunate report on the kidnap of the Chief of Kajuru, His Royal Highness, Alhaji Alhassan Adamu in the early hours of today 11th July 2021.

“The incident occurred about 0234hrs when armed wielding bandits in large numbers invaded Kajuru town, shot sporadically, and gained access into the Chief’s residence where they abducted him and ten (10) members of his immediate family to an unknown destination.

“Notwithstanding, the Joint patrol of the Police Mobile Force (PMF), conventional Police and the Nigerian Army attached to Kajuru LGA are currently engaged in search and rescue mission around the forest for a possible rescue of the victims while IGP’s Tactical units have been contacted for technical support.

“The Command is saddened with this incident, and it’s not relenting in ensuring a lasting solution to the current upsurge of criminality in the state.

“Members of the public are urged to remain calm and should always support the Police and other security agencies with credible information that will enable them to curtail any possible attack on innocent citizens before it happened.”

However, a palace source told journalists that the bandits raided the Emir’s residence on Sunday around 12 a.m. and abducted 12 other persons, including the royal family members and aides.

It was said that those abducted included three women, two of the Emir’s grandchildren, and three aides.