Ava DuVernay: 25 Things You Don’t Know About Me! 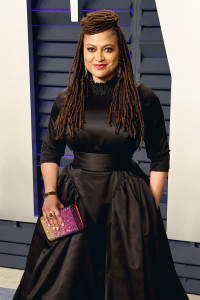 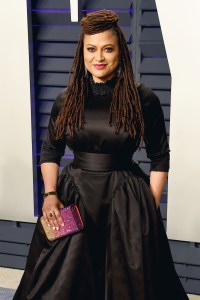 Ava DuVernay, director of hit movies A Wrinkle in Time and Selma, gives Us Weekly a behind-the-scenes look at her life. Read on to learn about the 46-year-old’s favorite musician, the celebrities she’s been stuck in elevators with and more.

1. Without glasses or contact lenses, I can’t see detail of any kind more than an arm’s length away.

3. I made my first narrative feature film using savings for a house.

4. In spring 2018 — with my salary from A Wrinkle in Time — I bought three buildings near Echo Park in Los Angeles and built a creative campus centered on images made by women and people of color.

8. I’m the oldest of five siblings.

9. I have two brothers: One was born on Christmas Eve, and the other on the anniversary of the Los Angeles rebellion.

10. I started a public relations company at age 27.

11. My favorite job in college was as a waitress at Aunt Kizzy’s Back Porch in Los Angeles. Every Sunday afternoon, Little Richard would come for brunch and tip me a cool $100

13. I’ve seen every episode of The Twilight Zone ever made — even the rare ones — and have cross-referenced each with my trusty Twilight Zone Companion workbook [by Marc Scott Zicree].

14. I’ve been stuck on elevators with Tom Cruise, André Leon Talley and Bruce Willis — all at different times.

15. My first fender bender occurred as I happened to be passing the house of the boy I liked. Note to younger self: Keep your eyes on the road even when the object of your desire is watering his lawn [in a tank top].

16. I can’t chew gum because I always bite the inside of my mouth.

19. I meditate every morning.

22. Oprah taught me that bad things aren’t happening to you; they’re happening for you.

23. I love to have breakfast at night.

24. My first job was scooping frozen yogurt. I had a perfect swirl.