The Australian government is investigating the discovery of thousands of files, dating back 10 years and spanning five governments, in filing drawers at a furniture store in the Australian capital of Canberra.
The documents were obtained by the Australian Broadcasting Corporation (ABC), which has called their discovery “one of the biggest breaches of Cabinet security in Australian history.”
The Prime Minister’s department confirmed the documents were “secured” in the early hours of Thursday morning, but stressed the delivery of the safes at 1 a.m. “was not a raid.”
ABC News director Gaven Morris said the organization had worked with Australian security agencies to make sure the documents were safe.
The ABC reported that it still has access to the files, and talks are underway with the government about how to proceed.
The existence of the documents and their unlikely discovery was revealed by ABC Wednesday in a series of shock articles.
Among the revelations reported by the ABC from the documents were allegations Australia’s then-immigration minister Scott Morrison intervened in 2013 to demand extra checks on a group of asylum seekers to stop them getting permanent protection visas in Australia.
Former Prime Minister John Howard’s government was also alleged to have discussed removing Australians’ right to remain silent in custody around 2007, according to ABC reporting. 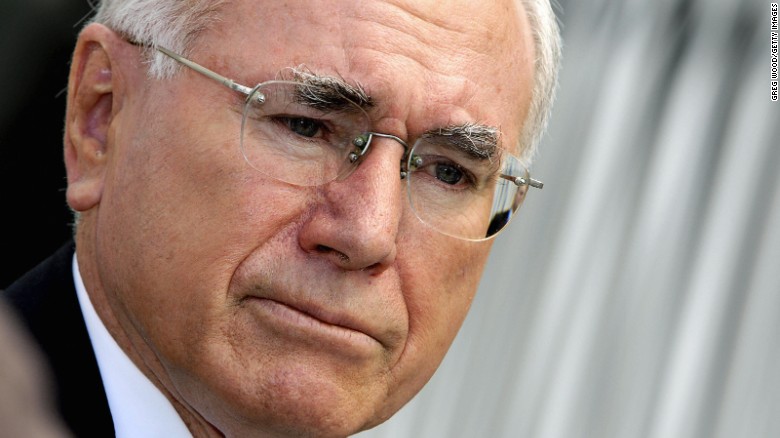 Former Australian leader John Howard’s government was one of those whose documents were contained in the cabinet.
The Cabinet is the top decision making body in a parliamentary system, composed of the prime minister and his or her most senior ministers.
All discussions inside Cabinet are considered confidential and documents on Australian Cabinet decisions are supposed to remain confidential for at least to 20 years. 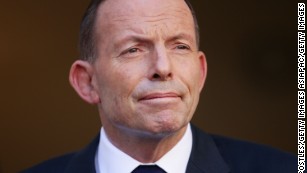 Former Australian Prime Minister Tony Abbott in September 15, 2015 in Canberra.
A number of other prominent Australian leaders were also the target of embarrassing domestic allegations, including former Prime Ministers Kevin Rudd and Tony Abbott.
Abbott told Sydney radio station 2GB someone needed to “pay a price” over the blunder.
“If you are going to throw out a filing cabinet that has got a whole lot of sensitive and confidential information in it you have got to make sure it is empty before it goes out of the building,” he said Wednesday.
Rudd announced early Thursday morning he would be suing the ABC one of their articles published based on his government’s controversial home insulation scheme, describing it as “a lie.”
According to the ABC, the two sets of drawers were sold at a second-hand furniture store in an undisclosed neighborhood in Canberra. They were both locked and no set of keys was provided with them.
They were eventually bought and left unopened until the purchaser used a drill to break off the locks. The ABC did not identify who bought the drawers and how the documents found their way to the news organization.
In an interview on ABC television Wednesday night, Australia’s opposition Labor Party leader Bill Shorten said the situation was “absurd.”
“I mean all these spies who are meant to be spying on us they should just be going shopping in second-hand furniture stores in Canberra,” he said.
Share
Facebook
Twitter
WhatsApp
Pinterest
Linkedin
ReddIt
Email
Print
Tumblr
Telegram
Mix
VK
Digg
LINE
Viber
Naver
Previous articleFBI has ‘grave concerns’ about controversial Republican memo
Next articleLagos Police accused of torturing Lotto Operator to death (photo)