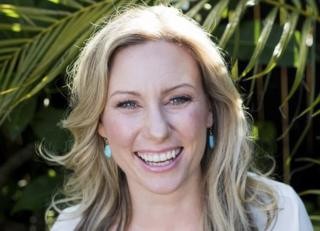 An Australian woman has been killed by a US police officer responding to a 911 call in Minneapolis.

The Minnesota Department of Public Safety said police responded to “a call of possible assault” when “at one point an officer fired their weapon, fatally striking a woman”.

Officials said the officers’ body cameras were not turned on at the time of the Saturday shooting.

The victim has been identified by Australian officials as Justine Damond.

According to Australian media, the 40-year old woman was living in Minneapolis with her fiancé. The woman called 911 to report a noise near her home when the incident occurred, reports said.

Ms Damond, dressed in her pyjamas, reportedly approached the driver’s side door and was talking to the officer at the wheel after the police arrived, the Minneapolis Star-Tribune reported, citing three sources with knowledge of the incident.

The officer in the passenger seat reportedly drew his gun and shot Ms Damond through the driver’s window, the newspaper reported.

A man claiming to be Ms Damond’s stepson also said in a Facebook video that she was the one who alerted authorities.

“Basically, my mom’s dead because a police officer shot her for reasons I don’t know,” said the man, named Zach.

“America sucks. These cops need to get trained differently. I need to move out of here.”

The Department of Public Safety’s Bureau of Criminal Apprehension said an investigation is under way and authorities are looking into whether there is any video of the incident.

Minneapolis mayor Betsy Hodges said in a statement she was “heartsick and deeply disturbed by what occurred last night”.

Over the past few years the US has seen a series of civilian killings at the hands of police that have caused widespread concern and criticism.

She used the surname of the man she was expected to marry in August, Don Damond, according to the Minneapolis Star-Tribune.

Ms Damond studied to be a veterinarian before she relocated to the US, where she is believed to have been for at least the last three years.

According to her website, she also practised yoga and meditation for more than 17 years and is a “qualified yoga instructor, a personal health and life coach and meditation teacher”.

Alison Monaghan, a friend who trained Ms Damon in alternative therapies, told the Australian Broadcasting Corporation she was “the most beautiful person” who moved to the US to “follow her heart” for a “new life”.

About 200 neighbours, family members and residents shocked by the shooting gathered for a vigil on Sunday night where she died.

Her death made front-page news in her native Australia.

He described Ms Damond as “a very conscious, loving person and you wouldn’t associate that with a gunshot in an alley”.

“I don’t know anything about the law or police work to that extent but to me, it seems really stupid. You have a body camera, aren’t you supposed to use them?” Mr Birkholz added.

Mrs Hodges echoed his sentiments, saying at a news conference: “I share the same questions other people have about why we don’t have body camera footage of it, and I hope to get answers to that in the days coming.”

The Australian Department of Foreign Affairs released a statement on Monday on behalf of Ms Damond’s family.

“This is a very difficult time for our family,” the statement said. “We are trying to come to terms with this tragedy and to understand why this has happened.”