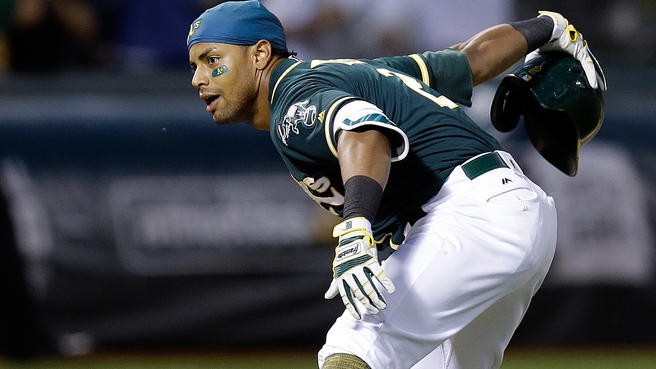 In case you were off the grid this weekend, the A’s made a trade that has polarized the fan base. Sean Doolittle and Ryan Madson are now Washington Nationals.

Here’s Jeff Sullivan’s take on the trade at Fangraphs.

Continuing on the trade front, Buster Olney named five players he’s sure will be traded before the non-waiver trade deadline. His list included two Athletics…

#Redsox have also been scouting Jed Lowrie, who’s having a nice year for #Athletics while playing primarily at 2B. Broke in with Boston.

Lazarito homered on consecutive days and the Sound got blown out. More from Melissa Lockard’s excellent minor league notebook.

The A’s swept the Indians over the weekend, opening the second half of the season on a positive note. Check out our game recaps from Friday (link), Saturday (link), and Sunday (link).

Carl Steward of the East Bay Times challenges A’s owner John Fisher to be more public in his intentions for the club. Steward writes that Fisher’s aloof nature has fostered unease in the fan base.

As we open a series with the Rays, you should have a look around our sister site, DRaysBay. This is a big series for Tampa Bay who find themselves just 3 games behind the Red Sox in the AL East and a 1/2 game up on the Yankees atop the Wild Card. As always, if you choose to engage in their comments thread, please be an awesome example for our community.

More from Fangraphs: Travis Sawchik takes a critical look at the three potential expansion cities floated by the Commissioner…

And finally, a heartfelt goodbye from a fan favorite: