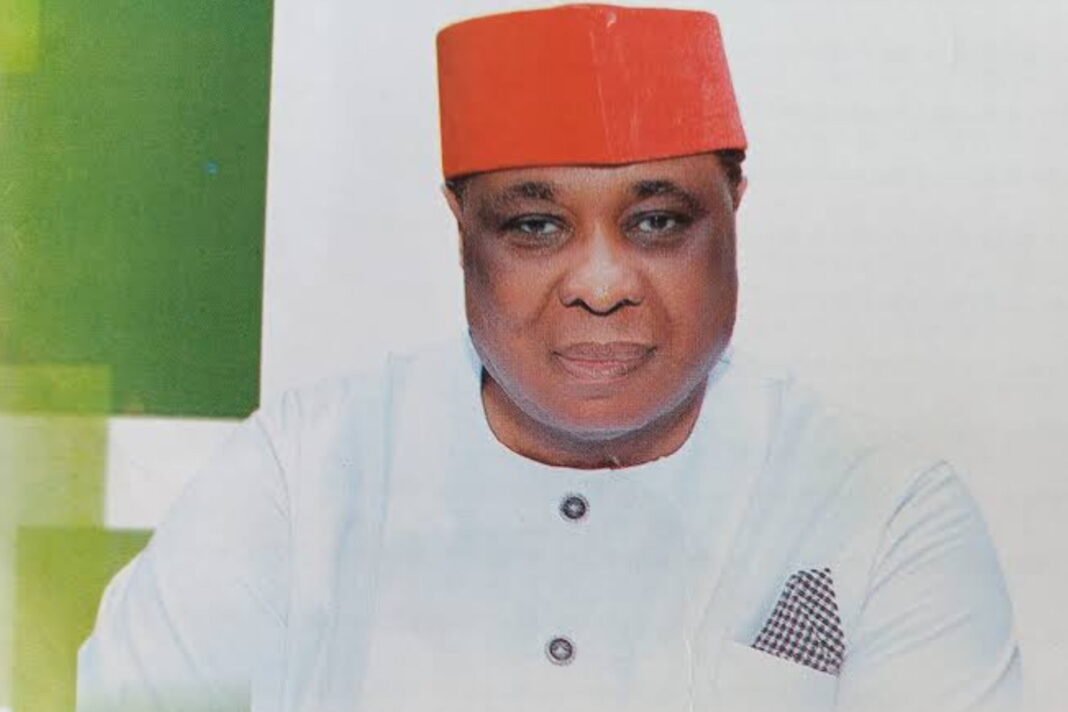 A chieftain of the Peoples Democratic Party (#PDP) from the southeast zone, Dr. Nwachukwu Anakwenze, has expressed worries about the internal crisis rocking the main opposition party necessitated by the outcome of the just-concluded presidential primaries conducted by the leadership of the party ahead of the 2023 main elections.

They argued that a northerner is a presidential candidate, National Chairman and also the Chairman PDP Governors Forum is from the zone.

On the backdrop of the current development, Governor Wike had sued PDP, its presidential candidate Atiku Abubakar; and Sokoto State Governor Aminu Tambuwal over the conduct of the presidential primary held in Abuja on May 28 and May 29, 2022.

Also read: SA20 – The Next Evolution In T20 Cricket

However, Dr Anakwenze, who was also a presidential aspirant at the concluded 2022 Peoples Democratic Party primaries, while baring his mind on the crisis engulfing the party in a statement on Wednesday, called on the party to put its house to enable it to secure a win in the forthcoming presidential election in the country.

The statement was forwarded to Wowplus by the Director General of Nwachukwu Anakwenze Campaign Organization, Comrade Eric Oluwole.

He frowned at the lingering internal squabble within the party and appealed to high-ranking stakeholders and elders across the country to come together urgently to resolve the crisis and reshape the PDP.

Anakwenze also applauded ex-PDP presidential aspirants on their recent visit to Atiku for a meeting where they brainstormed ways to reposition the country for economic and infrastructural greatness when elected into office in the coming elections.

The southeast chieftain described as patriotic the parley initiated by the ex- PDP aspirants and also added that the recent move would accelerate the ongoing reconciliation to forge the much-needed unity of all groups and individuals within the party behind one purpose of working seriously for the victory of the party’s candidate in the coming presidential election.

He further called for the inclusion of all former presidential aspirants of the party as members of the PDP National Presidential Campaign Council, a step which he said would help greatly in the ongoing reconciliation within the party and mobilization of the electorate nationwide behind the party’s flagbearer.
Also read: Transfer: Willian Passes Medical At West London Club As Arsenal Suffer Major Injury Blow

The Party stalwart also emphasized the need for reconciliation of all aggrieved groups and individuals within the party before the campaign formally kicks off in a few weeks; Anakwenze said the PDP needs to go into the electoral battle as a united and formidable force to enable the party record a resounding victory at the coming election.

“Besides, the same Governor Wike has been campaigning that the Party’s National Chairman, Senator Iyorchia Ayu, should step down for a southerner to take over to ensure balance in line with the Constitution of the Party. Meanwhile, the party’s National Executive Council, NEC has passed a vote of confidence in Ayu to continue in office as the National Chairman.

“A united PDP will be in the overall interest of the party and our dear Motherland Nigeria which is in dire need of a rescue operation from the worsening chaos and confusion, as typified by the horrors being daily and hourly witnessed by our people across the country in killings by bandits; kidnappings for ransom; instigated bloody intra and inter-communal clashes; insurgency, unprecedented insecurity; falling Naira with its attendant ugly consequences on the crumbling economy; mass hunger, poverty, despondency and destitution; unacceptable high unemployment rate among youths, school leavers and university graduates; and crashing education system which is aggravated by endless strikes by University teachers and other staff over poor funding; among other frightening socioeconomic crises of an unimaginable magnitude,” he said.