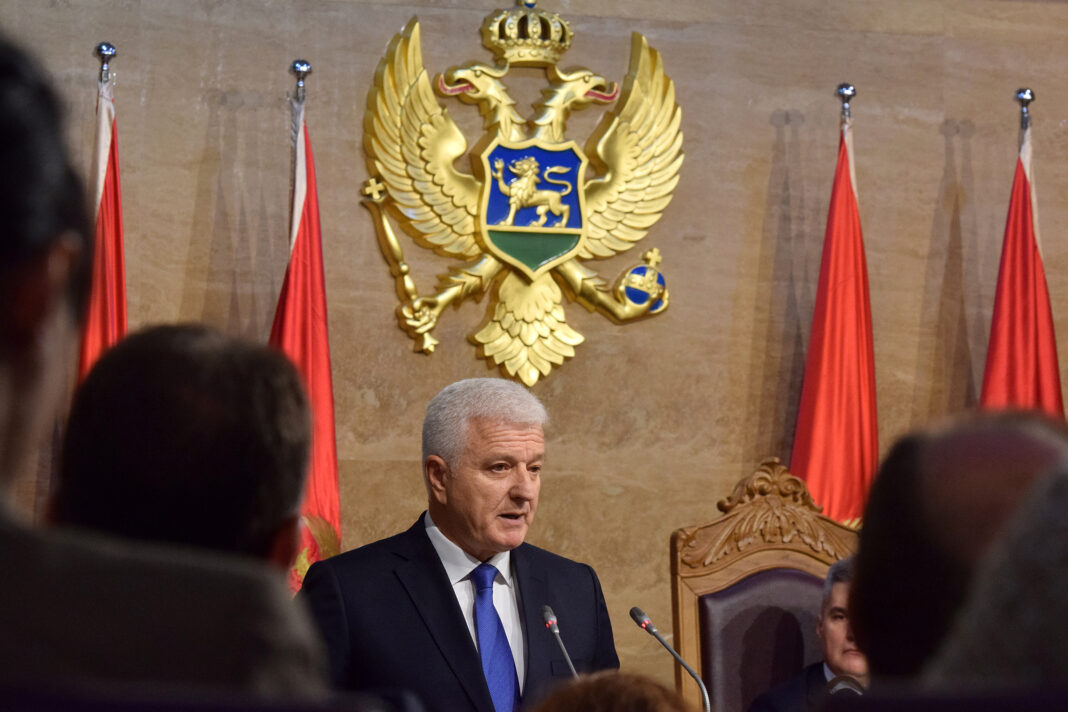 President Trump appeared to push past Montenegrin Prime Minister Dusko Markovic at a NATO event in Brussels on May 25. (Reuters)

It wasn’t a very welcoming gesture. President Trump  appeared to physically brush aside Montenegro’s prime minister, Dusko Markovic, on Thursday as NATO leaders in Brussels walked together toward a planned photo opportunity.

The awkward interaction between Trump and the leader of Montenegro — which officially becomes a NATO member June 5 — was captured on video after a ceremony to mark the transfer of the military alliance’s new headquarters from the Belgian government.

As the NATO leaders strolled toward their photo op, Trump approached Markovic from behind, reached out with his right arm to grab Markovic’s right shoulder and then brushed past him. After adjusting his suit coat, Trump then launched into a conversation with Lithuanian President Dalia Grybauskaite as Markovic looked on from behind.

The episode occurred after a speech in which Trump said NATO must focus on terrorism and that “nations owe massive amounts of money” on defense, in effect lecturing European leaders on what he call their “chronic underpayments” to the alliance.

White House spokesman Sean Spicer later told reporters that he had not seen the video. Spicer said that spots for the “family photo” for which the leaders were preparing were predetermined, as is usually the case — implying that Trump was not trying to get a better position, as some reports have suggested.

Philip Rucker and Michael Birnbaum contributed to this report.