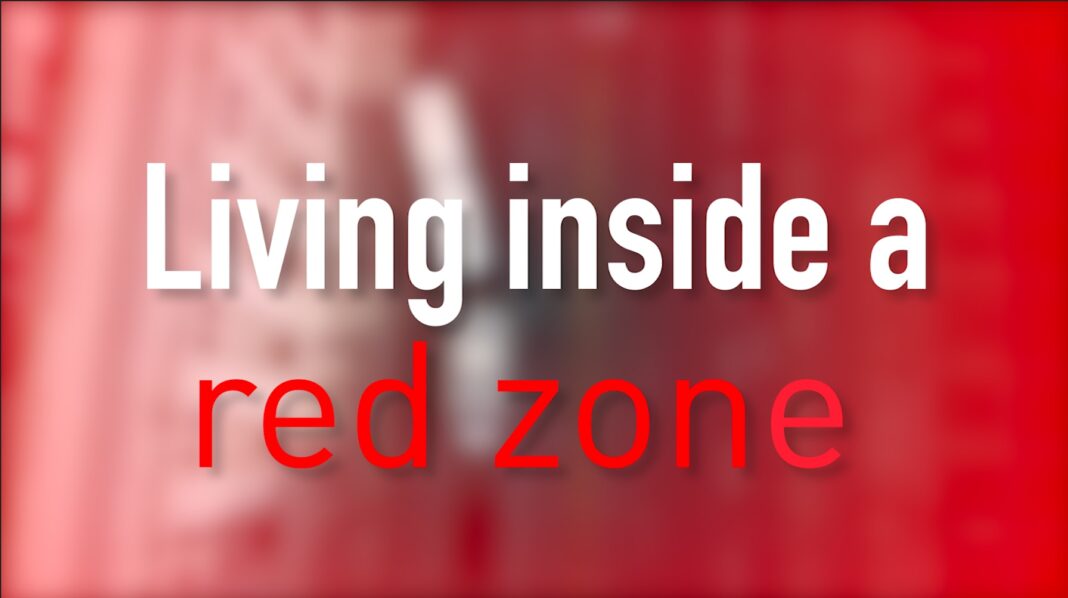 Most Quebecers began a 28-day quasi-quarantine period on Thursday in a state of confusion about what, suddenly, they aren’t allowed to do.

The five million people living in Quebec’s COVID-19 red zones — which include Montreal and Quebec City — have been ordered to keep their interactions with friends and family to the bare minimum.

But the wording of the new rules is hazy in places, and has generated a litany of questions about what possible exceptions might apply.

A news conference, where Premier Francois Legault was trying to announce financial help for businesses, was derailed Thursday by highly specific questions from journalists.

Can two mothers go for a walk together if their children are in strollers? Can children of different families, but in the same class, play with each other in the park? Can two people be in the same car together?

WATCH: What you can and can’t do in Quebec’s red zones

Many Quebecers are now living in a red zone, but what does that mean exactly? 3:16

Exasperated, Legault at one point simply urged people to use their “common sense.”

In less noticed news from Thursday, a 38-year-old man was charged with assaulting a bus driver in Terrebonne, Que., after he was asked to put on a mask. The driver was treated in hospital for a broken jaw.

Since May, at least seven Quebecers who oppose public health rules have been arrested for allegedly making violent threats online — or in one case, over the phone.

This mix of confusion and violence on display Thursday highlights the critical juncture confronting the province, and its premier.

On the one hand, the province is yet again dealing with a public health crisis brought on by the galloping number of new cases of COVID-19.

Hospitalizations, too, have started to rise sharply — 16 more deaths were announced Thursday.

Experts are warning that unless Quebecers put their social lives on pause, the second wave could be as bad as the first.

On the other hand, there is evidence of a fledgling social crisis.

Opposition to public health measures has grown significantly in recent months, fuelled in large part by conspiracy theories circulating online, according to Roxane Martel-Perron, who heads education efforts for Montreal’s Centre for the Prevention of Radicalization Leading to Violence.

Legault’s government is sufficiently alarmed by this sentiment that it recorded a radio ad for CHOI FM, a Quebec City radio station whose on-air personalities routinely question public health rules and often repeat debunked theories about the virus.

The ad urged listeners to get their information from trusted news sources as opposed to online conspiracy theorists. The station, though, refused to air the ad.

Activists in the anti-mask movement are planning to continue holding protests in cities and towns around the province, which some elected leaders see as a provocation given new public health rules.

While protests are still allowed under the rules, every protester must wear a mask, an unlikely scenario given the people behind the demonstrations.

Montreal Mayor Valerie Plante suggested the anti-maskers march in a “potato field” instead. The MNA from Rimouski, Que., Harold LeBel, urged organizers to call off a demonstration planned there for Saturday.

“The climate is tense enough. It’s not a good time to march through downtown Rimouski,” LeBel said Wednesday.

The limits of solidarity

Most anti-mask demonstrations have been fairly small to date, and support for pandemic conspiracy theories hovers just below 20 per cent, according to a poll conducted in August for Montreal’s La Presse newspaper, echoing other public opinion data.

But there are signs that Legault’s public health messaging isn’t resonating as widely as it once did.

On the last day of August, Legault warned Quebecers that cases were creeping up because more people were ignoring public health rules.

He kept repeating his warning in the days after, calling on Quebecers to respect the guidelines out of a sense of “solidarity.” The hope, of course, was that voluntary cooperation would make harsher measures unnecessary.

But whereas during the spring lockdown Quebecers rallied around Legault’s ça va bien aller slogan (it’s going to be ok), his fall call for solidarity didn’t have the same effect.

A poll released last week by public opinion firm Leger found 73 per cent of Quebecers admitted to some slacking off when it came to following the rules, significantly higher than the national average of 63 per cent.

More than one health expert has argued that slackening explains, at least in part, why the virus has flared up again.

This social malaise, combined with the pandemic, risks generating a vicious cycle.

The harsh measures required to limit the spread of COVID-19 generate fatigue. But slackening leads to more cases, which then requires harsher measures, leading to more fatigue, and so on.

The easy way out of this cycle is having public health rules that are widely accepted.

Rex Brynen, a political science professor at McGill University, often explains the concept of legitimacy to his students by using the example of a driver who stops at a stop sign on a country road, in the middle of the night, when no one else is around.

It’s that level of legitimacy that Legault is hoping for, and needs, if the new lockdown is to last only 28 days.

In other words, Quebecers need to obey the rules even when police aren’t around to nudge them, or even if they have discovered a loophole.

But for that to happen, they need to understand what’s being asked of them first.

The existing confusion around the rules suggests that hasn’t happened yet.