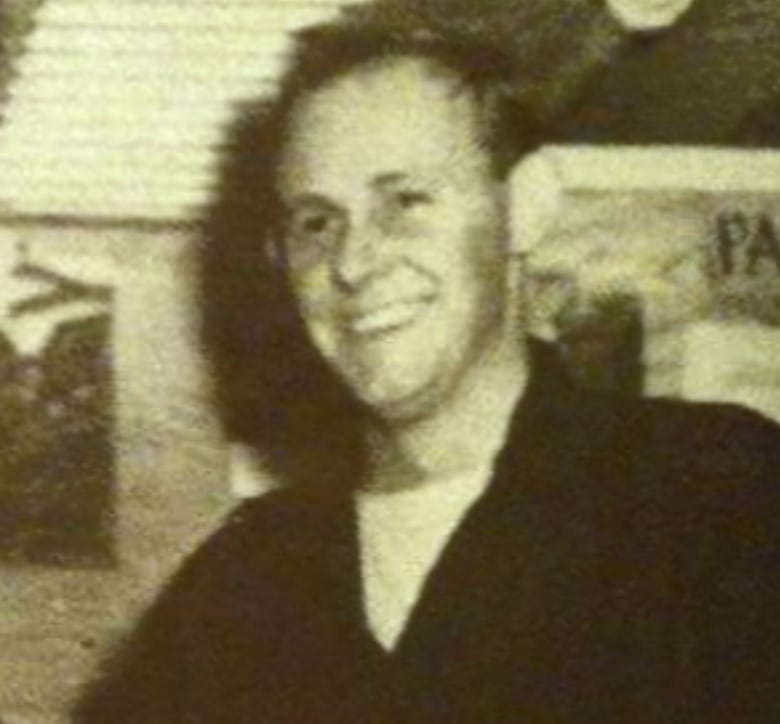 An Oshawa, Ont., woman whose father was murdered nearly 30 years ago says she’s being left out of the legal process that may soon grant the convicted killer full parole.

As a long-term care nurse, Lisa Freeman has been on the front lines in the fight against COVID-19. But she said she’s being forced to the “sidelines” in the parole hearings for her father’s killer.

“This has been absolutely hell for me,” Freeman said in an interview.

Freeman was unable to attend a day parole hearing in March because of COVID-19 restrictions. And she recently found out that full parole could be granted this month, and there won’t even be a hearing to attend.

“It’s so unfair,” Freeman said. “If you’re still standing after the initial crime, the system will bring you to your knees.  And that’s what’s happening.”

Her father, Roland Slingerland, was brutally killed in Oshawa in 1991.

The 58 year-old navy veteran and father of three was looking after a rooming house. John Terrance Porter came to the house in search of a girlfriend. Porter was enraged, and Slingerland told him he didn’t know where the woman was (Freeman later learned her father did know the girlfriend’s whereabouts, but kept it from Porter).

Armed with a hatchet and an axe, Porter hacked Slingerland to death. Freeman, who was 21 at the time, was called to the morgue to identify her father’s body.

Porter was convicted of first-degree and received a life sentence with no parole eligibility for 25 years.

His opportunity for day parole came last March. Freeman had purchased a plane ticket to British Columbia, where Porter was imprisoned, and booked time off work to go to the hearing.

But due to the COVID-19 pandemic, Freeman was told it would be conducted remotely and she couldn’t attend.

Porter was granted day parole, which is reviewed after six months. He’ll get his opportunity for full parole in October, through a “paper review” instead of an in-person hearing.

According to the Parole Board of Canada (PCB), approximately 65 per cent of parole reviews are conducted this way. In a statement, the board said in both in-person and paper reviews, “the views of victims are incorporated into Board members’ decision-making.”

In April, the PCB allowed victims of crime to participate in hearings via telephone while pandemic restrictions are in place.

Freeman believes victims of crimes should be seen when delivering statements that are often traumatizing, raw, and emotional. She questions why their participation should be any different than offenders, who have attended hearings via video conference throughout the pandemic.

The PCB is working on a video conference system for victims, but there are serious concerns about protecting the confidential information discussed at hearings. There is no timeline for this.

Colin Carrie, the Conservative Party MP for Oshawa, has tabled a private member’s bill aimed at improving transparency for victims of crime in the justice system.

In an interview, Carrie said Freeman has been “blindsided” by decisions made by the PCB without her input.

“It’s unfathomable that she’s not able to present her side of the story. The way this is being managed, she’s being re-victimized,” Carrie said.

The Conservative MP also supports videoconferencing for victims at hearings.

“It’s outrageous that victims do not have the same rights as those who are convicted of these horrible crimes,” he said.

Simon Borys is a corrections lawyer based in Kingston, Ont., who specializes in defending the rights of inmates. He was not involved in this case and said it’s logical for Porter’s upcoming hearing to be a paper review.

He said the day parole hearing last spring would have been extensive, discussing the inmate’s past, his rehabilitation and his feelings about his actions. He said the upcoming review only needs to consider the past six months of day parole.

“There’s really not a need to have another in-person hearing,” Borys said in an interview.

He adds that the primary focus for a parole hearing is the offender’s risk of re-offending, and that victims have “little or nothing” to do with this.

But he said that doesn’t mean victims do not have an important role to play in the parole system.

“It has a human component. And if participation and sharing their story with the parole board helps victims heal or feel better, then that is a value we can consider,” Borys said.

Freeman doesn’t know the day Porter’s parole review will happen, only that it is sometime in October.

If he’s granted full parole, Freeman expects to find out before the end of month. Someone from the board will call her after the decision has been made.