Getting into nature could benefit your mental health during the pandemic 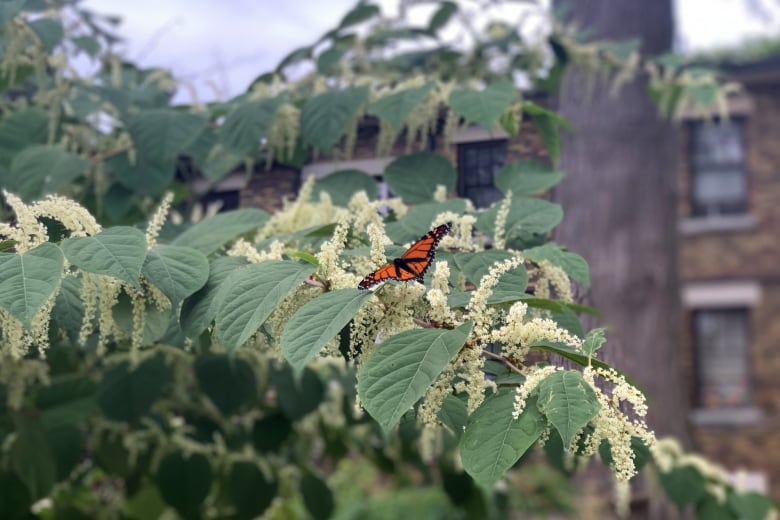 Getting into nature might benefit your mental health during the pandemic

There’s little doubt that the COVID-19 pandemic has put a strain on people’s mental health. The isolation, concern about the virus itself and worries about employment can all be a huge psychological burden. But a new study suggests “awe walks” might help.

In a small study published in the journal Emotions, researchers found that a trip through nature — like a forest or park — can boost positive emotions.

In the study, which looked at the mental health of older adults, 60 participants in California were asked to take 15-minute walks every day for eight weeks, with some assigned to awe walks and others who weren’t given instructions about where to walk.

People who responded to survey questions in the awe walk group reported an increased sense of wonder about the world around them. (For example, one participant wrote about “the beautiful fall colours and the absence of them amidst the evergreen forest … how the leaves were no longer crunchy underfoot because of the rain and how the walk was more spongy now.”)

The researchers found these positive emotions were even reflected in people’s selfies, where participants had “measurably broader smiles.”

Awe “is an interesting emotion, because it promotes what we call a ‘small self,'” said lead author Virginia Sturm, an associate professor in the departments of neurology as well as psychiatry and behavioural sciences at the University of California San Francisco.

“What that means is that when you feel awe, you feel smaller in relation to the larger world and the universe around us … yet more connected,” she said. All of the problems we perceive to be “really overwhelming, when we take a step back and look at [them] in this bigger perspective, they seem kind of smaller.”

Researchers found this smaller sense of self was reflected in the composition of people’s selfies, where, over time, the picture-taker moved to the side, taking up less space.

Sturm said that, anecdotally, she’s observed people taking greater notice of nature during the pandemic, whether it’s watching leaves in a breeze or daily backyard visits from a hummingbird.

“I think it’s more of a shift of mindset, to find awe in the small moments and spaces in our lives, rather than necessarily taking a trip to the Grand Canyon or doing something big,” she said.

That sense of awe can be found just about anywhere outside — you don’t necessarily have to take a trip to the park. It could be as simple as watching an ant forage on the sidewalk or finding a butterfly nestled on a nearby bush.

For those who are perhaps unable to get out of the house, even watching videos of nature or animals can cultivate a sense of awe, Sturm said.

She acknowledged that unpleasant things can also inspire awe, such as the coronavirus itself.

“It’s amazing that the world just turned upside down on a dime … and we’re all going through the same situation,” she said. “I’m in awe of the virus and what it has done to our society. I mean it’s amazing, not in a good way, but really powerful … I think it’s just a weird way that people are connected, because when else can we all experience the same thing for months and months?”

While the study was small and focused on older adults, Sturm said people of all ages “need little doses of positive feelings all the time to kind of counteract this intense stress and uncertainty that just pervades the world right now.”

In response to Laura Lynch’s story about the youth taking the Canadian government to court for failing to do enough to stop climate change, Jackie Wilson had this to say:

“I love that our kids are challenging Ottawa in court regarding climate policies! Governing will never be easy — so many people to please — but this, like COVID, requires bold action now. Our current leaders have shown that it can be done (with COVID). Our kids are reminding us that no matter how hard, this is their responsibility. I don’t think I’m overestimating when I say that everyone is stressed out about our current plundering of the planet for resources and the consequences that behaviour is having on world climate. Our elected leaders, no matter which party, have to make bold moves now. It’s their job and their responsibility. The bolder the move, the more respect they will get from me.”

There’s also a What on Earth radio show! This week, host Laura Lynch looks at vanishing Arctic sea ice — including proposals to slow the melt and protect what’s left before the Arctic loses its year-round ice. What on Earth airs Sunday at 12:30 p.m., 1 p.m. in Newfoundland, and is available any time on podcast or CBC Listen.

The Big Picture: The countries with the most forest area

Because they sequester carbon, trees are a key weapon in the fight against climate change. But in many places, they are in peril — whether it’s the wildfires in the western U.S. or clear-cutting in the Amazon. While many jurisdictions are enacting policies to protect or enhance their tree cover, some countries already have quite a lot. For example, the total land area of French Guiana in South America is made up almost 99 per cent of trees, according to 2015 figures from the UN Food and Agriculture Organization. (Canada is about 38 per cent.) Below is a global snapshot of the global forest situation — and the 10 countries with the most tree cover.

For the first time, Nova Scotia is proposing to poison a lake to kill off an invasive species. It’s a last resort to stop the spread of smallmouth bass from a headwater lake that flows into the St. Mary’s River system, which is home to trout and an Atlantic salmon population.

“We want to eradicate [the smallmouth bass] from this lake to ensure the integrity of the St. Mary’s River watershed is left intact,” said Jason LeBlanc, manager of resource management at Nova Scotia Fisheries and Aquaculture.

The problem is that the bass competes with native fish for food and habitat. Since it was first detected in July 2019, biologists have removed hundreds of smallmouth bass from Piper Lake in Pictou County, a five-hectare lake halfway between Stellarton and Sheet Harbour. The fish were netted, angled, stunned with current from an electrofishing boat and even starved of oxygen when a pump lowered water levels last fall ahead of the winter freeze.

But LeBlanc said they “managed to survive the winter and in fact, this spring successfully spawned again.” That meant trying something “more drastic” — namely, pumping around 35 litres of the pesticide rotenone into the shallow lake (its deepest point is three metres).

“For the most part, other organisms are unaffected. The concentrations of rotenone we will be using in this lake are very, very small. It’s a product that’s approved through Health Canada, used in several other jurisdictions specifically for this purpose,” he said.

Rotenone starts to break down within hours, he said, “and within a few days would be undetectable.”

The department will temporarily block the outflow so rotenone will be confined to Piper Lake. Tests that can detect traces of DNA left behind by a species were taken downstream; no presence of smallmouth bass was found, offering hope they have not spread beyond Piper Lake.

Nova Scotia Fisheries and Aquaculture has applied to the provincial Department of Environment and the federal Department of Fisheries and Oceans for permission to use the pesticide. The application is in the middle of a 30-day public comment period. If approved, rotenone would be pumped into the lake in mid-October.

In addition to the bass, the lake contains native yellow perch, brown bullhead catfish, shiners and minnows. It’s believed the bass were illegally dumped in the lake in 2018.

Several groups have written letters of support of the plan, including the Ecology Action Centre in Halifax. The environmental group normally opposes pesticides, but says in this case it is “appropriate and necessary” to protect native trout and salmon.

“We recognize the clear and immediate threat to the entire St. Mary’s River system if this invasive species spills out of Piper Lake,” said EAC senior wilderness co-ordinator Ray Plourde, in a letter to Keith Colwell, the minister of fisheries and aquaculture.

“It’s not something you entertain lightly or easily. There’s a lot of healthy debate and science that goes into making that decision,” said Kris Hunter of the Atlantic Salmon Federation. “We view this as sort of a preventative conservation effort … you’re not just doing what’s good for now, but you’re doing what’s going to be good for the long-term health and future of the system.”

LeBlanc said after the application is used, he expects native fish species will naturally repopulate the lake over time. Annual monitoring will be conducted to assess recolonization of native species and restocking will occur if required.