Art Cashin: It’s ‘pretty obvious’ the Fed is moving to the whims of the markets 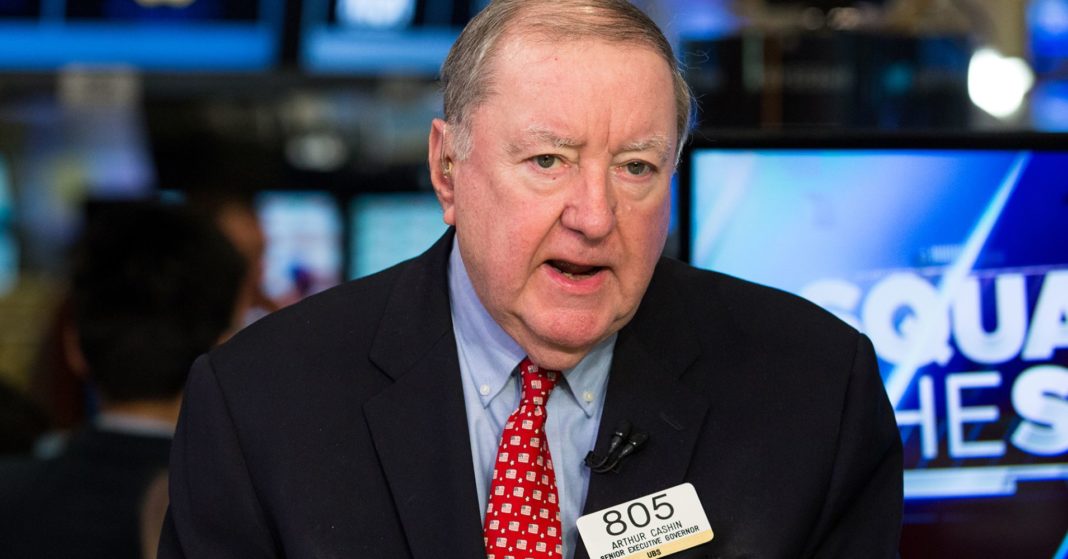 The Federal Reserve is continuing to change its tune as officials react to the whims of the stock markets, veteran trader Art Cashin told CNBC on Wednesday.

“It’s pretty obvious,” he said on “Closing Bell.” “The fact that you look two or three meetings ago, it’s a completely different Fed and that’s … a reaction to the market’s reaction.

Cashin, the UBS director of floor operations, made his comments shortly after the Federal Open Market Committee decided to leave its benchmark interest rate target unchanged and said it would be “patient” in determining future rate increases.

In a press conference following the announcement, Fed Chair Jerome Powell made his strongest statement yet about the central bank changing its outlook on the hikes.

“The case for raising rates has weakened somewhat,” Powell said.

“There’s no question” the Fed chair was reacting to the market even though “he was shrinking away from [admitting] that,” Cashin said.

When asked during a Wednesday afternoon press conference about a so-called “Powell put,” Powell said this situation “calls for patience.”

The “put” is the notion that the central bank would take action to support stock prices in times of volatility, without explicitly saying it was doing so. A put is an option that pays off when a security’s price falls below a certain level.

“I think it does, and it’s just the stance of policy we think is appropriate,” he continued. “We see these uncertainties and we see a time when … we have the luxury of being able to wait and watch, and that’s what we’re planning to do. I think it’s the right thing.”

Powell was blamed by many, including President Donald Trump and CNBC’s Jim Cramer, for causing a market sell-off in October when he said rates were “a long way from neutral.” Those comments ignited concerns about the possibility that the Fed would be more aggressive in tightening.

On Wednesday, the Dow Jones Industrial Average was buoyed by the Fed’s decision to keep rates intact. The index gained more than 430 points in the session to close north of 25,000 for the first time since early December.

“I think getting back above 25,000 is giving everybody a sigh of relief,” Cashin said, pointing out that there had been concern 2019 was starting out much like 2018. “I think getting up to this level, getting the S&P up around the 2,700 level, gives the chartists — even the cocktail napkin chartist like me — a sense that we’ve got a little breathing room here.”

— CNBC’s Jeff Cox and John Melloy contributed to this report.