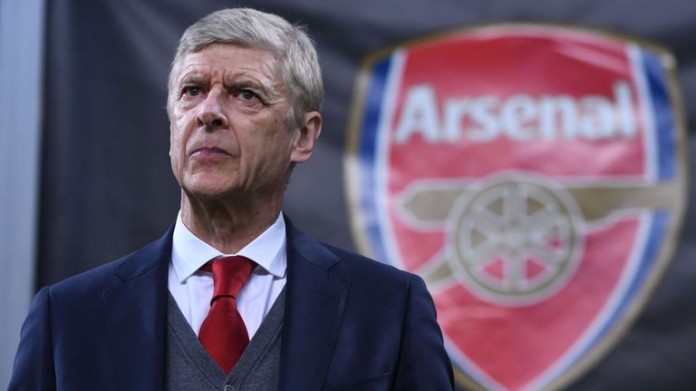 Arsenal are preparing for the second leg of their Europa League last-16 tie against AC Milan on Thursday night at the Emirates.

However, a number of critics have suggested Wenger should leave the club following a run of bad results.

Nicholas believes Wenger should try to go out on a high and should announce his intentions if Arsenal proceed to the quarter-finals of the Europa League.

Nicholas told Premier League Daily: “It might be the right time to get through, be in the draw, see where it gets you on Friday and then make an announcement I would suggest ‘this will be my last campaign’.

“I’m all in for the Europa League which means we will get to the Champions League format and try and leave it on a good feel factor and we can applaud him when he is ready to go.

“I don’t whether he will listen to me and that will come through but I think that is what is required at the football club.”

Wenger previously revealed his future at the club “is not in his hands” and he always gives his “best to the club he loves”.

The north London club backed up their Milan performance with a 3-0 victory over Watford on Sunday.

Henrikh Mkhitaryan and Aaron Ramsay scored in their 2-0 win against Milan at the San Siro in the first leg of their Europa League tie.