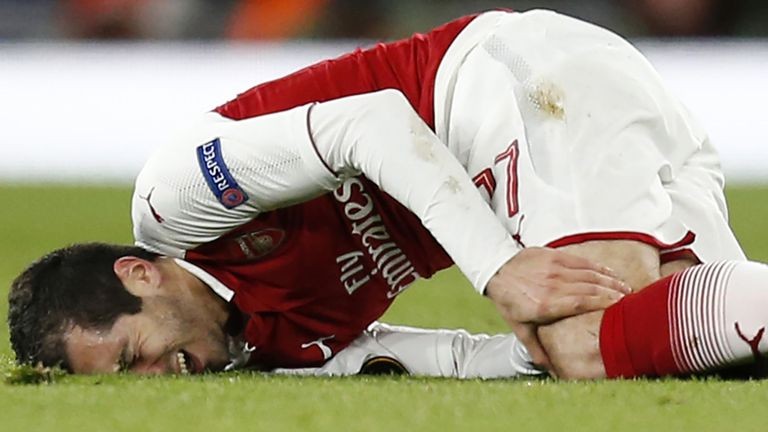 Arsenal midfielder Henrikh Mkhitaryan has suffered knee ligament damage but could still return before the end of the season, Arsene Wenger has revealed.

Mkhitaryan limped out of Thursday’s Europa League quarter-final win over CSKA Moscow with the problem and, speaking after that 4-1 win, Wenger admitted he feared the worst.

The Gunners’ January signing had already been ruled out of Sunday’s 3-2 win over Southampton and the return leg in Moscow but Wenger delivered a more positive prognosis after an eventuful victory at the Emirates.

“He’s got knee ligament damage,” Wenger told reporters. “He will not be available for Thursday (v CSKA) and not for Newcastle and certainly not for the week after, I think we play West Ham.

“I think he will miss these games for sure, but he could still play at the end of the season.”

Arsenal are already without Pierre-Emerick Aubameyang – their other key January arrival – in the Europa League, with the striker ineligible after previously featuring for Borussia Dortmund.

But Alexandre Lacazette has recently returned from a knee injury of his own and Danny Welbeck staked his claim to provide support with two goals against the Saints.

Arsenal’s Premier League campaign concludes at Huddersfield on May 15, with the Europa League final – should they get there – taking place three days later in Lyon.