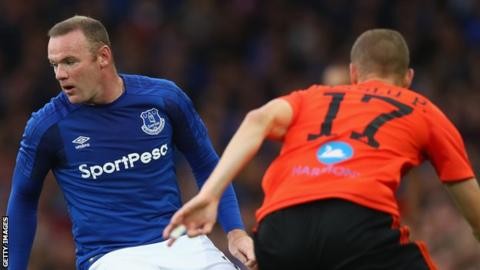 Arsenal have been drawn in the same group as BATE Borisov, Cologne and Red Star Belgrade in the Europa League.

It is the first time in 20 years that the Gunners, who finished fifth in the Premier League last season, have started a season in Europe’s second-tier competition.

The Toffees will also face Italian Serie A side Atalanta and Apollon Limassol of Cyprus.

Everton, who completed their play-off victory over Croatian side Hajduk Split on Thursday, are in Europe for the first time since 2014-15.

The group stage begins on 14 September.