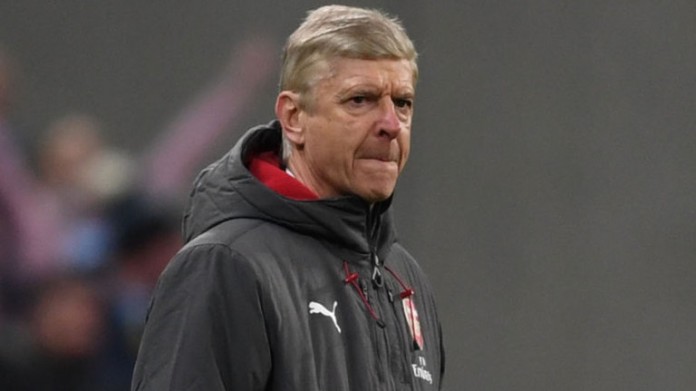 Arsenal boss Arsene Wenger believes the quality of opponent in the Europa League is now at a “higher level than ever before” as his side prepare to face AC Milan at the Emirates.

Arsenal halted a run of four consecutive defeats in all competition to take a 2-0 lead home from the first leg in Italyearlier this month.

The Gunners will look to complete the job on Thursday at the Emirates but Wenger believes it will be difficult for his side to win the Europa League this season due to the standard of the teams left in the competition.

“The Europa League, if you look at the teams that are in there this season, it is very strong,” said the Frenchman.

“We play Milan for the chance to reach the quarter-final. You look who is in there – Milan, Dortmund, Atletico Madrid, Arsenal, all the French teams.

“You have many good teams in there and this competition is maybe this season at a higher level than ever before.”

The Gunners claimed their second consecutive victory on Saturday with a 3-0 win over Watford and Wenger has urged his side to maintain that consistency when they face Milan.

“Consistency in a sign of quality and that is the most important quality for me,” he said. “Sometimes when you have a negative spirit it is difficult to get out.

“That is why it was important for us to turn the corner especially when you have three games in one week, if you lose the first one you have more chances to lose the next one.

“It was important to get out of that.”

Wenger expects to have almost a fully-fit squad available for the Milan game, but admitted it had come too soon for striker Alexandre Lacazette, who is out with a knee injury until after the upcoming international break.

“Some players have tests this morning and everybody is available apart from Lacazette,” said Wenger. “He has come back into training but it is too short for him to be available for tomorrow. He is on track.

“He had a full session outside today and should be available after the break.”