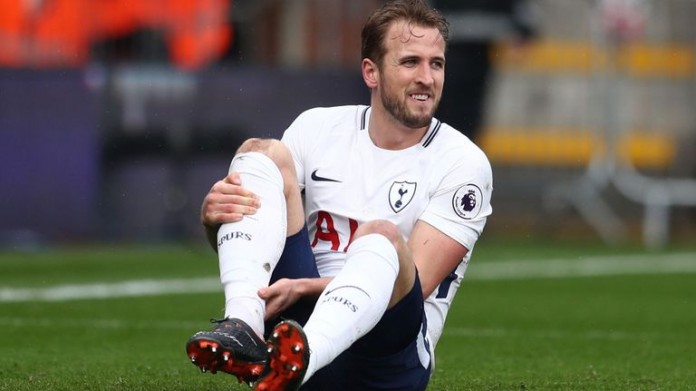 Harry Kane is expected to return to Tottenham first-team training next month after damaging ankle ligaments.

National newspaper reports on Tuesday had suggested Kane could be out until May after injuring his right ankle in the win over Bournemouth on Saturday, jeopardising his place in England’s squad for this summer’s World Cup.

But Tottenham announced on Wednesday the club expect to welcome Kane back into senior training in April following preliminary assessments.

The 24-year-old was out for two separate spells last season with injuries to the same ankle, prompting Tottenham manager Mauricio Pochettino to admit he was “concerned” by a potential recurrence after the victory against Bournemouth.

Kane missed six weeks when he first injured his right ankle in the final minutes of a 1-0 win over Sunderland in September last season, leaving the pitch on a stretcher before departing the stadium on crutches and wearing a protective boot.

He injured the ankle for a second time during a 6-0 win over Millwall in the FA Cup in March 2017, missing four Premier League games.

Kane now looks set to miss the majority of Spurs’ remaining fixtures – including any potential run in the FA Cup, with Tottenham facing Swansea in the quarter-final on Saturday.

Meanwhile, Gareth Southgate’s options would be limited without Kane, who is the highest-scoring Englishman in the Premier League this season on 24 goals, with Raheem Sterling (15) and Jamie Vardy (14) second and third respectively.