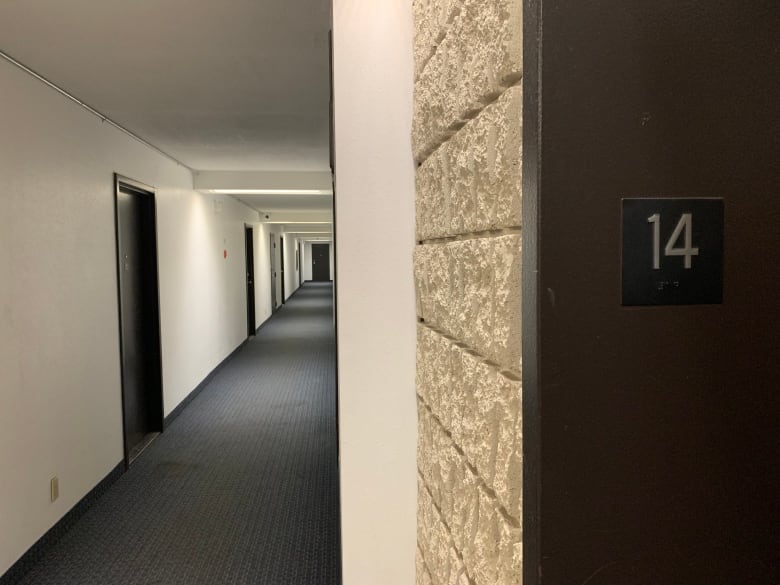 Ottawa police are reviewing how officers handled the arrest of a 39-year-old man after CBC News obtained security camera footage that showed police repeatedly striking the man while he appeared to lay prone on the ground.

The short security camera video from May 25 showed three officers arresting the man in the 14th-floor hallway of the Riverview Place apartment building, located at 180 Lees Ave. near the University of Ottawa.

Before being pushed to the ground by police, the man is seen wrapping his arms around his body and bending his head down. One officer’s back blocks the camera view of the man except for his sneakered feet, which don’t appear to be moving.

Footage of the May apprehension was recently sent to CBC News by a confidential source who was concerned police used too much force during the arrest. The source said the second officer was a “bike cop.”

CBC News has been unable to interview the man but has identified him as Ty Truong, who is currently in jail. He faces eight charges, including possession of crack cocaine, assaulting a peace officer, dangerous operation of a motor vehicle and breach of probation.

A police spokesperson said the arrest was the culmination of a three-day search for Truong, who had allegedly fled in a vehicle and struck an officer on May 22 during an attempted arrest following a drug-trafficking investigation.

“When he fled, it’s alleged he assaulted an officer and drove in a dangerous manner,” the spokesperson wrote in an emailed statement.

Police said when the suspect was found three days later, he “ran at the officer and resisted arrest.”

The video viewed by CBC News did not show this portion of the arrest. CBC News was also not able to identify the officers in the video.

According to the statement drawn from the arrest report, police alleged the “subject was seen holding an object and refused to comply with demands from officers to surrender his hands so he could be handcuffed.”

CBC News asked a criminologist and a retired police officer to review the video, and they had vastly different interpretations of what they saw.

University of Winnipeg criminologist Kevin Walby said police are supposed to follow a “one-plus-one” rule, meaning they can use one level of force above what they are met with. He said the man in the video isn’t moving when the second officer arrives.

“There is no twisting, no legs flailing, you don’t see his arms moving … to me that’s zero level of resistance. So it doesn’t make sense to have the knees, the elbows and the punches to the spleen and so on,” he said.

Walby acknowledged that the suspect begins moving after the second officer arrives, but that doesn’t necessarily indicate that he is resisting. The criminologist said he could be “wriggling from the pain” of the blows.

“I’m concerned about [the second officer], and I do think this is excessive and brutal.”

WATCH | Use of force ‘way above what was warranted,’ criminologist says:

Use of force ‘way above what was warranted,’ criminologist says

University of Winnipeg criminologist Kevin Walby says police are trained to use one level of force above what they are met with. In this case, he says the suspect doesn’t appear to be resisting, making it unnecessary for the officers to use the level of force seen in the video. 1:34

Retired Ottawa deputy police chief Larry Hill said police are trained to use distraction punches and knee strikes to cause temporary pain to gain compliance during an arrest.

Hill, who retired in 2007, initially thought the number of strikes used by the second officer was excessive. In an email, he questioned if compliance could have been achieved by “holding him and issuing calm but firm commands.”

But after closer analysis and reviewing the footage several more times, Hill said the use of force may be appropriate as the video seems to show officers had a difficult time getting handcuffs on the man.

“By the way the officer was struggling with the suspect, it looks to me that they were trying to get the suspect’s arm out from under him in order to affect the handcuffing and the arrest,” Hill said.

It’s unclear in the video where the officer punched the man, but Hill said officers are trained to direct strikes to the mid-section in such a scenario. For transparency, he said Ottawa police should review the incident because these arrests “always look bad.”

“Most people have not been exposed to this kind of thing…. In the eyes of a community member, they probably would think this was excessive [use of force],” he said.

WATCH | Retired officer says strikes may be used to get ‘compliance’ during an arrest:

Retired Ottawa deputy police chief Larry Hill says police are trained to use various methods to get compliance during an arrest, though he questioned the number of strikes used by the second officer. 1:35

CBC News spoke to four Riverview Place residents who heard the commotion but did not see the altercation. The arrest took place just a few steps from Beverly Hobbes’s corner unit.

When the retiree decided to find out what was happening, she found an officer standing just outside her door.

“He said, ‘It’s OK, go back inside your apartment,'” Hobbes said.

Following the arrest, Ottawa police said officers treated a cut on the man’s wrist from handcuffs, and he refused further medical attention.

Without eyewitnesses, two hallway surveillance cameras will provide the best record of what happened. There are also cameras inside the elevators. Ottawa police said they will look at all available footage and interview the suspect in its review of the case.