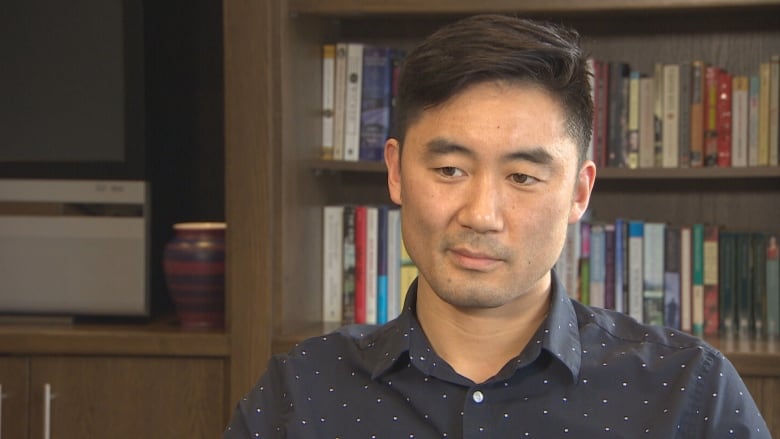 The topic of guns has dominated the last week of the federal election campaign. Liberals have attempt to drive a wedge between themselves and the Conservatives over a ban on “assault” style weapons, and Conservative leader Erin O’Toole backtracked on a plan to reverse that ban.

But all the parties seem to agree on one thing — gun violence is a pressing and growing issue.

“Our communities should be safe and peaceful places to live and raise children, but American-style gun violence is rising,” the Liberal platform reads.

“Too many lives have been lost in Canadian cities to rising gun crime,” the NDP platform concurs.

Is gun violence rising in Canada and, if so, what do we know about it? CBC News looked into it with a fact check.

Criminal gun violence has risen in Canada — and by a fairly significant margin, according to Statistics Canada.

From 2009 to 2019 criminal use of firearms increased 81 per cent, the agency reported. 2019 saw a nine per cent increase over the previous year.

This includes not just discharging a firearm, but also pointing it — for example, as part of a bank robbery.

And the COVID-19 pandemic did not do much of anything to reverse the trend.

Last year, there were 8,344 victims of violent crimes which involved guns, according to a report from Greg Moreau of the Canadian Centre for Justice and Community Safety Statistics.

“This rate was unchanged compared to 2019 … Since reaching its lowest point in recent years in 2013, firearm-related violent crime has generally been increasing, with the exception of a decline between 2017 and 2018,” the report reads.

“The number of violent offences specific to firearms increased by 593 incidents in 2020, resulting in a 15 per cent rate increase.”

Jooyoung Lee, an associate professor of sociology at the University of Toronto who studies gun violence, says Canada has seen an uptick in homicides.

“There is somewhat of an increase, nationally speaking, especially over the last three or four years,” he said.

But the rate of homicides with firearms has broadly held steady in recent years, according to StatsCan data.

Lee said that while guns can be deadly, they’re often not.

“Homicide is really like the tip of the iceberg when it comes to violent crime,” he said. “That’s not taking into account non-fatal shootings, which are the overwhelming majority of shootings.”

Suicide, another aspect of gun violence that’s fatal, is much more common than homicide in Canada — but it has not shown a sustained increase over the past 20 years. After peaking in 2015 at 4,405 suicides, there were 3,540 in Canada in 2020, according to Statistics Canada.

Suicide has a well-documented positive relationship with gun ownership.

As gun violence increases, the public is making its concern known.

According to public opinion research on firearms by Public Safety Canada, 47 per cent of Canadians feel that gun violence is a threat to their community.

An Ipsos poll in 2020 reported that an overwhelming majority (82 per cent) of those surveyed supported Bill C-21, the legislation aimed at banning a range of “assault-style” weapons.

A Leger and Association for Canadian Studies survey in 2021 reported that about two thirds (66 per cent) of respondents favoured stricter gun control in Canada. Only 10 per cent favoured looser regulations, while 19 per cent favoured the status quo.

Christian Pearce, a criminal defence lawyer based in Toronto who is also author of Enter the Babylon System, a book about gun culture, says that while gun violence is a serious issue, he thinks public concern about it is overblown.

“It has a dimension that invites fear,” he said. “Fear not only of gun crime itself but of the other — because of who the gun problem is stereotypically connected with.”

“I don’t think the problem that we have is of a magnitude that justifies a lot of the knee-jerk responses that we end up getting.”

What can be done?

Seizing on public consciousness of the issue, the parties have put forward policy proposals they say will reverse the trend.

The Liberals, for example, would introduce a buy back program for banned firearms and would set aside $1 billion for provinces and territories which ban handguns. The Conservatives have proposed hiring more police officers. The NDP have proposed funding for community anti-gang projects — and this sample is not close to exhaustive of the platforms on the issue.

But both Lee and Pearce say they’d like to see a more community-driven, proactive approach to address the roots of gun violence.

“People don’t really want to look at the larger problem that underlies gun crime, which is not really about guns but is about economics, classism, cumulative disadvantage,” Pearce said.

Lee concurs, and would like to see efforts to protect and deter the most vulnerable before tragedy strikes.

“We have to create a society that shields the most at risk from going down that path, and that takes a real bold vision. It takes thinking outside the box and not just constantly responding to the latest uptick in shootings,” he said.

“That’s the current model in a lot of cities, unfortunately.”

Good policy to address gun violence is being held back by a lack of good data, Lee says. Specifically, researchers don’t have a good enough idea of where illicitly-obtained firearms are coming from, which could inform efforts to curb the rise.

For now, Lee is skeptical that measures like more police and bans on certain types of guns will achieve much good.

“The notion of a ban makes everybody think, ‘OK, these guns won’t be here anymore, and they won’t be used in crime.’ But if the patterns now mirror those of the past, something like that probably won’t have that big of an impact.”