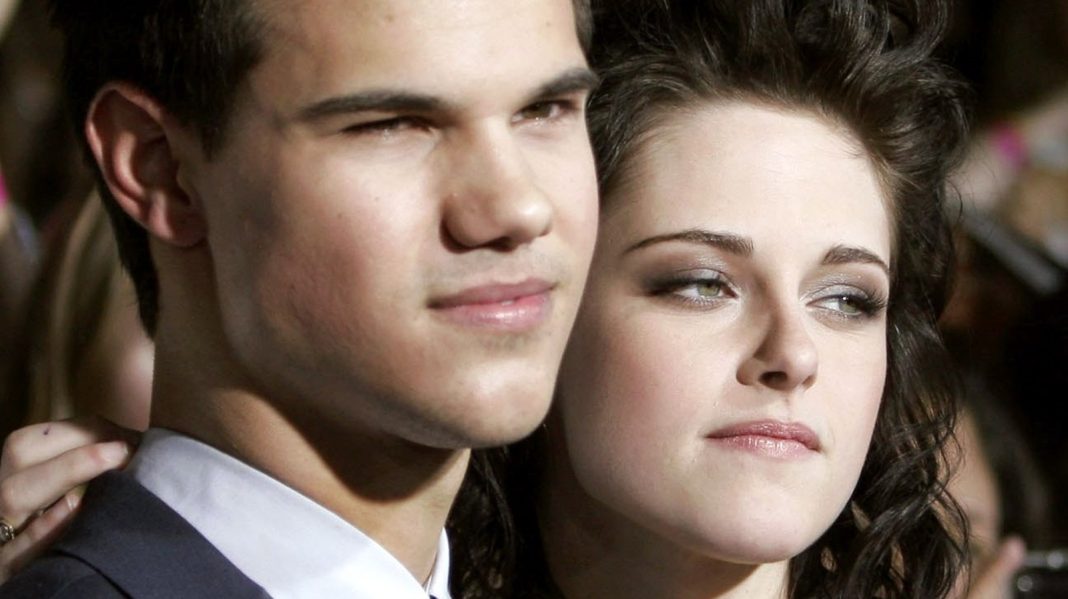 It looks like Taylor Lautner is still following Kristen Stewart’s career after all these years. On June 6, hairstylist CJ Romero shared a video of Stewart breaking some big news on his Instagram page. “I am scarily excited to announce that I’m teaming up with Scout — the producers of ‘Queer Eye,’ ‘Legendary,’ ‘The Hype’ — on the most gayest, most funnest, most titillating ghost show ever,” she said. Lautner was clearly a fan of the concept. “LETS GOOOO!!!!!” he wrote in the comments.

It’s not the first time the “Scream Queens” star has supported Stewart’s post-“Twilight” work. In 2015, Lautner showed up at the premiere of her movie “American Ultra.” At the event, Stewart told E! News, “I love Taylor. He’s one of my boys … He’s like one of my best friends. So I just thought, ‘Come see the movie and hang out.'” Their friendship was still going strong four years later when Stewart scored an invite to Lautner’s 27th birthday bash, per W Magazine. Romero was also at the event and took to Instagram to share a photo of the reunited stars engaging in a group hug that looked way cozier than that tent scene in “Eclipse.”

Clearly, Lautner wasn’t lying when he described himself as a “loyal” friend in a 2012 Cosmopolitan interview. He also gushed over Stewart, saying, “Kristen is fantastic at everything she does. I’m always proud of her.”