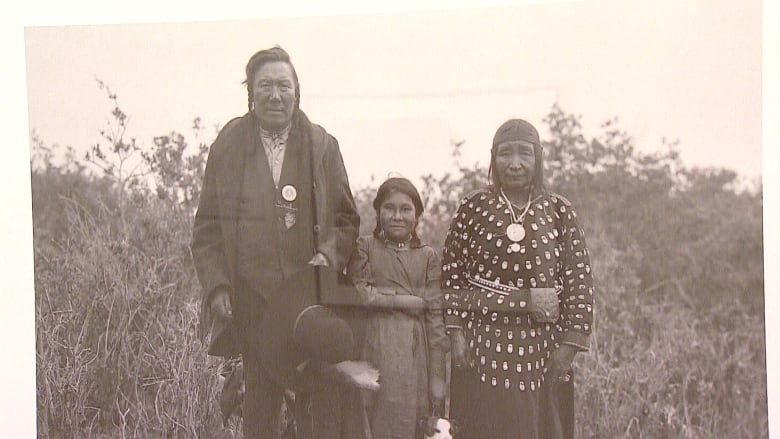 Two photographers documented Indigenous communities around Calgary over several decades starting in the 1930s, but not the regalia you might see in a Stampede parade. The pictures show the real, day-to-day lives of a people and their family connections, during a time of residential schools and other cultural horrors.

A new Nickle Galleries exhibit, Turning the Lens: Indigenous Archive Project, is a sampling of the work of Rosemary Gilliat Eaton and Arnold Lupson. The writer, journalist and cultural activist who pulled them all together says he walked away with a deeper understanding as well.

“What resonated with me was the amount of time he spent in the community,” Paul Seesequasis said of amateur photographer Lupson.

Lupson became fascinated with Indigenous people after moving from England to Calgary in the 1920s.

“He became fascinated. He eventually married into the Big Plume family and was adopted. Through his lifetime, he took hundreds upon hundreds of photos.”

Although not related by blood, he was embraced by the communities, they trusted him.

“I think what people will learn is that Indigenous culture is not just beads and feathers,” Seesequasis said.

“Indigenous culture is adapting, it’s always been adapting. It shows the strength and resilience of communities during hard times economically, but also the time of residential schools, passes, that sort of thing. Yet the family unit and kinship-linked ties were very strong. I think people get a deep appreciation of that through these photos.”

Seesequasis said Turning the Lens, which runs until Dec. 14, could connect some dots if people recognize the photographic subjects.

And it’s not a sad story but more of a tribute.

“To honour the strength and resilience of previous generations who went through some very difficult times but never lost their bonds of family and of kinship and of culture and language,” he said.