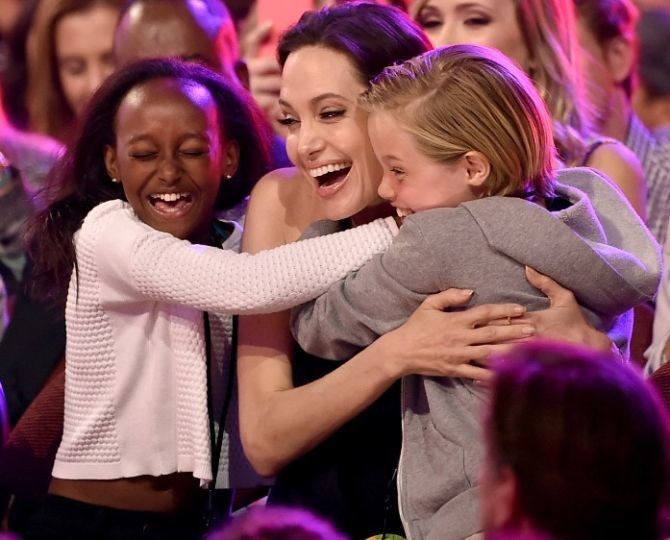 Angelina Jolie is ready to give her daughter one magical birthday!

Days before celebrating her 11th birthday, Shiloh Jolie-Pitt was able to enjoy a trip to the Disneyland Resort in Anaheim, Calif.

E! News has learned the birthday girl along with family and friends have been able to explore the theme park and surrounding attractions since Thursday.

In addition, the group enjoyed a bit of shopping at Downtown Disney including a stop in the Ridemakerz store, which is similar to a Build-a-Bear but for toy race cars.

“The store clerk was showing her kids the remote control cars that they offer,” an eyewitness shared with E! News. “She was in a good mood and was asking the kids if they liked any of the cars.”

According to People, some of Shiloh’s friends who were at Disneyland are some of the same child actors who appeared in Angelina’s Netflix film called First They Killed My Father.

The family friendly day out comes just a couple of weeks after Angelina celebrated Mother’s Day with Pax Jolie-Pitt.

E! News confirmed that the 13-year-old and actress bonded over a private dinner at TAO Asian Bistro in Hollywood.

“She appeared in high spirits and they both looked very happy to spend Mother’s Day together,” a source shared with us. The Unbroken director “was really amused by the Geisha-shaped chop stick holders, because underneath them it says ‘stolen from TAO,’ and she kept laughing about it. It was funny! They were giggling and laughing throughout dinner, but they loved the chopstick holder message.”