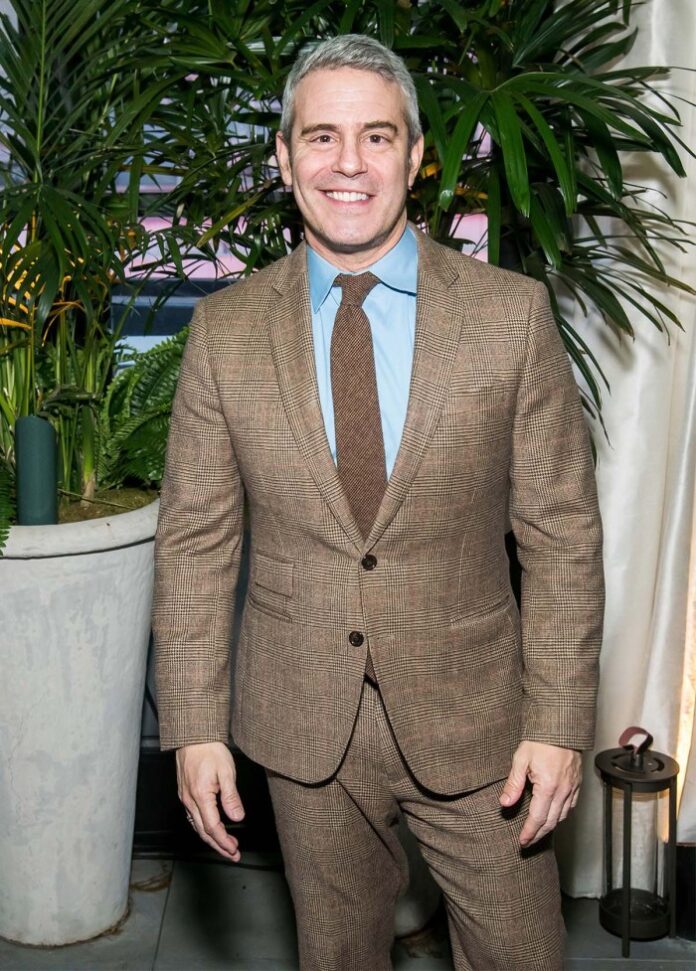 Life of the party! Andy Cohen has no plans of reining in his drinking while cohosting CNN’s New Year’s Eve Live with pal Anderson Cooper.

“It’s fun for me because I’m a guest on CNN, so I’m like a visitor,” Cohen, 54, told Rolling Stone in an interview published on Wednesday, December 28. “I’m going to just march back to Bravo at 12:30 in the morning and be done with it.”

The longtime Bravo host and producer joked: “And so I can kind of torch the place while I’m there, and then head out.”

The Watch What Happens Live! With Andy Cohen star further explained that his “job” on the annual New Year’s Eve broadcast is to “take Anderson out of his comfort zone” and have a good time.

“My job is to be a party ringleader for everyone watching us on New Year’s Eve,” Cohen told the outlet. “And that is what I will continue to do.”

The Missouri native has been working alongside Cooper, 55, since the 2017-18 show. While the BFFs have been known for knocking back shots on camera, it wasn’t until the 2021-22 broadcast that Cohen really made waves for his shenanigans.

The Radio Andy host turned heads in January when he threw shade at Ryan Seacrest and his work on Dick Clark’s New Year’s Rockin’ Eve event.

“He’s a really nice guy. And I was — as they say— in my cups, and I was kind of enjoying the rant. I was like, ‘Wow, it’s really fun being on CNN just ranting like a nutty guy. This is fun,’” Cohen said on The Howard Stern Show in January. “So I kept going and that I felt bad about and I texted Ryan the next morning.”

CNN later released a statement backing Cohen, noting that while the TV personality “said something he shouldn’t have on live TV,” the network was looking “forward to having him back again next year.”

Last month, Variety reported that CNN chairman Chris Licht planned to sober up New Year’s Eve Live following the 2021-22 controversy. Cohen, however, declared on WWHL in November that he was going to “party harder” than ever.

“What [Chris Licht] said was that he didn’t want the correspondents out there drinking, but that he wanted Anderson and I to do our thing,” the former Millionaire Matchmaker producer told The Hollywood Reporter amid speculation that the new guidelines were directed at him. “So I’m happy to do our thing. My only directive for years on CNN has been to have fun on New Year’s Eve, and that is absolutely what I plan to do.”

Cohen doubled down on his party plans while speaking with Rolling Stone on Wednesday, confirming that “CNN said the correspondents will not be drinking.”

He clarified that he and Cooper “will be the people partying on CNN,” adding that they would be doing so “responsibly.”

The Most Talkative author added: “And as a matter of fact, if the correspondents are not drinking this year, I will be partying even harder on their behalf.”

Seacrest, for his part, told Entertainment Weekly on Monday December 26, that he doesn’t “advocate drinking when one is on the air.” The Live! With Kelly and Ryan cohost added: “I don’t know how that started as a tradition but it’s probably a good idea [to scale back], CNN.”