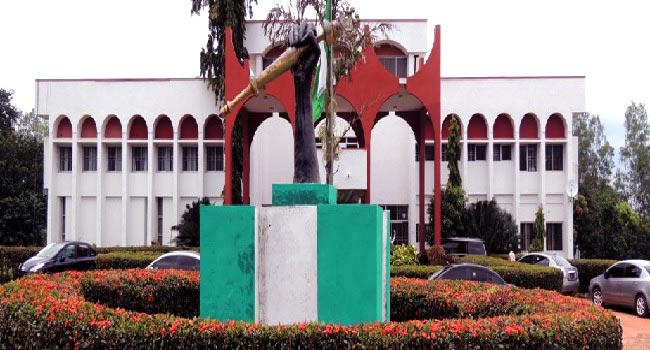 Factional members of the Anambra State House of Assembly on Thursday condemned the sealing off of the House of Assembly by police authorities, saying they will take legal action against the Nigeria police if they fail to unseal the legislative complex on or before Tuesday, 27 November 2018.

The lawmakers who arrived the Assembly premises at about 11:59am led by it speaker, Hon. Ikem Uzoezie, to resume sitting were stopped by security men at the gate of the complex.

The police in sealing off the premises said it was to forestall breach of peace.

But the lawmaker said the continued sealing of the Anambra legislative house was not only unconstitutional but a frontal attack on democracy in the state.

The speaker who addressed journalists on behalf of his group, describing the police action as uncalled for, urged the religious body, Traditional rulers and the general public to intervened on the development to enable them to discharge their legislative assignment.

According to the Speaker, “It is on record that there was no incident or semblance of any crises that occurred among the members or within the premises of the Anambra State House of Assembly to warrant the leadership of the House to request you (Police) to take over, seal off and secure premises of the Assembly.”

Other lawmakers; Hon. Onyebuchi Offor (PDP Minority leader) and Hon. Victor Jidefor Okoye, (APGA Majority leader),who also spoke on the development, described the action of the police as illegal, unconstitutional and an abuse of office.

The lawmakers called on the Inspector General of Police, Mr. Ibrahim Idris to caution the Anambra State Command, stating that the command’s action amounted to attacking the symbol of democracy in the state.