Analyst sees ‘50% upside’ if the feds break up Alphabet 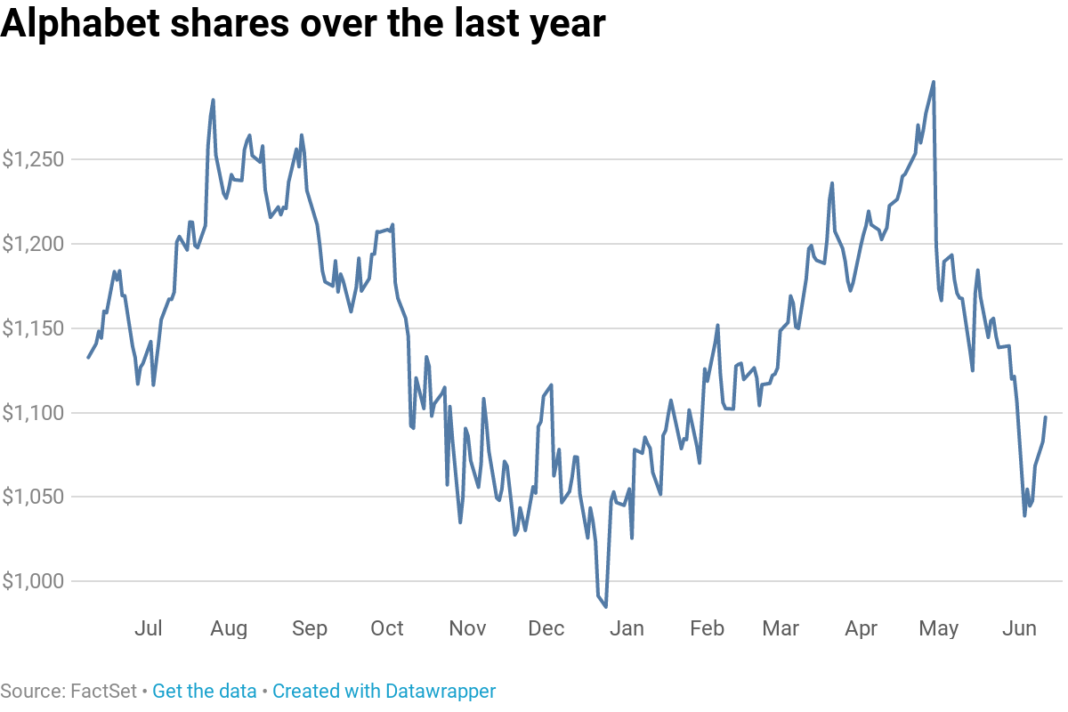 Usually Wall Street hates the idea of the government breaking up business.

But if the Department of Justice’s antitrust probe into Google-parent Alphabet results in the tech giant’s dissection, the value of the total company could rise by 50% to shareholders, according to one equity analyst.

Needham’s Laura Martin defended her contrarian sum-of-the-parts thesis to clients in a note, writing that the market would value pieces of Alphabet higher after the break-up than they do right now for the entire conglomerate together.

“Investors generally pay more (in aggregate) for pure plays because each investor can decide how much cloud risk vs video risk vs search engine risk vs Waymo risk, etc. they want, rather than owning all of them,” Martin wrote. “If the DOJ decides to break up GOOGL, we calculate there is about 50% upside for shareholders.”

Further, Alphabet’s “disclosures would improve because smaller corp entities make more items ‘material,'” she added. And “CEOs of individual entities would have upside tied exclusively to their [profits and losses], rather than search engine funding.”

Martin’s official target is $1,350 per share over the next 12 months. The stock rose 1.3% on Tuesday following Martin’s note. 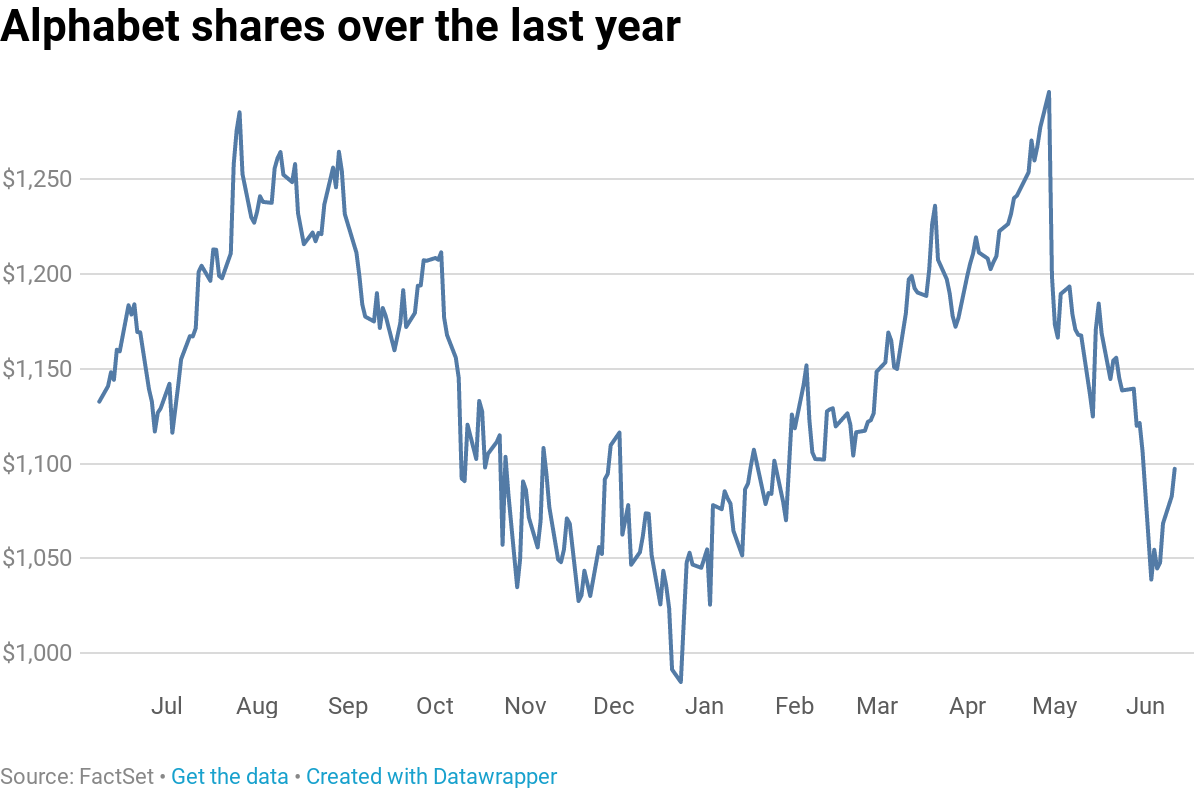 The analyst’s note comes as the Federal Trade Commission and the Department of Justice launch privacy and antitrust probes at a number of top tech companies, including Facebook and Alphabet. Meanwhile, Congress will hold its first hearing Tuesday afternoon on anti-competitive practices at the nation’s tech titans, an introduction into a more extensive investigation into the digital market.

The House Judiciary Committee has already notified Amazon, Google, Facebook and Apple that they, and their power over public life, will be scrutinized as part of their inquiry.

But fears of a government crackdown on anti-competitive behavior have weighed on shares of many of Wall Street’s favorite tech names, with Apple, Alphabet and Facebook all down at least 7% from their April highs.

Alphabet stock in particular has seen a steep sell-off, down 15% from a high on April 29. That’s reduced its market value by about $140 billion, larger than the entire worth of Adobe, PayPal or Nike. But Martin said such a decline represents a rare buying opportunity, a chance to snap up Alphabet stock at a relatively cheap price considering the “overdone” regulatory concern.

The concern is overstated, “especially now that the DOJ has jurisdiction and only an anti-trust agenda,” she wrote, saying that there’s likely a 50-50 chance the Department of Justice decides breaking up Alphabet is the best path forward.