An Interesting Dive Into Aubrey Plaza’s Life And Career 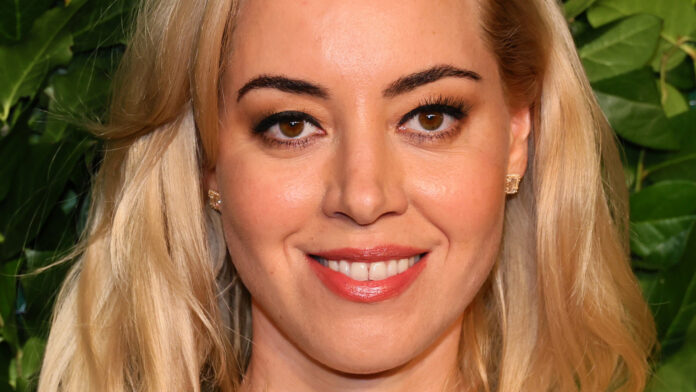 If you’re a “Parks and Recreation” fan, chances are you’d expect some snark should you get a chance to meet Aubrey Plaza in person. Many fans and media have a preconceived notion of how Plaza is because of her many dry characters. “It’s a lifelong pickle that I’ve found myself in,” Plaza said in an interview with The Independent. “I’ve had so many moments where I’ll say something very sincerely and people will completely think that I’m taking the piss out of them.

In fact, Plaza thinks that it’s weird how she has inadvertently become the queen of deadpan. “I was never sarcastic or petulant. In high school, my superlative wasn’t ‘Most Likely to Hate the World,'” she told Vulture. Though she may always be April to many, Plaza is far from the character in real life. In an interview with The Cut, she revealed that people are often a little mean to her when they meet her for the first time, as they expect that’s how she is herself. Plaza says she’s more than happy to play into this expectation and will give people exactly what they’re looking for.

Although she isn’t mean, she likes to joke around and keep things fun — a trait that doesn’t always work in her favor. When she had a stroke at 20 years old, her friends thought she was doing a bit before she was taken to the hospital.