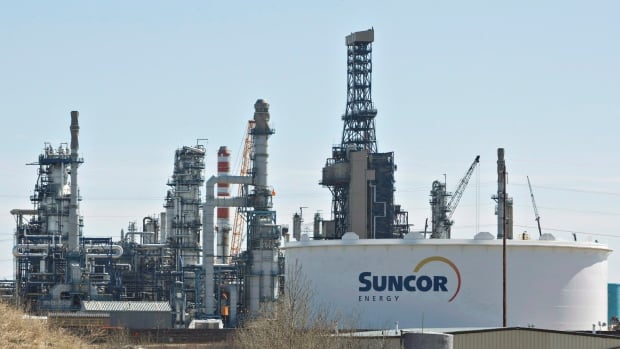 Earnings were propelled by the Russian invasion of Ukraine in February, which has driven the price for global oil higher as the EU proposes cutting off buying Russian oil imports. That strong demand has also driven Canadian gas prices up to record highs across the country.

Shareholders will profit from those prices. Suncor declared a quarterly dividend of 47 cents per common share yesterday.

The Calgary-based oil producer and refiner says the dividend is the highest in the company’s history and is 12 per cent higher than the previous quarter’s dividend.

Those profits came about despite falling production. Suncor produced 766,100 barrels of oil equivalent per day (boepd) in its first quarter, from 785,900 boepd a year earlier. Its refinery throughput was 436,500 barrels per day, up marginally from a year ago.

Suncor also said it is exploring the sale of its entire U.K. business based on interest received in the exploration and production assets.

Suncor’s U.K. assets are offshore in the North Sea, and include a 29.9 per cent stake in the Buzzard field, as well as a 40 per cent interest in the Roseback project.

Suncor’s share price has lagged its peers. Last month, activist firm Elliott Investment Management, which holds a 3.4 per cent stake in the company, called for major changes, including strategic reviews and new board members.