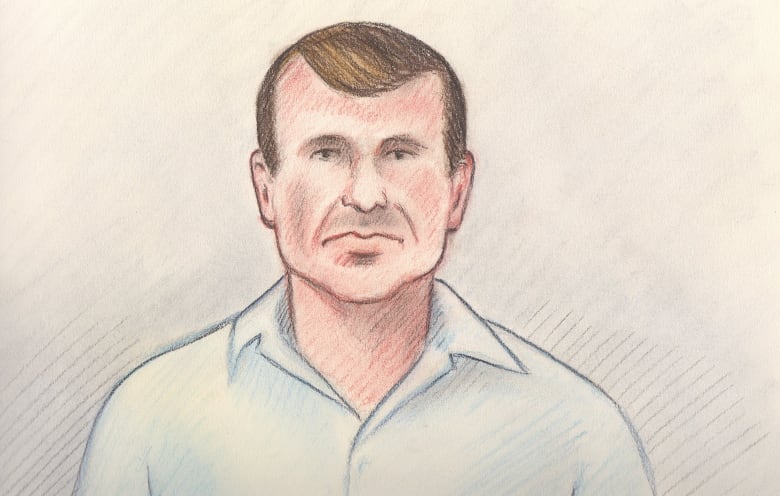 The RCMP intelligence director who now stands accused of preparing to leak secrets to a foreign entity or terrorist group kept a large number of encrypted computers at his home, making the investigation harder to crack, CBC News has learned.

When authorities entered Cameron Ortis’s ByWard Market condo in Ottawa earlier this year, they were stunned to find dozens of computers, said sources who have been briefed on the file. Those sources spoke to CBC on the condition of anonymity because they’re not authorized to speak about the ongoing court case.

Most of the computers were encrypted — which is legal but creates potential barriers for the RCMP officers still investigating the case.

Ortis, the 47-year-old director general of the RCMP’s national intelligence co-ordination centre, faces multiple charges under the Security of Information Act for allegedly preparing to share sensitive information with a foreign entity or terrorist organization.

He’s also charged with sharing operational information back in 2015.

According to documents viewed by CBC, when officers covertly entered Ortis’s condo in August they found a piece of paper bearing the words “The Project”, handwritten and underlined, along with “John Lemon’s blog removing your pdf metadata.”

That blog post walks users through the steps in clearing a PDF of its metadata, including the date on which it was created and the program used to make it.

Officers scanned Ortis’s desktop files and determined that between Sept. 8 and Sept. 9 — days before his arrest — at least 25 documents “had been processed and sanitized to remove identifying information,” according to the documents seen by CBC.

It’s not clear if investigators were able to recover that information.

“As our investigation is ongoing, it would be inappropriate for us to comment,” said RCMP Sgt. Caroline Duval in an email to CBC.

Online data encryption, hailed by privacy advocates, has a been a persistent thorn in the RCMP’s side.

“Getting access to the information to figure out what he was doing with those computers will be more challenging because of the encryption piece,” she said.

“There are not always workarounds, but even when there are, it takes a long time to implement them.”

RCMP Commissioner Brenda Lucki was warned about the RCMP’s inability to keep pace with encryption and organized crime online when she took the reins of the police service last year.

“Increasingly, criminality is conducted on the internet and investigations are international in nature, yet investigative tools and RCMP capacity have not kept pace,” notes a memo prepared for Lucki and obtained through access to information.

Her predecessor, Bob Paulson, even lobbied the government for new powers to bypass digital roadblocks, including tools to get around encryption and warrantless access to internet subscriber information.

Public Safety Minister Ralph Goodale has maintained Canada has to strike a balance between privacy and the needs of law enforcement.

The documents shared with CBC say Ortis had material that, if released, would cause a “HIGH” degree of damage to Canada and its allies.

“This type of information is among the most highly protected of national security assets, by any government standard, and goes to the heart of Canada’s sovereignty and security,” notes the report.

The head of the RCMP said the national police force is working to limit security risks among Canada’s intelligence allies and is assessing potential operational damage in the wake of charges laid against one of its top intelligence officers.

Security services first got wind of Ortis through a separate probe of Phantom Secure Communications, a B.C.-based company under investigation for providing encrypted communication devices to international criminals, according to the documents.

Ortis, who has been in custody since his arrest Sept. 12, is back in court in Ottawa Friday to set a bail hearing.

The two other intelligence security agencies, the Canadian Security Intelligence Service and the Communications Security Establishment, have so far deferred questions about the case to the RCMP.