All The Politicians Recognised In The New Year Honours List 2023 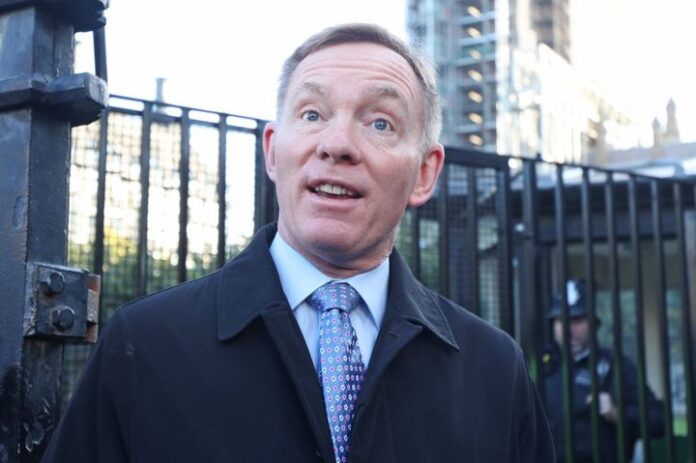 Everyone from the Lionesses to Brian May and Grayson Perry have been recognised in the 2023 New Year Honours list.

Among the 1,107 people recognised this year, a number of MPs have been honoured for their political and public service.

This year two MPs who caused trouble for Boris Johnson have been recognised with knighthoods. Other backbenchers have been honoured for their contributions.

Here, HuffPost UK talks you through who has been honoured from the world of politics:

Chris Bryant, the outspoken Labour MP for Rhondda, is chair of the powerful Commons committee on standards.

He was chairman of the watchdog when it recommended that Tory MP Owen Paterson should be suspended from the Commons for 30 days for breaking the rules on paid lobbying by MPs.

The scandal kicked off a spiral of events that eventually ended in Boris Johnson’s downfall.

Sir Chris also fiercely criticised Johnson over lockdown parties in Downing Street and recused himself from the chairmanship of the privileges committee after it launched an inquiry into whether the former PM lied to parliament.

Sir Chris told the PA news agency he was “very shocked” when he learned he was to be knighted, describing it as an honour for the whole committee.

“Obviously the Owen Paterson moment threw a massive boulder in the middle of an icy pond, but I hope the new code of conduct we agreed just before Christmas will set parliament back on the straight and narrow.”

Sir Julian confounded Johnson’s plans to install former transport secretary Chris Grayling as ISC chairman when he secured the backing of opposition members of the committee to get elected to the post instead.

He was punished for his refusal to toe the party line by having the Conservative whip withdrawn – although it was later restored.

Alok Sharma, Tory MP for Reading West, receives a knighthood in the overseas honours list for his leadership of the Cop26 climate change conference.

The former cabinet minister helped drive the UK to agree a historic agreement with individual countries that will help fight climate change in the future.

Andrew Stephenson, Tory MP for Pendle, served as co-chairman of the Conservative Party during the caretaker government of Boris Johnson.

People are recognised with this honour if they have a prominent but lesser role at national level or a leading role at regional level.

Helen Grant, the Conservative MP for Maidstone and the Weald, has been honoured for political and public service.

She has served as the prime minister’s special envoy for girls’ education and as a trade envoy to Nigeria.

People are made an OBE if they have a major local role in any activity, including people whose work has made them known nationally. A total of 219 people have been honoured in this way in the latest list.

There is also an honour for former permanent secretary at the Treasury Sir Tom Scholar – who was summarily sacked by Liz Truss on her first day in office. Sir Tom is made a Knight Grand Cross of the Order of the Bath.

His dismissal was widely seen as a sign of Truss and then-chancellor Kwasi Kwarteng’s impatience with orthodox Treasury economic thinking.

It was also seen as having contributed to the turmoil in financial markets in the wake of Kwarteng’s catastrophic mini-budget which led to the pair’s downfall after less than two months in office.

Home Office permanent secretary Matthew Rycroft receives a knighthood, while former cabinet secretary Lord Sedwill is made a Knight Grand Cross of the Order of St Michael and St George.