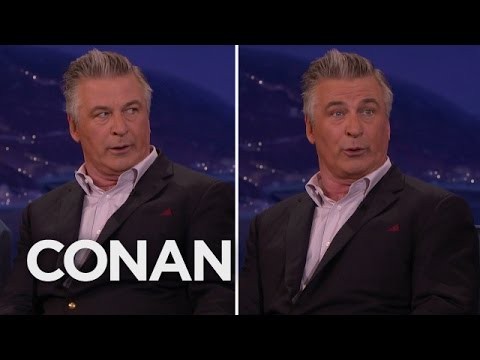 Congrats to the bride and groom, again!

Alec had revealed his and Hilaria’s plans to remarry on their anniversary in an interview with E! News earlier this week.

“Okay, now there’s gonna be people at our doorstep,” she said, playfully punching her husband’s shoulder.

The couple, who share three kids, first tied the knot in June 2012 in front of family and friends at the Basilica of St. Patrick’s Old Cathedral in Manhattan.

In 2013, on his former MSNBC show Up Late With Alec Baldwin, Alec talked about meeting Hilaria, a yoga instructor, in 2011.

“I remember during my lifetime I would meet women, and it was almost like God would say to me, ‘Now, this woman here is not the one you are going to end up with, but she is going to be a lot like this woman; look at this woman, study this woman,'” Baldwin told guest Bill de Blasio, then the Democratic candidate for New York City mayor. “And when my wife showed up, he was like, ‘You recognize her now?'”

Alec and Hilaria are parents to daughter Carmen, 3, and sons Rafael, 2, and 9-month-old Leonardo. All were present for the festivities, according to Extra.

“Carmen’s first language is Spanish. I only speak Spanish with her,” Hilaria said. “And with Alec she is smart enough to know that she needs to switch to English.”

“Alec’s Spanish is getting better and better,” she added. “His accent is very good.”

“My Spanish can only get better. It can only improve…maybe by the time I’m 90, I will nail it,” Alex joked.