Alberta tried to build ‘a wall of defence’ around its most vulnerable citizens. It has crumbled 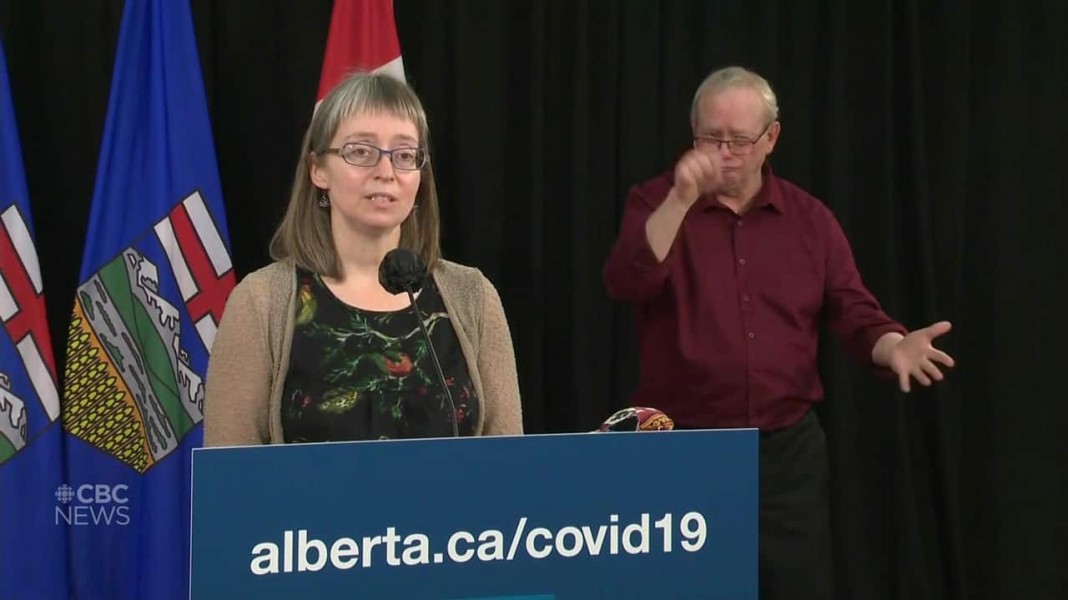 The Alberta Legislature was suspended in the spring due to COVID-19 and, when it resumed in late May, Premier Jason Kenney spoke at length about the province’s strategy to “come out of this crisis stronger than ever.”

“Perhaps the most important strategy as we move forward is building a wall of defence around the most vulnerable — seniors in particular,” he said at the time.

That wall was hastily erected, as public health officials and operators of seniors’ living facilities scrambled to adapt to the confounding behaviour of the still-novel coronavirus. Some cracks developed through the spring and summer but the wall, more or less, held.

Then came the second wave, bigger and wider, dwarfing everything the province had seen before.

There have been record infection levels across all age groups recently, but people over 80 have been especially hard hit. Adjusted for population size, their current rate of infection is second only to young adults in their 20s and 30s.

Back in September, Alberta was recording fewer than a dozen new cases per week among people aged 80 and over. Last week, there were more than 400. More Albertans in this age range have been diagnosed with COVID-19 in November and December than during the entire rest of the pandemic

Deaths, too, have surged to unprecedented levels. November was, by far, the deadliest month on record, accounting for 241 of the 640 deaths on record.

December could be on track for even more. Health officials see the high infection rate among seniors as a harbinger of more deaths to come, even with the new and much stricter public health restrictions the government announced Tuesday.

The pattern of cases and deaths

Alberta successfully curbed a surge in cases among senior citizens in the spring, many of whom were infected in supportive-living or long-term care homes. Another surge in the summer was also beaten back.

But each incursion took its toll. Outbreaks among senior citizens were followed by a spike in deaths. Those over the age of 80 faced especially grim odds. For one in four, a COVID-19 infection ended up being fatal.

Then came a period of relative calm. Alberta went a full week in mid-September without recording a single COVID-19 death.

But the viral spread started ramping up again in October, gained momentum in November and came crashing into December, with new records being set almost daily for infections, hospitalizations and deaths.

Dr. Deena Hinshaw, the province’s chief medical officer of health, says the recent surge among seniors, in particular, is connected to the rising number of outbreaks at long-term care and supportive-living facilities.

As of Tuesday, 146 of these facilities had active outbreaks. This list has been continually growing, pushing the rate of new infections among Albertans aged 80-plus ever higher.

On average over the past week, there have been more than 46 new daily cases per 100,000 people in this age range. That’s more than five times the rate during the peak of the spring and summer surges.

“The number of cases in that older population is absolutely a concern,” Hinshaw said Monday.

“I would anticipate, of course, that with rising numbers in that very vulnerable population, it may well be an indication of an increase in the most tragic outcome — in terms of deaths.”

Until recently, daily death tolls in the double digits were a rarity in Alberta.

Now, they have become the norm.

The majority of these deaths have come among seniors who reside in long-term care facilities and supportive-living sites.

As of last week, Hinshaw said they accounted for 64 per cent of COVID-19 deaths in the province.

This problem may be especially acute in Alberta at the moment, but it hasn’t been unique to the province.

Revera, one of the country’s largest operators of seniors’ residences and long-term care homes, called this week for provincial governments across Canada to adopt widespread surveillance testing to help blunt the devastating impact of COVID-19 on older Canadians in group-living accommodations.

Extendicare, another major operator, made a similar plea last week in Alberta, specifically.

“We must act now. There is no time to waste,” the company’s chief medical officer, Matthew Morgan, told The Globe & Mail, calling for mandatory weekly testing of care-home staff.

The Alberta NDP took things a step further, calling on the province to start administering rapid COVID-19 tests twice a week to every resident and staff member in long-term care facilities.

“To be blunt, if we can test hockey players each and every day, if we put value on doing that, then surely we can do the same or better for residents who are living in fear in continuing care,” NDP Leader Rachel Notley said.

Hinshaw said Monday the province planned to launch some “point of care” rapid testing in other settings as a pilot project, and would look at expanding this kind of testing to long-term care facilities in the future.

But Hinshaw also said that truly protecting seniors will require reducing the spread of the virus across all age groups.

“When we do have rising case numbers and rising transmission in the community, we see that increasing pressure on those long-term care and supportive-living facilities,” she said. 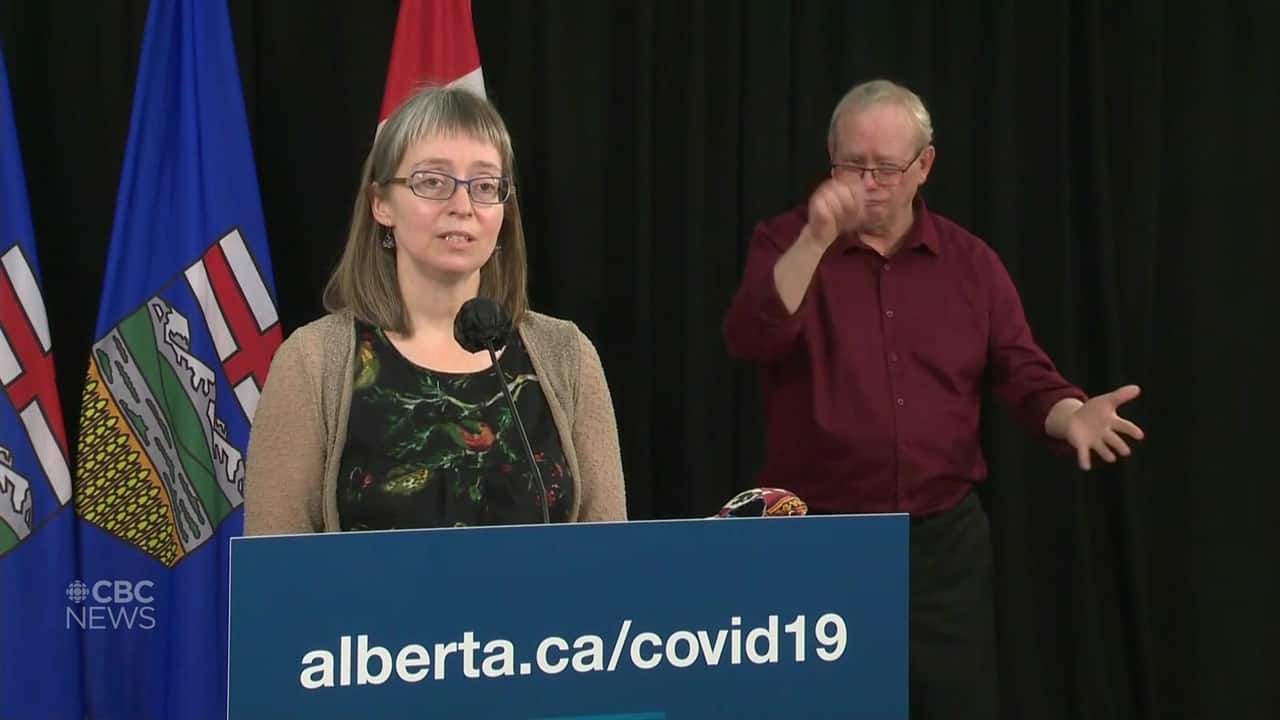 Alberta’s chief medical officer of health answers a question about the high rate of infection among people over the age of 80. 1:44

“And it’s very, very challenging to keep any introduction of virus out.”

To that end, Alberta just took its most extreme measures since the spring.

For the past month, physicians in the province have been calling for a “circuit-breaker” lockdown to curb the alarming increase in hospitalizations and deaths, but Kenney has resisted, saying such a move would damage the economy and impinge on personal freedoms.

On Tuesday, though, the premier relented and ordered the strictest measures the province has seen since the spring, including the closure of all casinos and gyms, an end to dine-in service at restaurants and bars, and the imposition of a provincewide mask mandate.

Kenney said his government was reluctant to take these measures but believes they are necessary, given “the hard, mathematical reality of the exponential spread of this virus.”

Failing to act, the premier said, “means more deaths, especially amongst our most elderly and vulnerable.”

Those measures don’t fully take effect until Sunday, however, and even once they do, it will take weeks for their effects to to be seen in terms of the hospitalization and deaths data.

Given the incubation period of the virus and the time it takes for people to get tested and have their results come in, the COVID-19 case data we’re seeing today reflects infections that happened a week or two ago.

On top of that, Hinshaw has said “hospitalizations typically lag behind the rise in cases by about a week to 10 days.” And deaths can lag behind even longer, due to additional delays in reporting.

Alberta’s wall of defence has crumbled. Repairs are about to get underway. But we won’t know until late December, or possibly early 2021, how effective the patch job is.