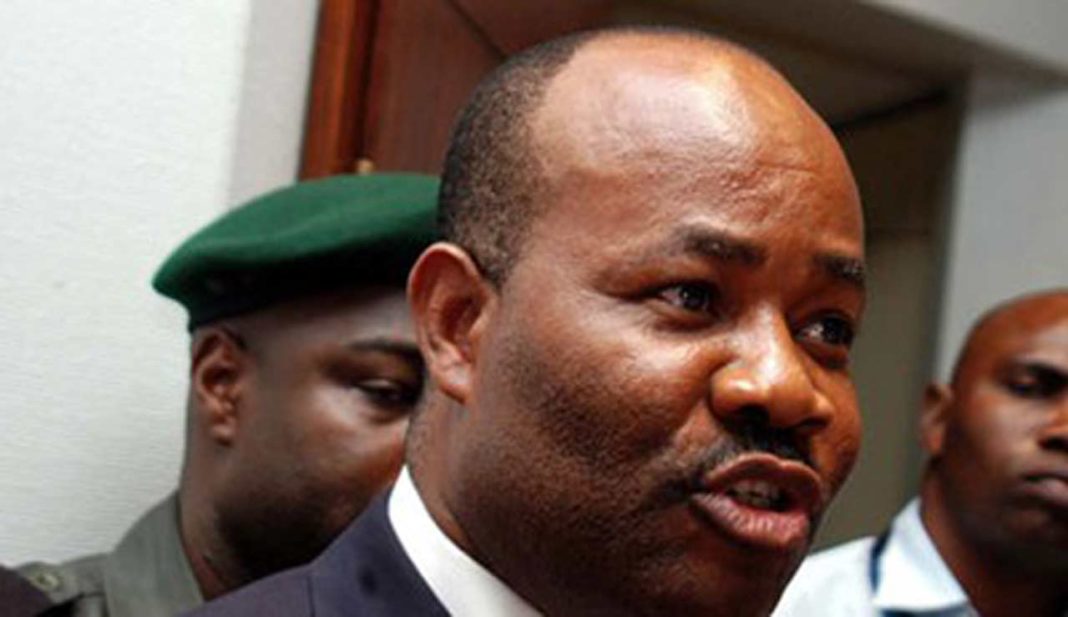 The organization said: “If the ICPC and EFCC consider the recovered hospital equipment and six tractors allegedly diverted for the personal use of the senators as relevant and sufficient admissible evidence, we urge you to promptly begin prosecution of the former senators.”

In a petition signed by SERAP Deputy Director, Kolawole Oluwadare, the organization said: “Inviting those suspected to be involved for interrogation and further questioning, and for them to promptly face prosecution as appropriate, would show that no one is above the law. It would be entirely consistent with the exercise of your mandates to combat corruption and with both the spirit and the letter of the UN Convention against Corruption to which Nigeria is a state party.”

According to the organization, “When members of the National Assembly divert constituency projects for personal use, the essence of such projects is defeated, and the integrity of the mechanism compromised.”

The petition, copied to Professor Itse Sagay, Chairman, Presidential Advisory Committee Against Corruption, read in part: “Corruption in the provision of public services such as healthcare affects and distorts the delivery of services and the right to the highest attainable standard of health.

“The allegations of diversion of constituency projects by public officers have weakened public confidence in the effectiveness of the mechanism as currently implemented to deliver essential public services to those most in need. Unresolved allegations of corruption in constituency projects would significantly contribute to impunity for grand corruption in Nigeria and pose a serious threat to probity in public life, the rule of law and respect for human rights.

“Allegations of corruption in constituency projects meant to be implemented for the common good and not the personal gains of lawmakers would ultimately undermine the principles of representative and accountable government that acts in the public interest, and equality and fairness.

“Corruption in the health sector or provision of support to farmers unfairly punishes the poor, and depresses living standards and opportunities for the most vulnerable and disadvantaged population.

“Inviting those suspected to be involved for interrogation and further questioning, and prosecuting them if the recoveries by the ICPC indicate relevant and sufficient admissible evidence, would show your agencies’ willingness to exert your authorities and act as a deterrent against breaches of Nigeria’s anti-corruption legislation and international standards.

“The ICPC reported that it recovered hospital equipment meant for constituency project on the premises of Mma Obot Foundation, which is allegedly owned by Godswill Akpabio, former governor of Akwa Ibom. Among the recoveries are dialysis machine, ECG monitor, oxygen regulator, anaesthetic machines, generators and other hospital equipment meant for a cottage hospital in Ukana, Essien Udim Local Government Area of Akwa Ibom State.

“The ICPC also recovered six tractors from a farm belonging to Isa Hamman Misau, a former senator who represented Bauchi central. The tractors were meant for the use of farmers in six local government areas of Bauchi Central Senatorial District. The items were recovered during the ICPC’s ongoing tracking of constituency projects around the country.

“The tractors formed part of the N430m contract for the supply of pumping machines and other agricultural machinery to farmers in the senatorial district, which was awarded in 2015 by the Federal Government as part of the senators’ constituency projects across the nation. The sum of N76.6m was said to be paid for the tractors in December 2015, which were supplied in March 2016.”