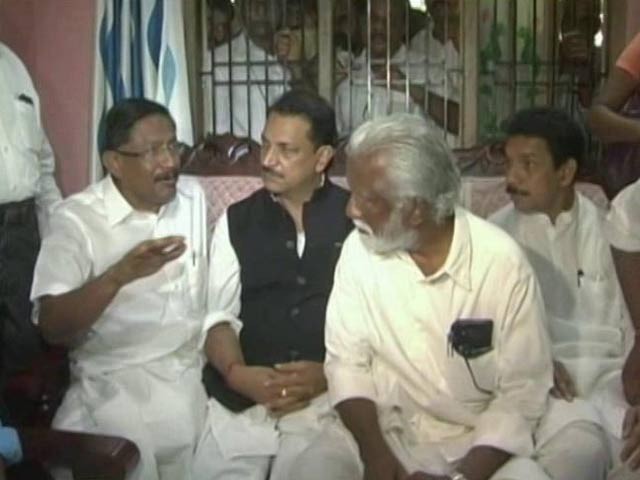 Relatives of 21 persons, killed in political attacks over a period of time, began a ‘Satyagarha’ in front of the Raj Bhavan here this morning ahead of the visit of Union Minister Arun Jaitley to the house of an RSS activist murdered recently. The family members of the victims, who belonged to the CPI-M and killed in different parts of the state, are staging the dharna demanding that the Union minister visit their homes too and listen to their woes.

Annavoor Nagappan, Thiruvananthapuram District Secretary of CPI(M), which is organising the demonstration said the RSS and the BJP were indulging in “false propaganda” that the Marxist party heading the ruling LDF was indulging in violence. The slaying of RSS functionary Rajesh here on July 29 was not the handiwork of the CPI(M) as was being alleged, he told reporters here.

“We are deeply pained by his death,” he said.

Jaitley, who is a central minister, should also visit the houses of CPI(M)workers who have been killed in attacks, he added. Nagappan had also written an open letter to Jaitley on the alleged ‘double standards’ of the BJP on the issue of attacks. President of Eranholi Grama panchayat in Kannur, A K Remya has also written to Jaitley on the plight of her husband who is undergoing treatment since the past one month following an attack allegedly by RSS cadres.

Jaitley will be visiting the relatives of Rajesh besides the homes of councillors whose residences suffered damage in the recent violence involving rival party workers. An all party meeting called by Chief Minister Pinarayi Vijayan is also scheduled to be held this evening.

The state had been witnessing a cycle of violence involving BJP-RSS and CPI-M workers with the capital district rocked by incidents of attacks on houses of rival partymen in the past few days.

The state BJP office was vandalised on July 28. Governor P Sathasivam had summoned Vijayan and the state police chief over the law and order situation in the wake of the violence in the state.