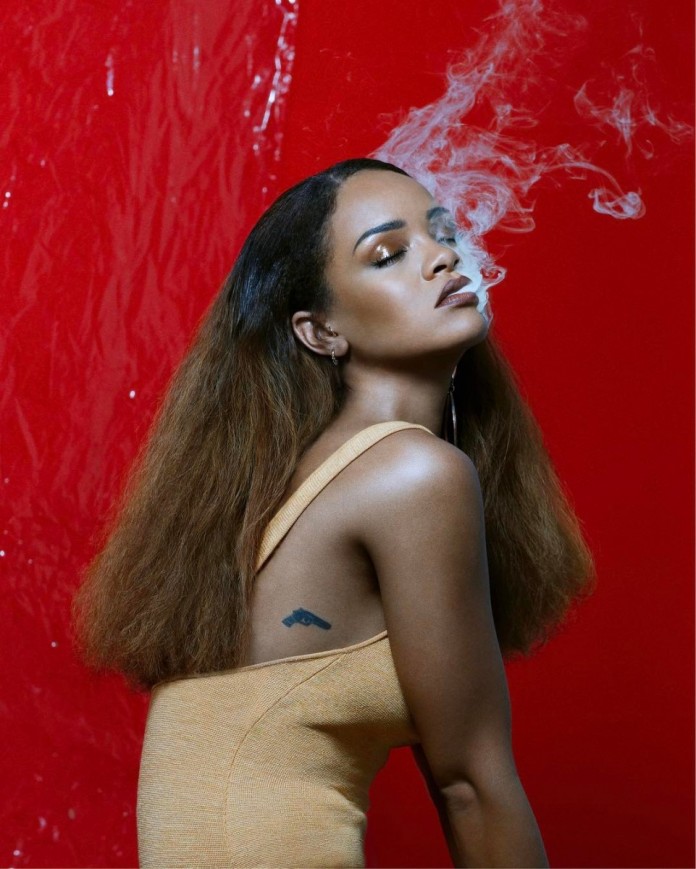 Rihanna for ‘The Fader’. Photo: @thefader/Instagram

Welcome to our column, “Hey, Quick Question,” where we investigate seemingly random happenings in the fashion and beauty industries. Enjoy!

Once upon a time, every mediocre celebrity-featuring magazine cover story interview began the same way: There would be a description of the restaurant the celeb and writer met up at, probably in either Los Angeles or New York or on a film set somewhere. There would be rundown of what the star was wearing, and usually some anecdote about how she or he is “so surprisingly down to earth!” despite the jet-setting lifestyle.

Really excellent celebrity-featuring cover stories would skip inane restaurant details, maybe, but would include other funky anecdotes, like a description of what Kim Kardashian’s boob feels like, or what Christian Slater does when he gets to the top of the Wonder Wheel at Coney Island.

The thing that all of these interviews had in common, whether they were mediocre or marvelous, is that they all happened in person. There has long been an assumption that in order for a writer to paint a multi-dimensional, fleshed-out picture of their famous subject — i.e. the kind of picture that’s worth publishing a feature-length cover story about — they needed to actually meet that subject face-to-face.

But it seems that the times are a’changin’. On Thursday, Harper’s Bazaar released the cover story for its September issue, featuring an interview with cover star The Weeknd that was conducted entirely via email. It was a move Rihanna also pulled in The Fader for their May/June issue, with the added stipulation that only five questions could be sent to her. And earlier this year, Paris Jackson was the cover star for not one, but two publications (Teen Vogue and Vogue Australia) where the accompanying interview happened over text. Like, on a phone.

So what exactly is going on here? Is this about magazines being too short-staffed and tight-budgeted to send a writer to the mansions or yachts on which their cover stars are dallying? Is it about celebrities attempting to keep more of their private lives private without missing out on press opportunities? Are publicists and managers wanting to keep a tighter control on what their star clients say to the media and how it’s construed?

There’s evidence supporting all of the above. It hardly takes sleuthing at this point to uncover the fact that print media is bleeding money. And The Weeknd’s interview gave clues about the reasoning behind his email-only mandate: He cited annoying questions about his hair, his desire to maintain a sense of mystery and the claim that “the only thing the world demands of me is music.”

Paris Jackson likewise gave a bit of insight about her decision to accept text-only interviews when she posted about the Vogue Australia cover to Instagram. She called it “one of the first interviews where my words haven’t been twisted,” and noted that she was “so thankful” they got “all the info straight from the source.” Her post about the Teen Vogue cover similarly said she was “very grateful to… not have my words twisted for once.”

Whether this new interview trend comes from celebrities and their managers looking for more control or from tight budgets on the part of struggling media companies is hard to say for certain. But hey, at least we haven’t reached the point where every cover story is like that Vogue feature on Beyoncé that was written sans a single question being answered by the star herself.