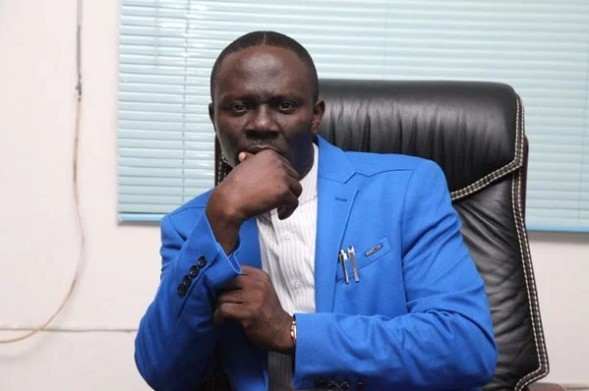 He wants an immediate end to the alleged harassment being meted against him by the police.

Kassim Afegbua, spokesperson to former Head of State, Ibrahim Babangida, has sued the Nigeria Police Force to the tune of N1 billion in a fundamental rights enforcement lawsuit.

Afegbua’s decision to sue the force is as a result of the public warrant of arrest issued by the police in relation to a statement he released on behalf of Babangida.

In a report by Premium Times, Afegbua also joined Force Public Relations Officer, Jimoh Moshood, the National Television Authority (NTA) and Channels Television in the lawsuit for their roles in broadcasting the warrant.

His counsel,  Kayode Ajulo, filed the suit at the Abuja Division of the Federal High Court on Tuesday, February 6, 2018, after he had announced that Afebua will turn himself in to the police on Wednesday, February 7, when he returns from his trip.

In the suit, the reliefs sought include an immediate end to the alleged harassment being meted against him by the police.

The Inspector General of Police, Ibrahim Idris, ordered Afebua’s arrest for making false statements and defamation of character in relation to a statement he released purportedly made by his principal, Babangida, where he criticised President Muhammadu Buhari.

The police deemed the statement to be an act capable of inciting public disturbance and, according to Jimoh Moshood, the police want him to come in and explain his version of events although there is no official complaint made by Babangida or anyone else.