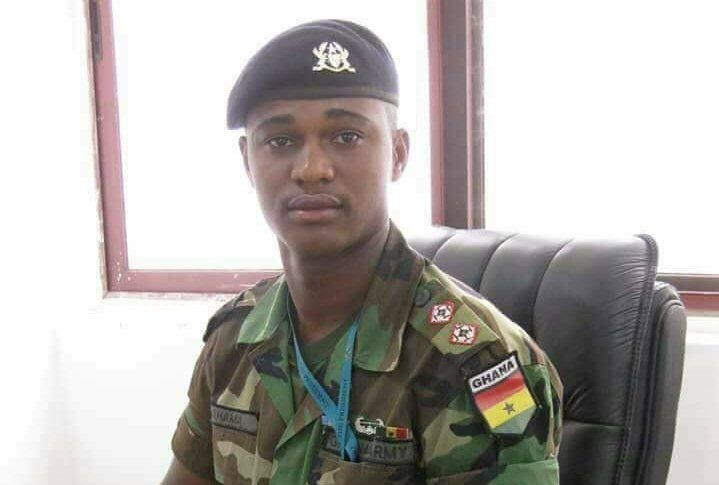 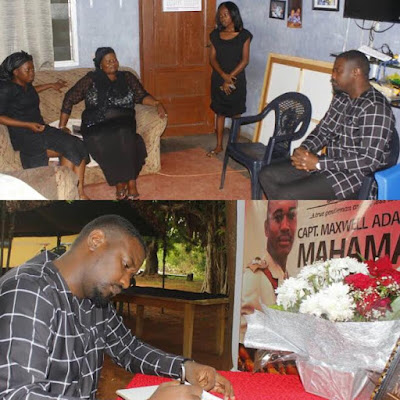 The award-winning actor this morning paid a condolence visit to the family of late Major Maxwell Adam Mahama, who was lynched by a mob at Denkyira Obuasi in the Central Region last Monday.