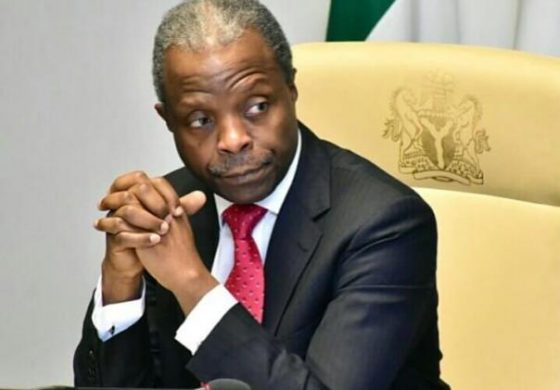 Lagos – Human rights activists have appealed to the Federal Government to come up with a clear explanation of what constitutes “hate speech’’ to guide the populace properly on the issue.

The activists made the appeal against the backdrop of the apparent confusion generated by the Federal Government’s recent announcement that it had drawn a line on hate speeches.

On Aug. 17, the Vice-President, Prof. Yemi Osinbajo, said that government had drawn a line on hate speech and would treat it as an act of terror.

Speaking with the News Agency of Nigeria (NAN) on Monday in Lagos, the activists said they were at a loss why government would equate hate speeches with terrorism.

The Lagos State Chairman of the Civil Liberties Organisation, Mr Ehi Omokhuale, charged the government to fully define what it characterised as hate speeches.

“The Federal Government has not fully defined what it regards as hate speeches. I do not understand who the hate speeches are against.

“Hate speeches against who: fellow citizens or against the Federal Government?’’

He, however, advised government to ensure that opposition politicians who made speeches without thinking of the implication be made to face the consequences.

According to him, the decision on hate speeches can infringe on the fundamental rights of Nigerians.

Mr Toyin Raheem, Executive Secretary of the Campaign for Constitutionalism and Human Rights, said that he was confused over what constituted hate speech.

“Agitation cannot even be taken as terrorism. It’s the rights of anybody or groups of people to agitate for anything, provided it’s done in a peaceful manner.

“It’s wrong politically and legally to term agitation as terrorism.

“Every criticism may possibly condemn the government and the essence is to make government perform better. Nigerians have rights to their privacy.”

Raheem also argued said that allowing the military to monitor people’s social media was espionage and an abuse of their rights to privacy as well as a violation of the rights conferred on them by the constitution.

The President of Women Arise for Change Initiative, Dr Joe Okei-Odumakin, also told government to classify what it meant by hate speeches.

“The Federal Government must first clarify and classify what it meant by hate speeches and possibly enact legislations that prohibit such.

“Such proclamations, which I see as mere attempt to intimidate Nigerians, cannot survive the test of any known law of the land and should not be encouraged.

“Meanwhile, Nigerians, irrespective of the class they belong to, must also understand the need to be tolerant with each other.

“Nigerians should desist from making utterances that tend to threaten our peaceful coexistence,’’ she said.

But, Mr Dennis Aghanya, Executive Secretary of Anti-Corruption, Research Based and Data Initiative, said he understood what the Federal Government intended to achieve by equating hate speeches with terrorism.

“I understand what the Federal Government intends to achieve. The country is highly divided on the basis of ethnicity and religion.

“The social media is not helping matters. So government wants to moderate what people say.

“Certainly, this cannot be achieved without violating the rights of people, especially when you consider the fact that constitutional democracy is based on fundamental human rights.

“Such policy may not work well,” Aghanya said. (NAN)

ABOUT US
Wowplus is a media network. We bring you 24/7 live news & videos, entertainment, lifestyle, celebrities, gossips, music, sports, fashion, education, polities, health and finance
Contact us: [email protected]il.com
FOLLOW US
© Wowplus © 2020 Terms And Conditions Follow us on Google news
We use cookies to ensure that we give you the best experience on our website. If you continue to use this site we will assume that you are happy with it.Close ThisPrivacy policy