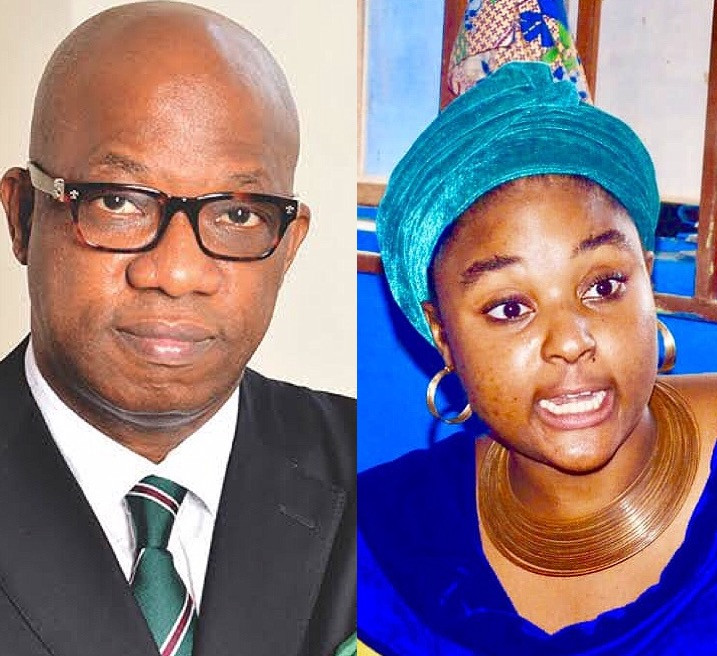 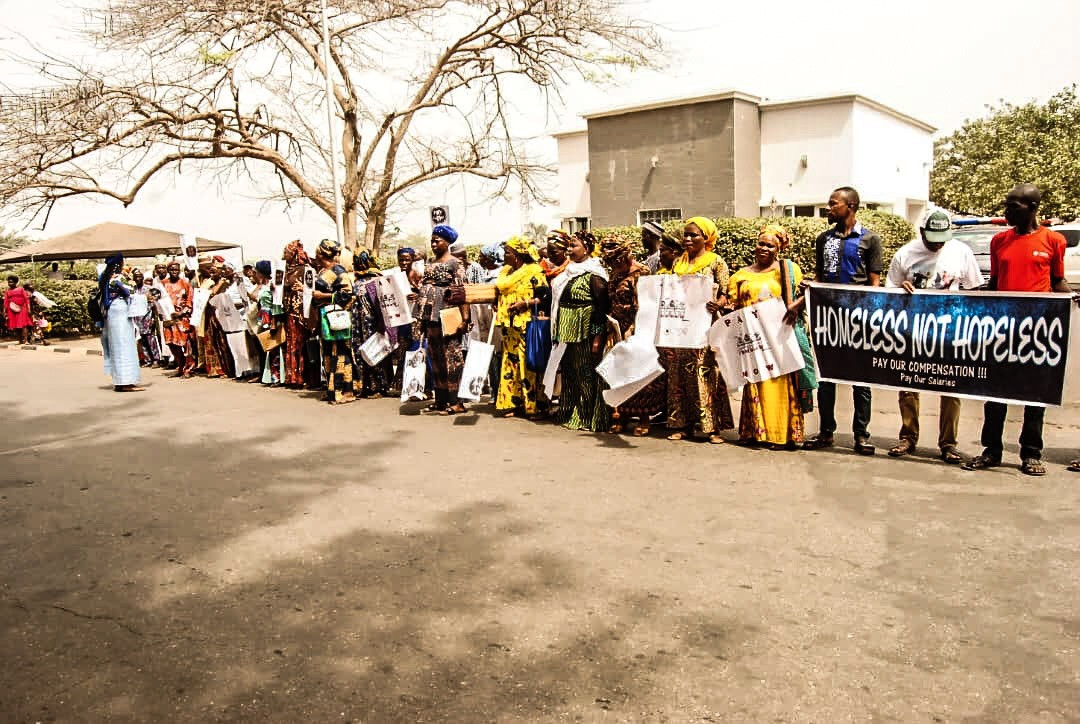 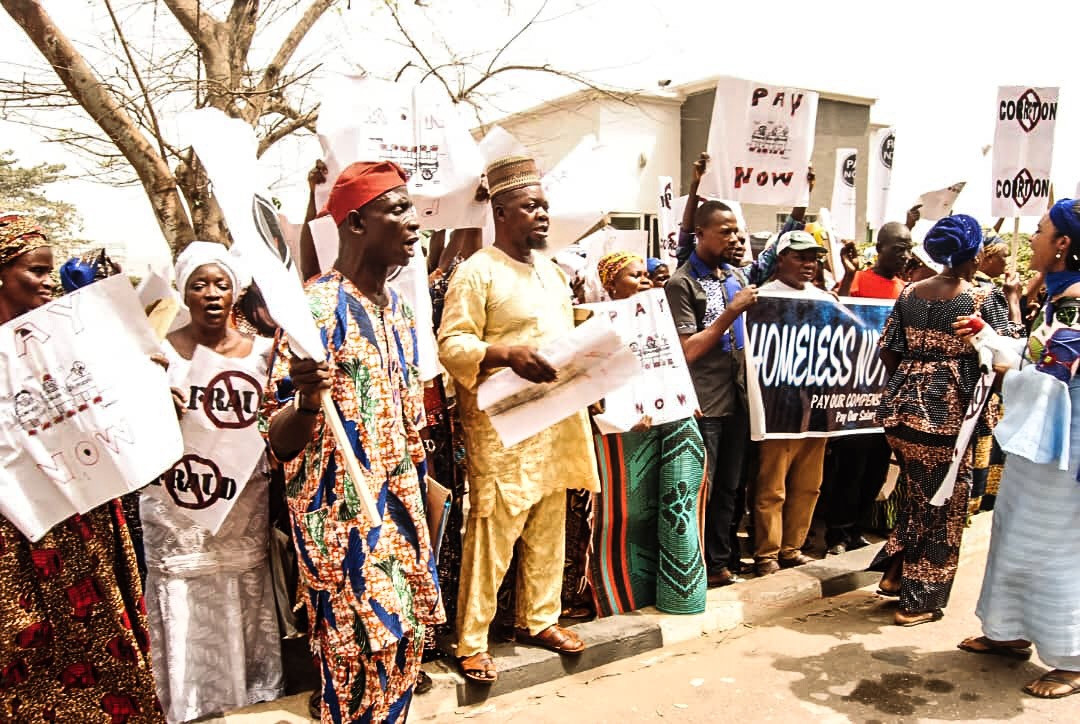 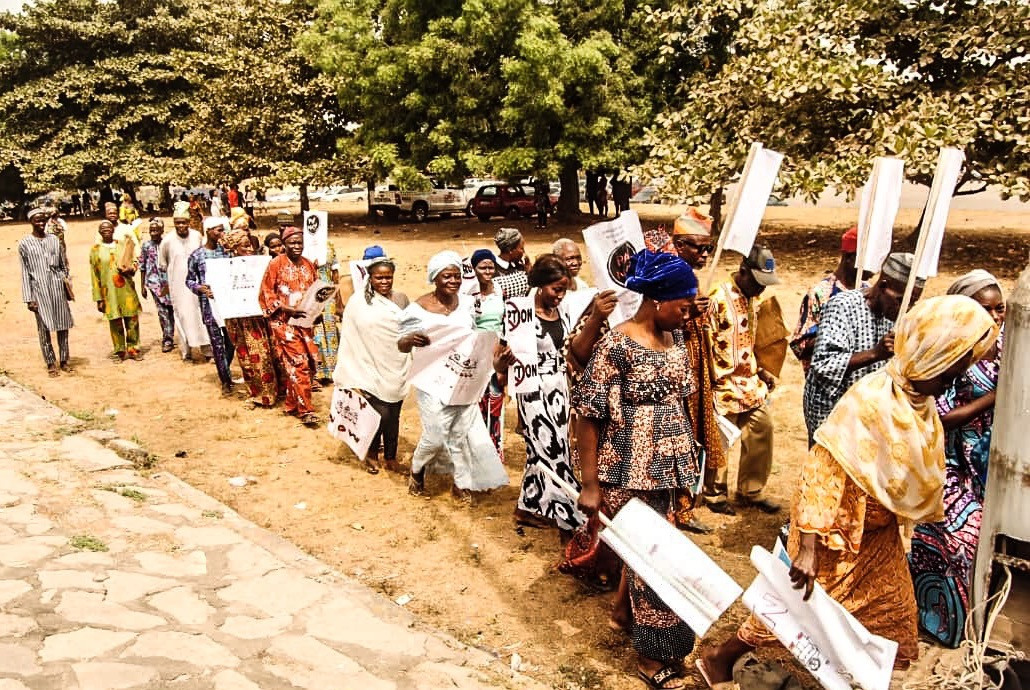 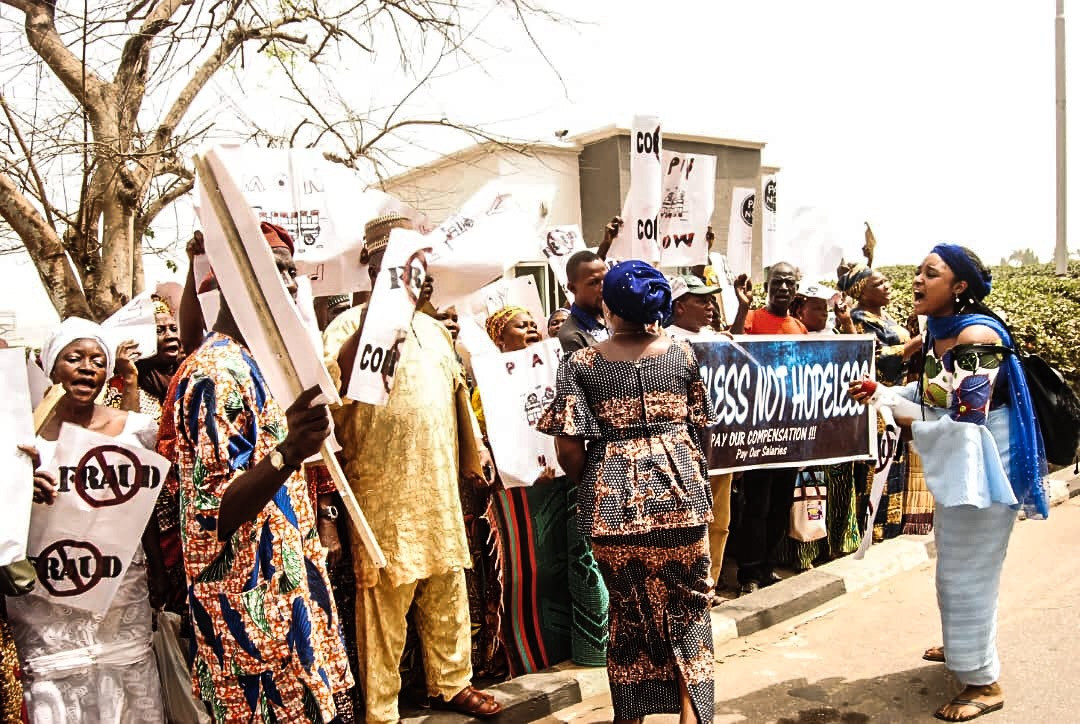 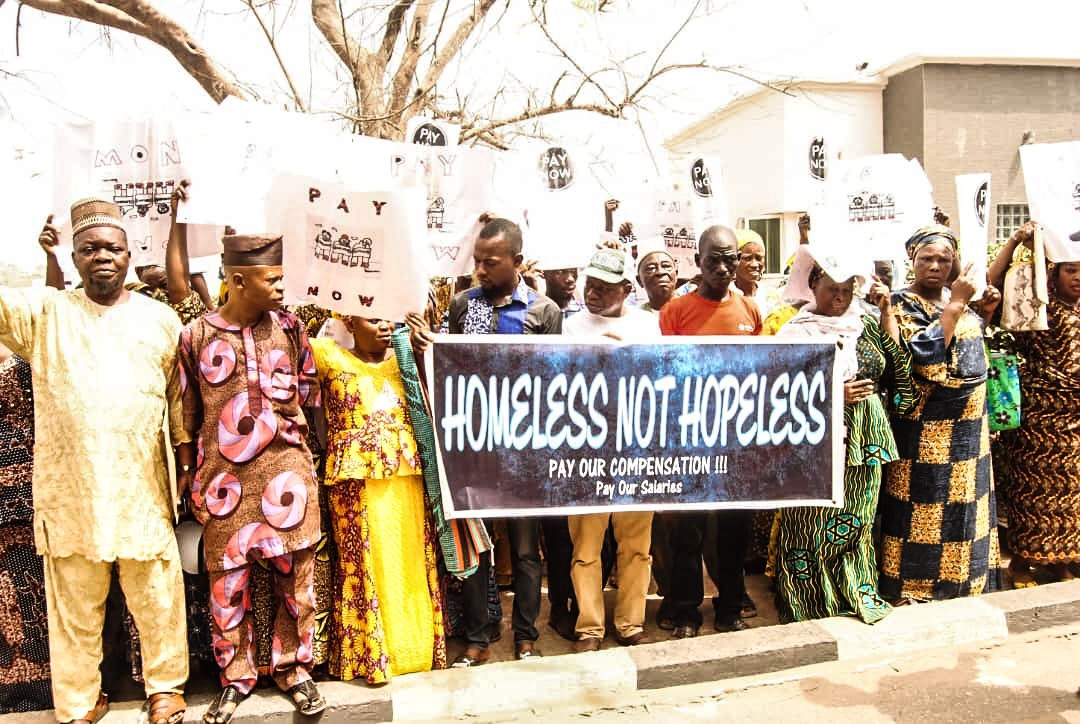 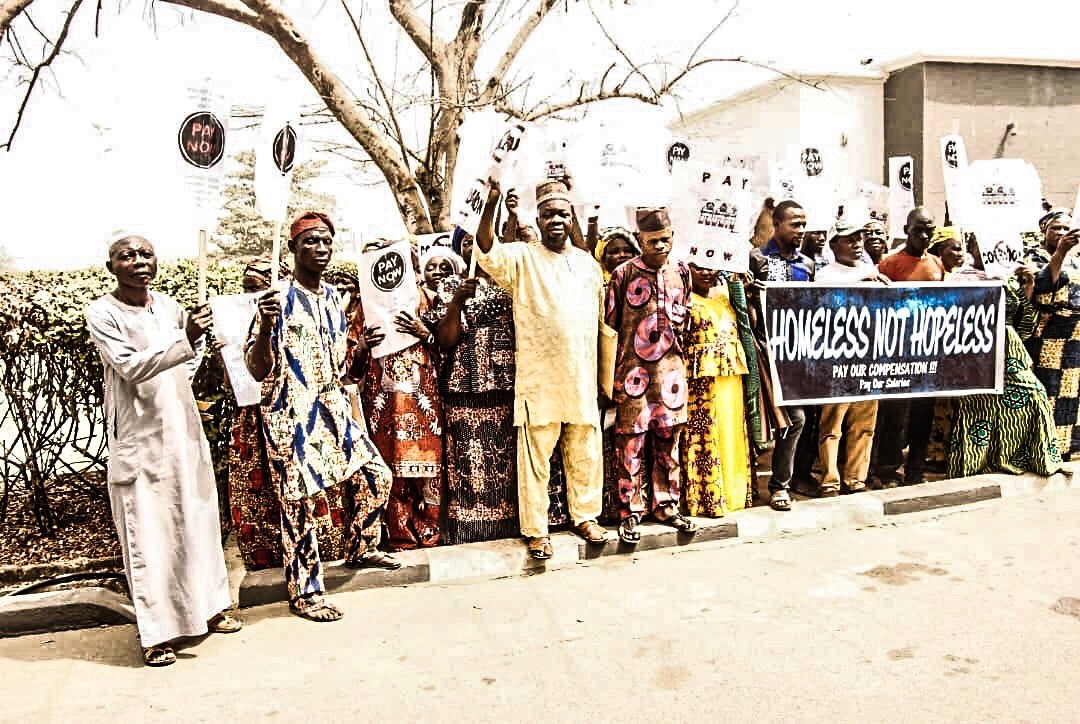 The activist had organized a similar protest outside the gate to the governor office last year on Human Rights Day. 10th December 2019. Government representatives ; Permanent Secretary Mr.Saka and Chief Security Officer Ogun State, addressed the people on behalf of his excellency. Assuring the protesters that His Excellency was aware of the issue, had received the request letter which had been submitted since June 2019, and would schedule a meeting with the organization. Despite their elderly plea and seizure of the organization banner, and follow up, no meeting was scheduled. 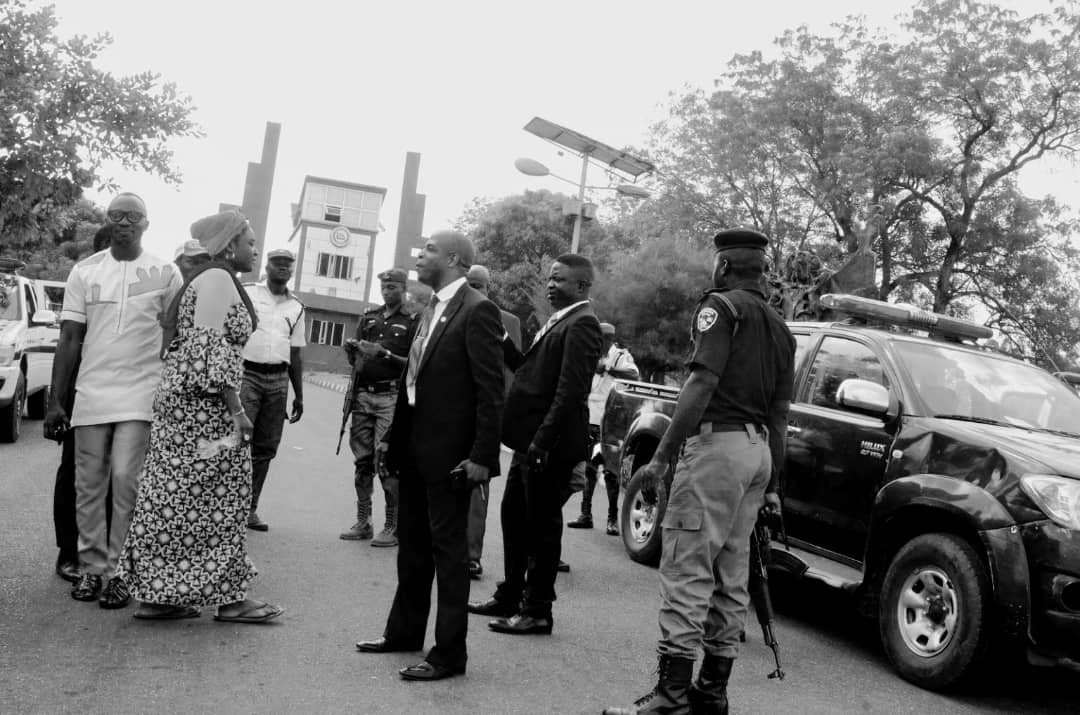 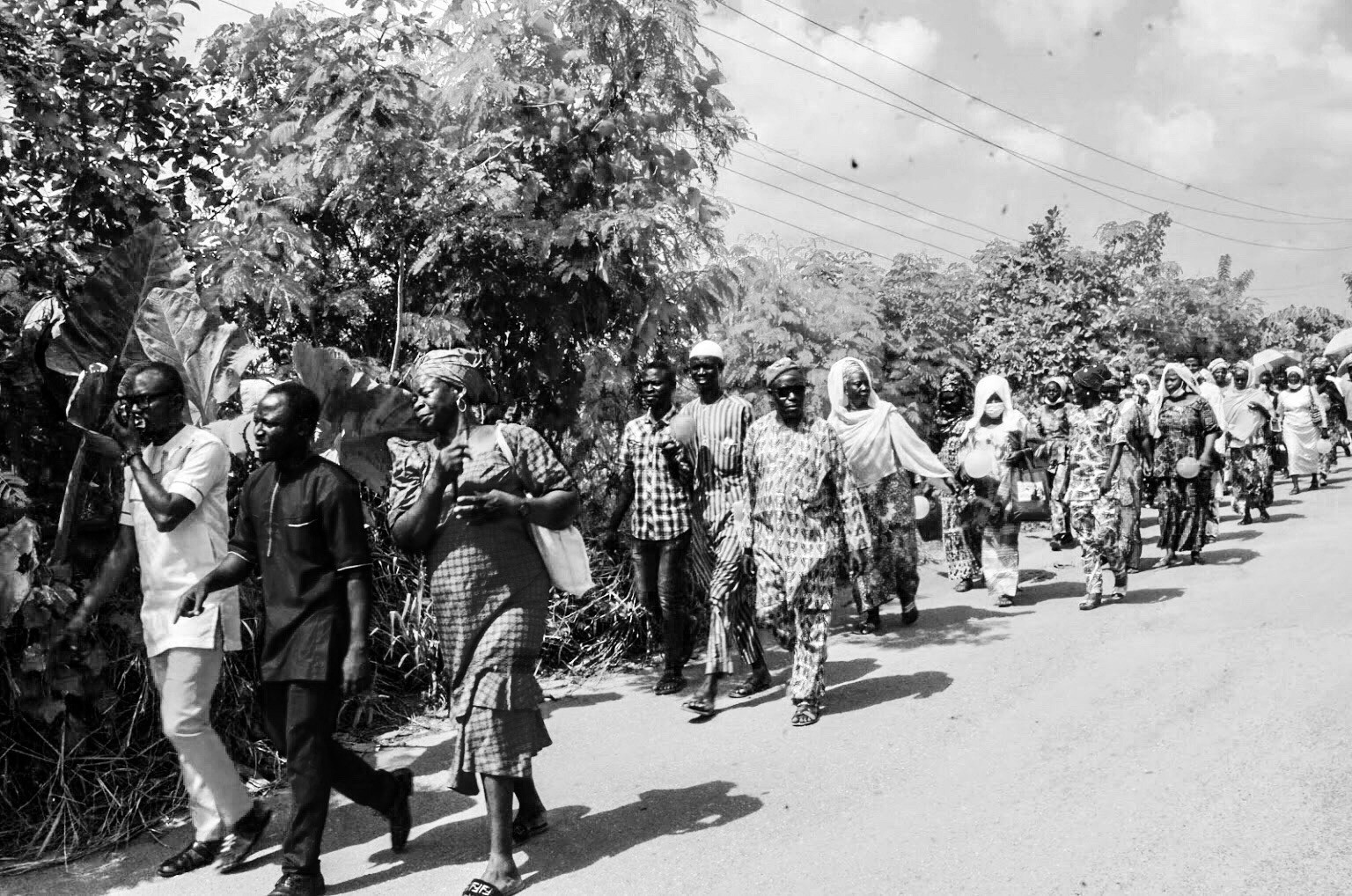 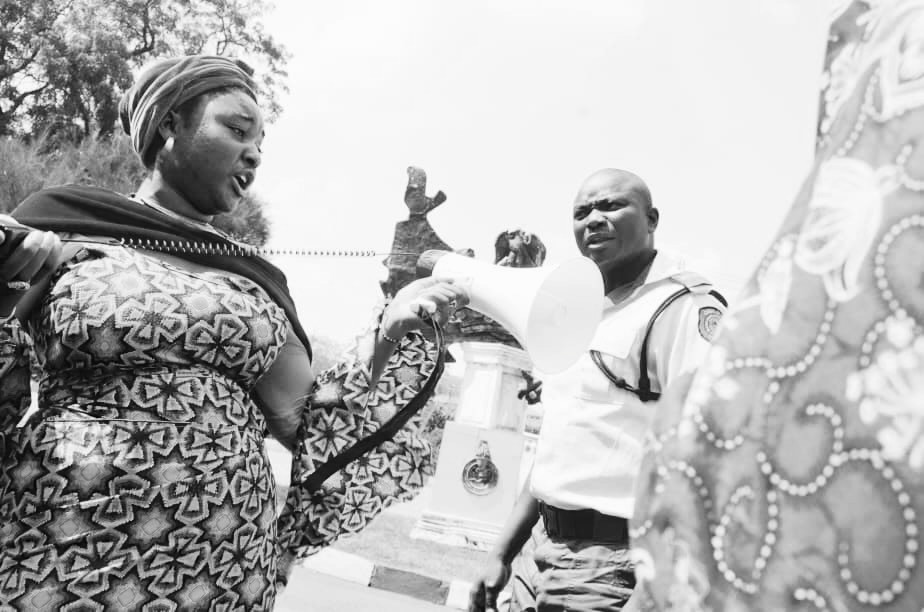 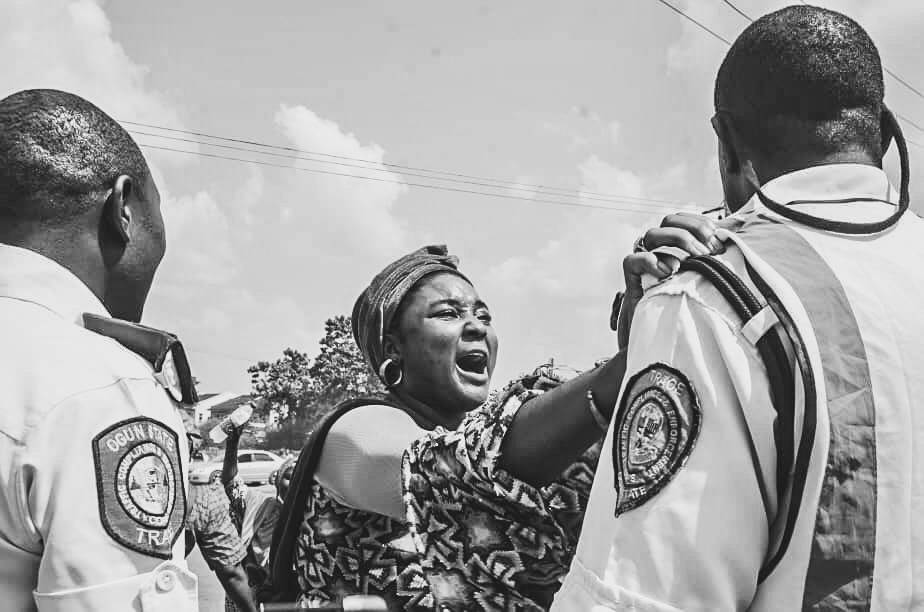 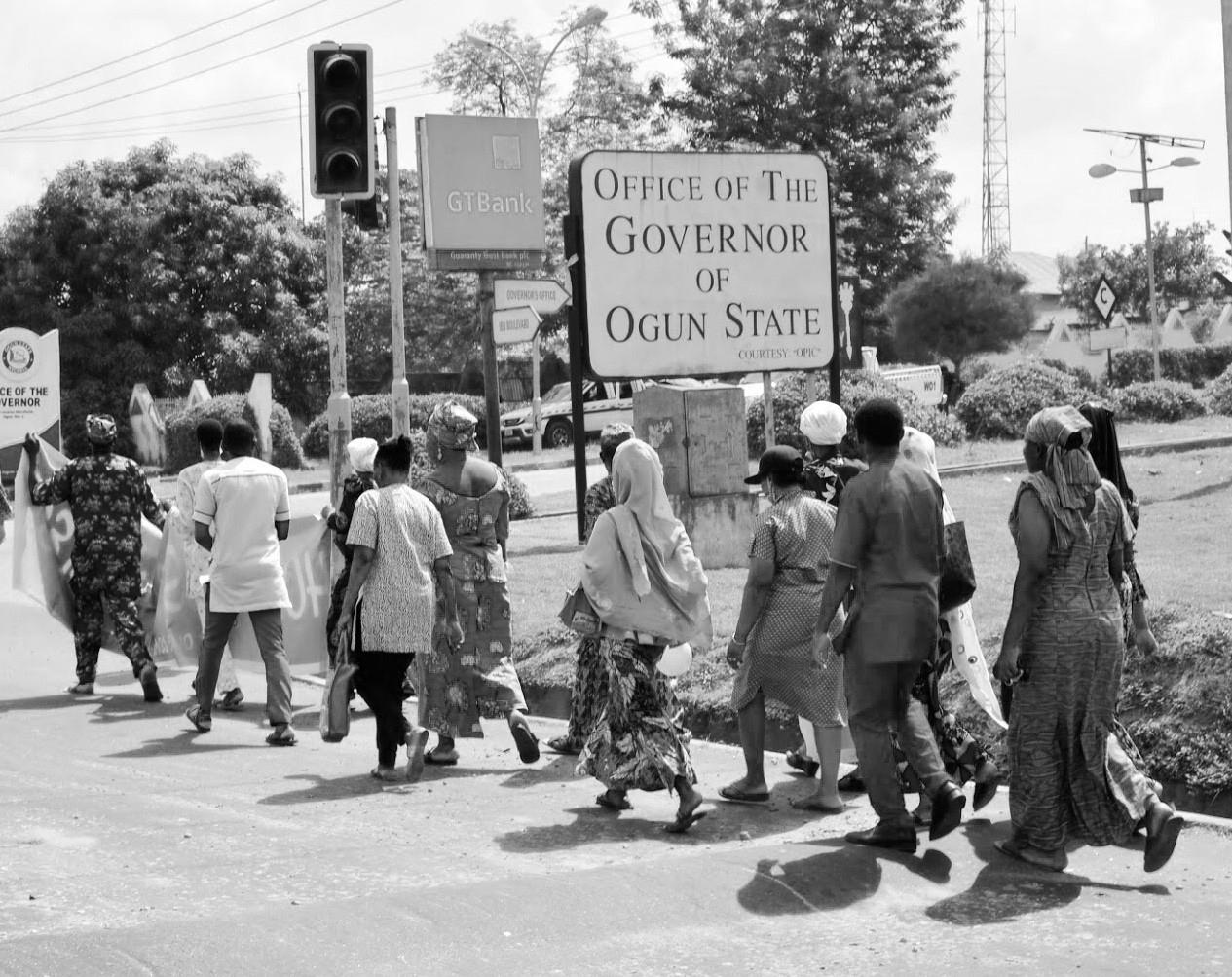 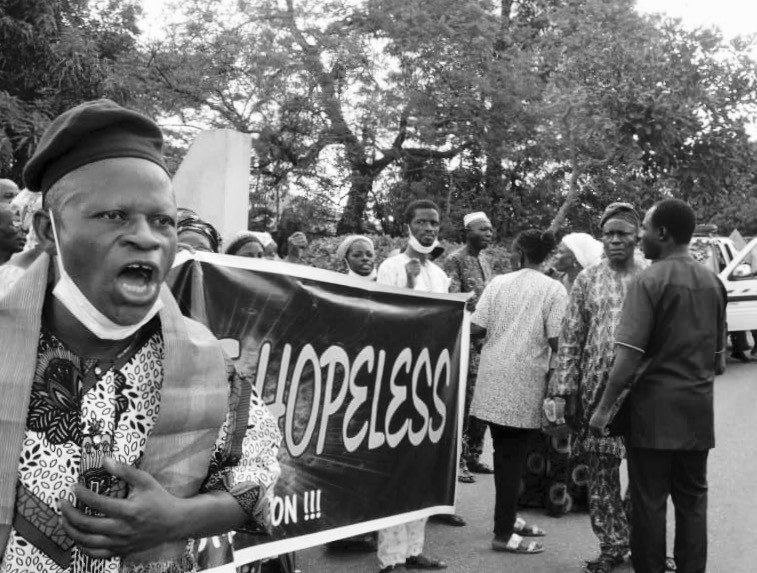 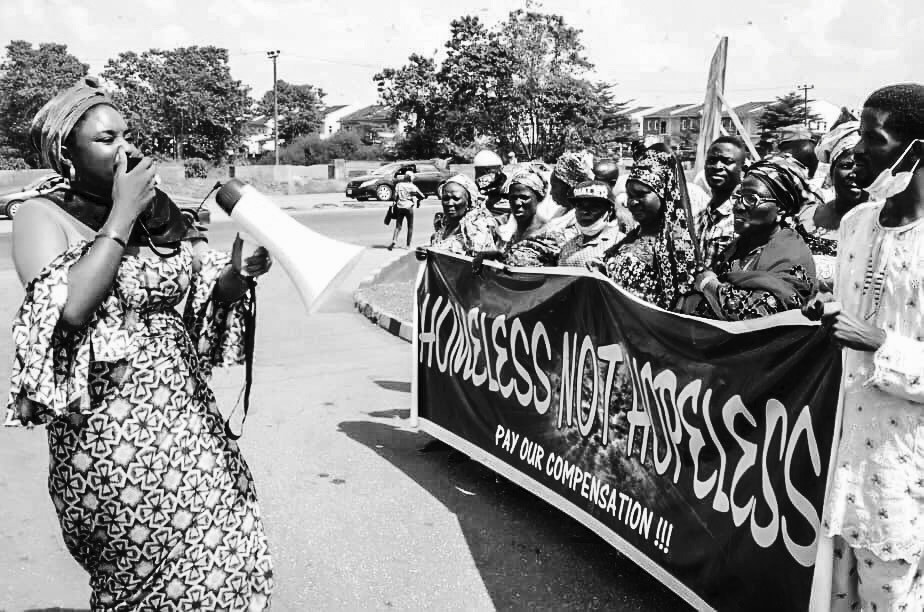 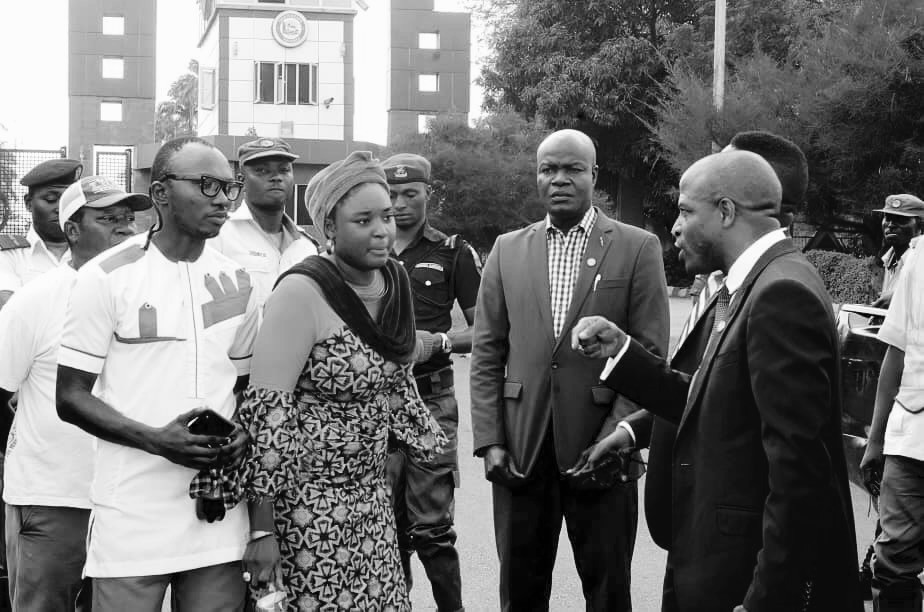 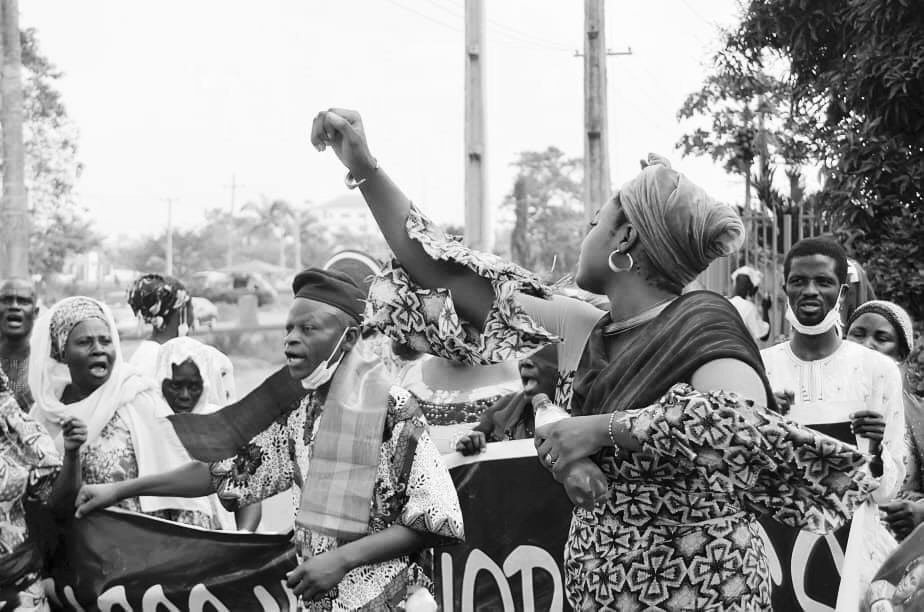 Aduke successfully fought for individuals owed compensation before forming the organization during the ending of Senator Ibikunle Amosun’s tenure through the channel of the former Commissioner for Works Arc. Olamilekan Adegbite ( newly appointed Minister of Mines and Steel Development.) 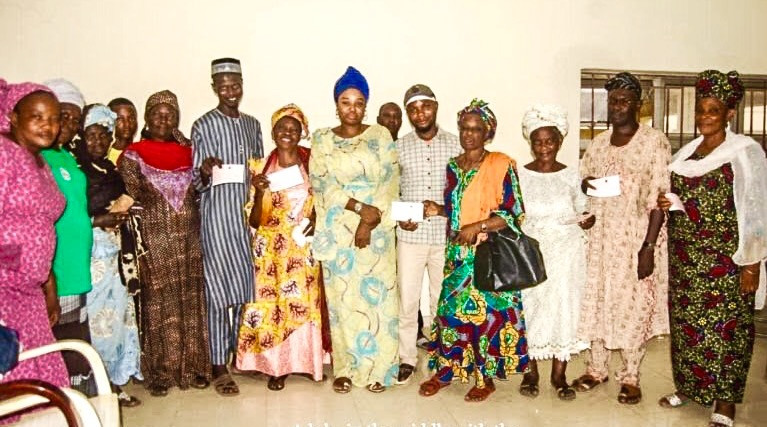 Their displeasure earlier this week was purely based on the inability for the founder to meet with His Excellency despite meetings with the Secretary to the State Government (SSG), Chief of Staff and other public officals.    The elderly protesters chanted, danced and cried “A fe ri governor wa” ( we want to see our governor) “uncle Dapo”. Even after much intimidation from security, and junior stationed officals and other government representatives. Eventually they spread mats on the floor and continued to clap, sing as they has nothing to lose as majority of them are homeless or suffering living in broken houses. After hours of singing under the blazing sun. The protesters where addressed by the Commissioner for Works and Infrastructure, Permanent Secretary for Works and other public officals. Aduke and the officals agreed to re-submit the list of affected victims for His Excellency in a bid to move forward. But due to pass promises and loss in translation and communication the organization addresses an open letter to His Excellency because they believe His Excellency would be concerned about his people, and be interested as a Governor of the people to hear directly from those affected, who VOTED for His Excellency during the election period and not through subordinates were communication can be confused in translation. 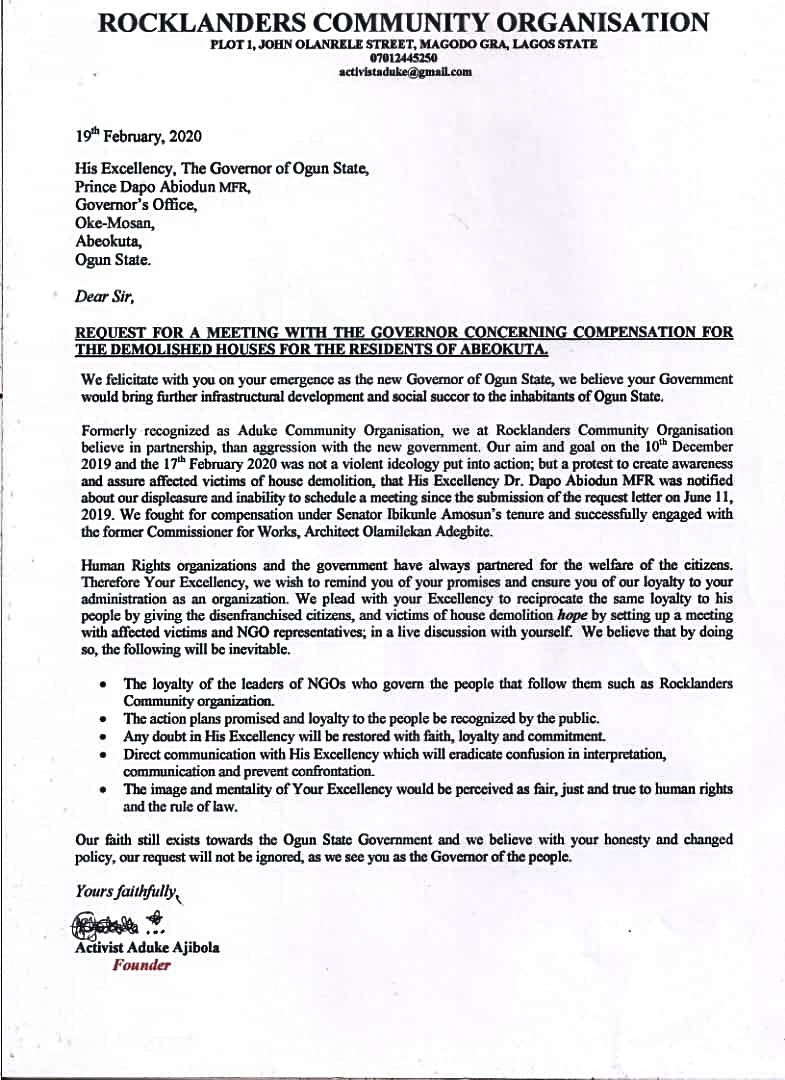 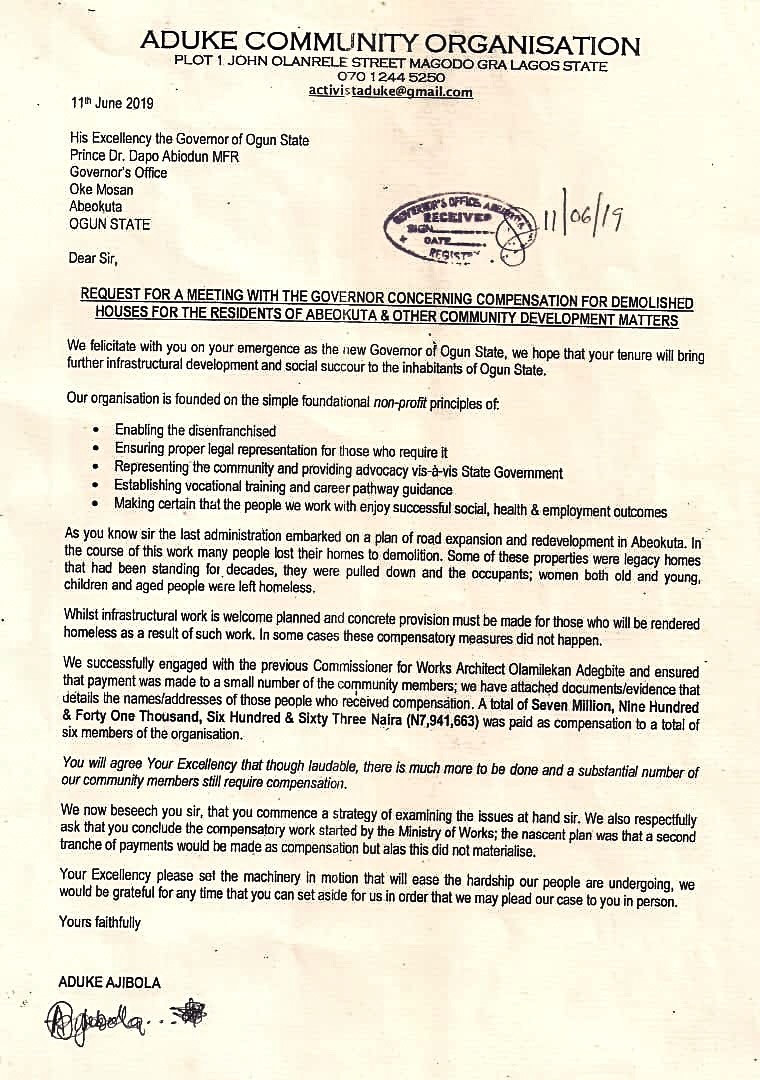