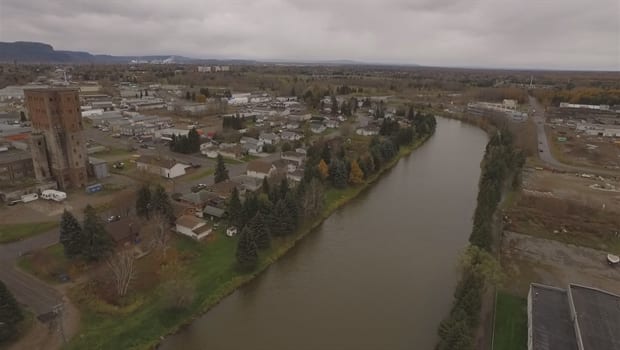 Two police officers facing disciplinary charges spoke for the first time at a public hearing about their role in the investigation into the 2015 death in Thunder Bay, Ont., of First Nations man Stacy DeBungee.

The three-week Police Services Act hearing began in Thunder Bay on May 30, seven years after DeBungee’s body was found in the McIntyre River in Thunder Bay.

Within hours of DeBungee’s death, a news release that Harrison approved claimed police suspected “no foul play.” The following day, a second release, which Harrison claims he didn’t approve, notified the public that DeBungee’s death was “non-criminal” before a post-mortem examination was conducted.

A 2018 Office of the Independent Police Review Director (OIPRD) review of the DeBungee investigation found police conduct constituted neglect of duty, as they reached the premature conclusion DeBungee fell unconscious from alcohol consumption and rolled into the river.

The case served as the impetus for a two-year investigation led by retired senator Murray Sinclair that found systemic racism in the Thunder Bay police force.

This week, the tribunal heard evidence and testimony indicating Harrison failed to pursue leads that would have garnered relevant information, he didn’t read multiple internal reports related to the case, and how he assumed alcohol was the cause of DeBungee’s death based on the First Nations man’s legal history.

In addressing the neglect of duty charge, Harrison conceded he should have followed up on a visit a private investigator for the DeBungee family made to the police station a month after DeBungee’s death.

Those included tracking down a couple police hadn’t questioned who had used DeBungee’s debit card after his death. Perry’s findings are detailed in the CBC’s The Fifth Estate documentary No Foul Play.

What happened to Stacy Debungee on the night of Oct 18, 2015 was a mystery, but just hours after finding his body in a Thunder Bay river, police determined his death was not suspicious. The fifth estate went to investigate what really happened and found several people who were there that night and agreed to share their story.

David Butt, the lawyer representing both officers, asked Harrison whether missing that meeting was a neglect of duty.

“That was a mistake on my part,” Harrison replied.

“I did feel bad in the sense that I didn’t speak to Mr. DeBungee. I didn’t realize he was there and I’ve never not talked to a next of kin. If circumstances were different and I’d been present there, I probably would have ended up speaking to both of those gentlemen.”

Harrison testified that at the time, rumours were circulating that a serial killer may be responsible for a number of unexplained deaths in local waterways, a theory he said had no evidence.

With media at the scene and word of sudden deaths travelling fast, he said, the media release expressing “no foul play” was issued to reassure the public. Harrison testified he hadn’t seen or approved the second news release and would not have issued a declaration the case was “non-criminal” without a post-mortem having been completed.

In cross-examination, Joel Dubois, the prosecuting lawyer, argued Harrison came to a premature conclusion, without evidence, that DeBungee had been drinking, and then rolled into the river unconscious and drowned.

Harrison testified he did suggest DeBungee drowned accidentally, in notes and in meetings, but said he never ruled out DeBungee may have fallen or been pushed.

He did not present any other physical evidence supporting those alternate theories during the hearing.

Dubois had Harrison read his duty notes from the scene that were entered as evidence at the disciplinary hearing.

“DeBungee known to our service. Numerous liquor licence offences. No obvious signs of trauma/foul play. Coroner ordering a post-mortem. Scene requiring a team by ident and will not be retained. Believed not to be suspicious.”

Dubois suggested Harrison released the scene early, efforts to pursue leads and witnesses were insufficient, and the early conclusion rested on Harrison’s prejudice over DeBungee’s race and legal history:

Since the DeBungee investigation, Harrison has been training Thunder Bay police officers on major case management. He testified none of his decisions have been affected by racial prejudice.

“I think there are issues in the system. I just don’t know what specifically systemic racism portends to, what exactly it is,” Harrison responded.

Neither officer could define systemic racism and both affirmed they hadn’t read the OIPRD’s “Broken Trust” report outlining the findings of systemic racism in their department or the parallel report Sinclair wrote for the Ontario Civilian Police Commission (OCPC).

Whipple testified Tuesday that Harrison and Clark McKeever, a now-retired detective-constable, picked him up from detail at the courthouse on the morning of DeBungee’s death due to a shortage of cruisers. Whipple said they stopped at the scene on the way back to the police station.

He had scant notes from some moments he was present through the DeBungee investigation and none from others. Those included the river scene, the notification of DeBungee’s next of kin, and an interview with a possible witness whose identification had been recovered from the scene. That interview produced discrepancies Whipple knew differed from information garnered in the next-of-kin meeting.

Whipple testified he was working two homicides and a major sexual assault case at the time, and he played only a supportive role in the DeBungee case. He said taking notes and reading reports were responsibilities of investigating officers, a policy that has since changed.

The prosecution and lawyer for the DeBungee family particularly questioned Whipple on a visit he and McKeever made to DeBungee’s partner’s residence to notify the next of kin about his death.

Whipple didn’t enter the apartment because the space was cramped with many family members attending.

He claimed he couldn’t hear the conversation McKeever was leading clearly because a couple was arguing across the hallway. Whipple then attended to the arguing couple, but didn’t produce any notes expressing he had been distracted from the next-of-kin meeting. He also didn’t make notes about the couple, as he determined the situation didn’t require police intervention.

“Mr. McKeever is an experienced investigator and if he found the information he was receiving from the people in there deserved and required formal statements, that he would have done so,” Whipple said, confirming he felt no duty to make notes himself.

Asked why he didn’t note those things, Whipple said, “I wish I would,” adding, “Because then I wouldn’t be answering this question.”

The tribunal will hear closing statements on June 16 and 17.