A Recap Of Trump’s First Week Abroad As President 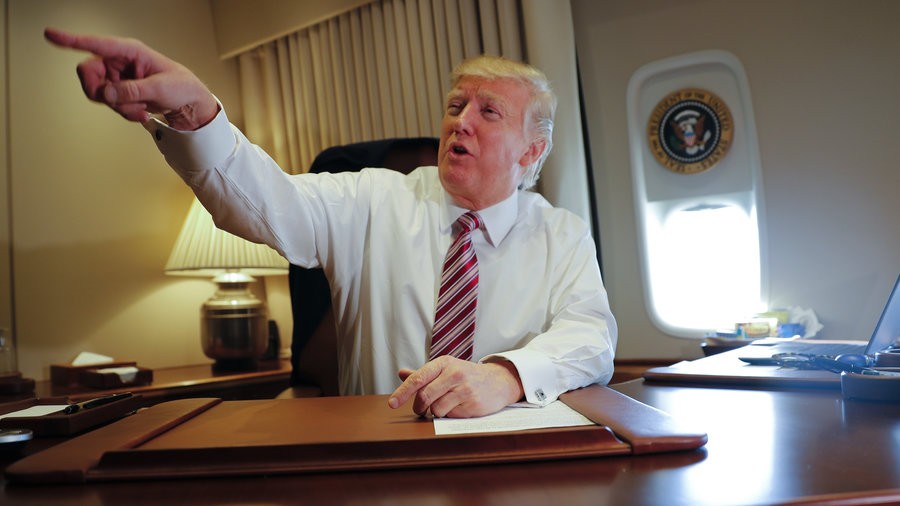 After visiting Saudi Arabia, Israel, the Palestinian Territories, Rome and Brussels, President Trump wrapped up his first international trip since taking office today in Sicily with other G7 leaders.

We’re going to start the program today looking back on President Trump’s week abroad, his first as president. President Trump flies back to Washington today after a nine-day trip that began in the Middle East with stops in Riyadh and Jerusalem and then another three stops in Europe. Some of those stops were more friendly than others.

NPR White House correspondent Tamara Keith has been traveling with the president. And she’s with us now from Sicily, the president’s last stop. And we can actually hear them packing up all around you. Hi, Tam. Thanks so much for joining us.

TAMARA KEITH, BYLINE: Glad to be with you.

MARTIN: So the president addressed U.S. troops at their base today and he gave his own assessment of the last nine days. What did he say?

KEITH: He said that it went well. He described the trip, that they were able to build on existing relationships, improve relationships with allies that he felt had atrophied under the Obama administration. He went so far as to say that he believed that the work that they did on this trip could help pave the way for a more safe and prosperous America. And here’s another little bit of how he described it.

PRESIDENT DONALD TRUMP: We have been gone for close to nine days. This will be nine days. And I think we hit a home run no matter where we are.

MARTIN: So the president started in the Middle East. He went to Riyadh and Saudi Arabia. Then he went to Jerusalem. And then he went to Europe. What was the reception there?

KEITH: It was different. There weren’t the same sort of red carpets. And also, the president’s message was different. In the Middle East he was trying to build coalitions. He was trying to sort of win them over and improve the relationship between the U.S. and their countries. Then he went to this NATO alliance gathering.

And it’s been described as lecturing. He got up and said, you other nations in NATO need to do your fair share. You’re not doing your part. It’s no fair to the American people. Now, what he’s talking about is their own spending on their national defense. He wants countries to spend a larger portion of their GDP on defense so that the alliance as a whole would be stronger.

MARTIN: We do need to mention again that he wrapped up two days of talks with members of the G-7. Those are the industrialized economies. And there was agreement on some issues, was there not?

KEITH: There was agreement on some issues. At the end of each of these G-7 meetings they put out a communique. So after the one a year ago there was a 32-page communique of all the things that the world leaders were able to come to consensus on. The communique out of this meeting was six pages long. And there was a lot less consensus, in particular on climate change. Six of the G-7 said that they strongly affirmed their commitment to the Paris climate agreement and one of the G-7, the United States, said that they were still considering it and were not in a position to join the consensus.

MARTIN: So, Tam, you’ve been covering President Trump these first few months as president. And it is important to mention that domestic political news continued unabated during his absence from the country. So tell us about how he did, and what was it like?

KEITH: The headlines back home were not the kind of headlines that he would want to see as it relates to the investigation into Russian meddling in the election. But in the other part of the world it was very controlled. They kept him insulated from the press. He primarily delivered prepared remarks. Reporters were not allowed into settings where you could really see him improvising. So it was incredibly scripted.

MARTIN: That’s NPR White House correspondent Tamara Keith. She’s been traveling with the president throughout his nine-day trip to the Middle East and to Europe. She’s speaking to us from Sicily, the president’s last stop. Tam Keith, thank you so much for speaking with us.