93 footballers, nine clubs, and 23 agents to be investigated over Â£56m of unpaid tax 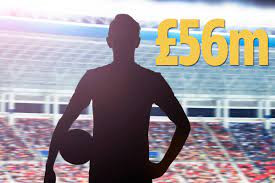 A total of 93 footballers and nine clubs, and 23 agents face being investigated over nearly £56million in unpaid tax.

The Inland Revenue targets football clubs for £45m in missing tax, with players owing £5.8m and agents a further £4.8m in the last year.

HMRC is gearing up for a major clampdown on players’ image rights and the fees paid to agents over player transfers. And they have released the figures to top UK accountancy group UHY Hacker Young.

“Targeting agents’ fees is a signal they think this is an area where too much tax is underpaid.”

On the issue of players’ image rights, Buss added: “It is understandable the likes of Marcus Rashford or Harry Kane would utilize a company to sell their ‘image.’

“But players with near to no brand recognition use image rights to avoid paying tax.”