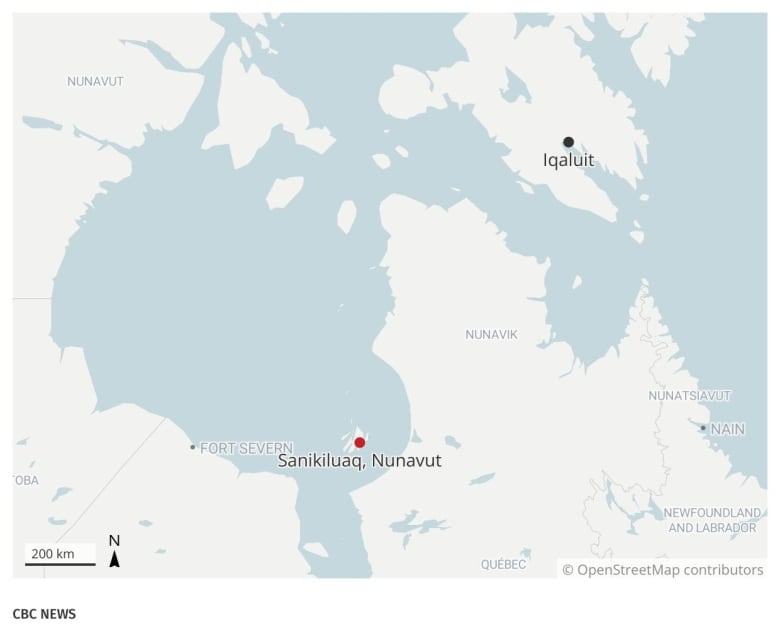 Keewatin Air is vowing to make sure medevac services continue after one of its planes overran the runway in Sanikiluaq, Nunavut, on Friday morning.

Sanikiluaq is located on the Belcher Islands in Hudson Bay. Everyone on board received medical evaluation at the local health centre, Kendall said, without offering any details of injuries. A spokesperson for Nunavut’s RCMP had earlier said the injuries were minor.

“The aircraft involved did sustain significant damage,” Kendall said. He noted they would be assessing its condition in the coming days.

“Keewatin Air does have the capacity to immediately back-up that aircraft with suitable alternate equipment and will ensure there is no disruption to medevac service as a result of this incident,” Kendall said.

TSB determining if investigation is warranted

A spokesperson for the Transportation Safety Board (TSB) had earlier said the plane was carrying two crew and two passengers, and that one person was reportedly injured.

The TSB was gathering information Friday to determine whether an investigation was warranted.

Sanikiluaq’s senior administrative officer Ronald Ladd, also reached by phone, said he had been to the site and there was no loss of life and that everyone was safe.

While it’s still unclear what caused the plane to overrun the runway, Environment Canada had issued a wind warning for Sanikiluaq early Friday morning, with winds forecasted to reach 90 km/h by the afternoon.

In a news release, Nunavut RCMP confirmed that “weather conditions at the time of the incident were reported to be high winds, blowing snow with poor visibility.”