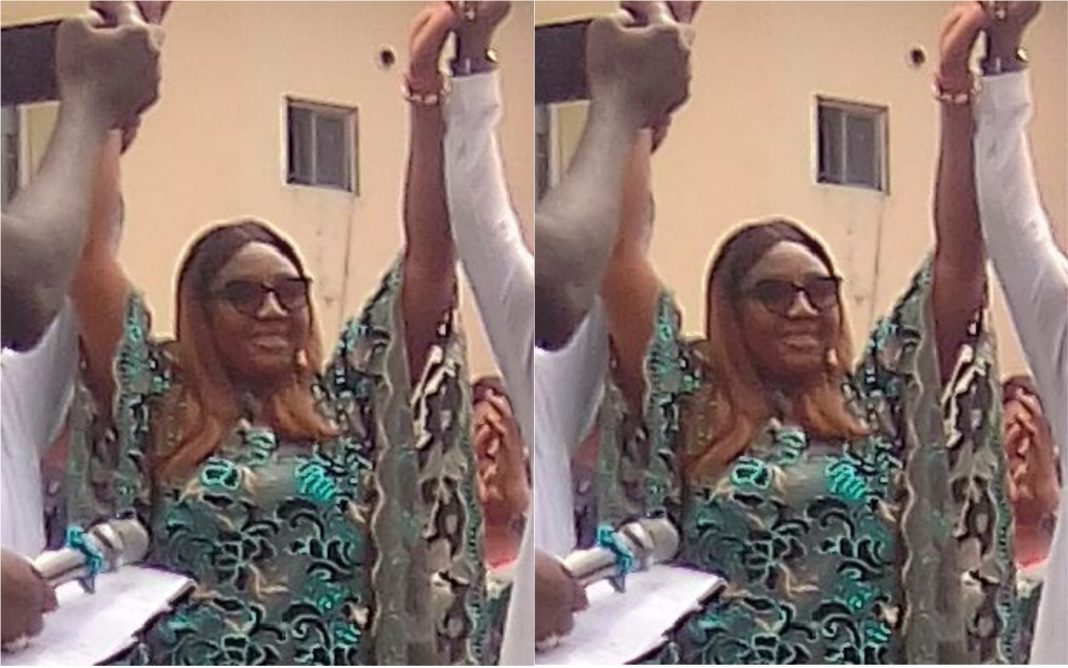 She was unveiled at the party secretariat in Calabar on Monday amid fanfare.

Last week, youths from Akpabuyo, Bakassi, and Calabar South LG councils stormed the party secretariat, protesting the choice of Emana because she was relatively unknown in the political arrangements in the state.
Also read: Liz Cheney Stands by Cassidy Hutchinson: ‘I Am Absolutely Confident In Her Credibility’

Chairman of the party, Venatius Ikem said it was a herculean task to arrive at Emana because there was a galaxy of well-qualified gladiators for the position.

He said her choice is divine and that they consulted widely, adding that the party needed new and younger faces, especially from the women folk.

“The choice of Emana was one of the landmark feats in my 10-month leadership of PDP in the state. I must be grateful to God for giving us as the running mate. It was the same feat when we successfully and admirably produced the governorship candidate in Senator Sandy Onor,” he said.

Speaking earlier, the PDP governorship hopeful, Sandy Onor who represents Cross River Central in the Senate, said they resolved to give women and the youths the slot as they are a major force in the party.

“We are broad-minded in PDP, giving everyone room, and always thinking of ways to make Cross River better.

“We needed a double-barrelled person, a young woman that can appeal to the women and the youths. Since Cecilia Ekpenyong in 1992, we have not carried women along.

“We need a loaded woman like Emana, deep, intellectual, exposed, bold with royal blood from Efik and Qua kingdoms, a media guru that can serve with us to change Cross River State.”

Accepting the challenge, Emana said many battles have been fought and won, adding that settling for a woman as PDP running mate in Cross River is a weighty statement.

“For Cross River to have a female running mate is a victory already for the party. You have given me this task in trust. It is a big challenge. I boldly accept it,” she said.