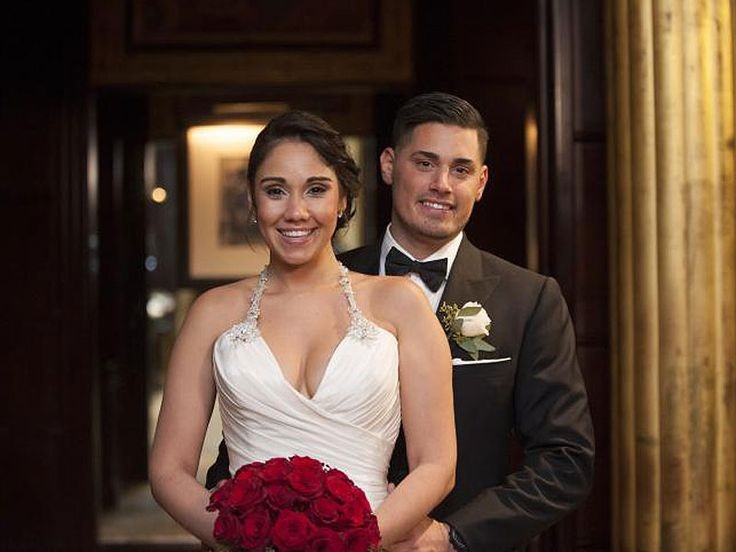 For fans of Married at First Sight, Thursday’s all-new episode wasn’t just a season finale. It was the evening where they would finally find out if the three remaining couples wanted to stay married or go their separate ways.

Through the past eight weeks, Lifetime cameras have been documenting Anthony D’Amico and Ashley Petta, Cody Knapek and Danielle DeGroot and Nate Duhon and Sheila Downs‘ respective marriages ever since they took a leap of faith and decided to say “I Do” after meeting at—you guessed it—first sight.

With help from Pastor Calvin Roberson, Dr. Pepper Schwartz and Rachel DeAlto, these couples tried to defy expectations and get through love’s highs and lows.

So did they succeed? Take a look at just some of the shocking moments from each couple’s final decision.

Widely considered as the most stable pairing, these two (and their families) hit it off immediately. There was, however, one hurdle they were trying to cross in the marriage. They had yet to say “I love you” to one another.

That all changed during a heartfelt sit-down in tonight’s finale. “I couldn’t think of anyone else I’d want to spend the rest of my life with so I want to stay married to you,” Anthony shared. “I’m usually not missing words, but right now I am. Ashley, I love you.”

With a kiss on the lips, Ashley responded with an “I love you too” that received cheers from the matchmakers and more than a few million viewers at home.

Going into tonight’s final decision, many viewers had their doubts that this pair was going to go the distance. One major concern for some was that Cody and Danielle had yet to have sex after their wedding.

“Eight weeks ago I married a stranger and it has been crazy. Moving forward, I hope that Cody and I can both get to that place we want to get too. I hope I can feel that spark,” she shared just days before the final decision. “I hope I can see those things in him that make me feel that type of way. I don’t know if it’s my guard or if it’s just my thoughts that I’m clinging too…I’m feeling pretty calm about what tomorrow brings.”

Ultimately, the pair decided to stay married and work on getting the spark alive. “I just think you’re so special,” Cody said. “I do think so highly of you and I see you as a great wife.”

Some fights can be easily fixed while others can bring lasting wounds. On tonight’s finale, some viewers worried if the couple’s most recent argument would cause a divorce.

“I think the biggest challenge was just our most recent argument. We crossed some boundaries that we shouldn’t have crossed and we allowed that to slip in,” Nate shared. “That was a turning point in our marriage.”

Sheila added, “Both of us threw stones. It was very damaging to our marriage.” Despite the major speed bump, both parties expressed their love for each other and determination to make the marriage work. Yes, everyone is still together.

With such a successful season, some fans may be wondering how other couples from previous years are doing. You’re in luck with our status check-in below.

Perhaps getting Married at First Sight isn’t such a crazy idea after all?