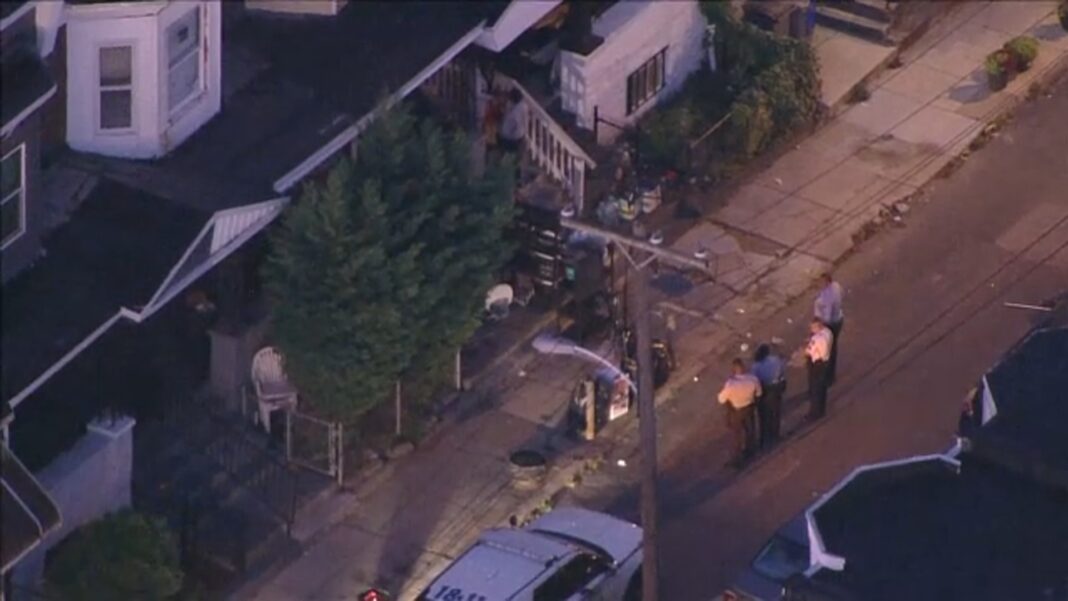 PHILADELPHIA — Three SWAT officers serving an arrest warrant were wounded and a suspect was killed after gunfire erupted Wednesday morning in North Philadelphia.

Officers were serving a warrant on a suspect wanted for homicide and other violent offenses. Police sources identified the suspect as 19-year-old Raheem Lee.

According to police, Lee fired at officers through a door and a window.

“Officers were able to continue to breach the property where they took on more gunfire from this individual,” Deputy Commissioner John Stanford said.

The suspect then attempted to flee through the rear of the property, police said, at which point the suspect fired at SWAT officers who were stationed there.

Those officers returned fire, striking Lee. He was taken to Temple University Hospital where he was pronounced dead just after 7:30 a.m.

The officers who were shot were taken to Jefferson University Hospital. They are listed in stable condition.

“Two of our officers will be released, hopefully, by the end of the day. The other officer will be admitted for some continuous observation,” Stanford said.

Sources in the homicide unit say Lee was wanted for a killing that occurred at approximately 2:46 a.m. on Sunday, August 21, in the 2600 block of West Berks Street.

That’s where a 34-year-old man was found inside a Range Rover with gunshot wounds to the neck. The victim was identified as Theodore Bell of the 10800 block of Keswick Road.

In audio from police radio obtained by 6abc Action News, one of the injured officers called in after being shot.

“We got two officers shot. We are en route to Jefferson Hospital…let them know, I’m shot in the hip. My partner is shot in the leg,” the officer said.

Video from Chopper 6 showed police officers bringing out children from the home.

Moments later, officers took two people away in handcuffs, including an adult male. Police said they don’t believe anyone else was involved in the shooting, but the investigation is ongoing.

“There’s not a day that goes by that we don’t either have a child that is shot, or multiple people shot, because there are too many people out here carrying guns and they don’t have consequences,” he said. “Some people need to be in jail.”

“This should not be happening — this is not normal,” he said. “Unfortunately we have come to believe that this is the normal course of events — it’s not … it is troubling.”

“Something has been broken in this young man’s life for a long time, and it just didn’t start today,” he said.

Several officers arrived at Jefferson Hospital to check on the wounded SWAT members.

Mayor Jim Kenney said the officers were sitting up and talking, and were surrounded by family members.

“Our officers continue to work every single day and every single night, to work their best, to be brave, to put themselves in harm’s way, and to do that for us,” Kenney said.

Fraternal Order of Police Lodge #5 President John McNesby asked everyone to keep the officers, and the entire SWAT unit, in their thoughts and prayers.

“Their courage under fire and constant professionalism continue to be a prime example of what our members are all about,” McNesby said.