2Face: Wife and Brother of rapper clash on social media 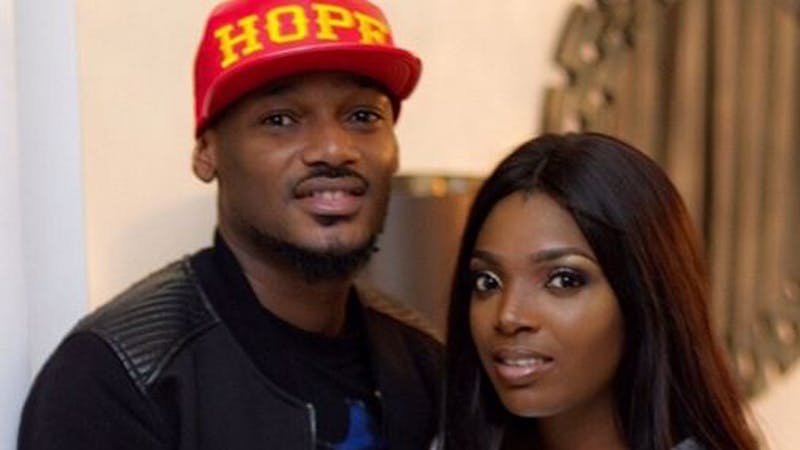 Charles Idibia, 2Face‘s younger brother, and Annie Idibia, 2baba’s wife, have been engaged in a social media battle after Annie called out her husband and his family on Instagram.

Because their war isn’t going away anytime soon, Charles and Annie Idibia continue to fire back at each other on social media platforms.

Idibia’s wife slammed her husband and his family in an Instagram post, which has since been deleted, earlier this week.

She accused 2face of sleeping under the same roof as Pero Adeniyi, the mother of his children, while they were on vacation. She said Tuface’s children’s mother use them as a “excuse for all sorts of rubbish.” she said

As a result, Charles Idibia took to Instagram to express his displeasure with her accusation.

It’s not clear if Annie was trying to make fun of the Idibia family, but Charles Idibia, the younger brother, thinks she was.

Her mother, who lives in his brother’s house, uses vodoo on him in a bedroom, he sarcastically said. Since he married her, he said, his brother has never been truly happy.

In addition, he asked her to tell him about any wrongs his family had done to her in the past.

Afterward, Annie Idibia retaliated, accusing him of living in their house, of being lazy, and of being totally dependent on his successful brother, who has seven children to care for.

2face lashes out at Annie, claiming it’s because of the children he visits.

A lot of people have heard about Tuface and his wife lately. Her husband, Annie, allegedly cheated on her with Pero Adeniyi, one of his baby mothers. In her words, her husband’s family has never been fond of her. A lot of people have responded even though she later took down the post.

Charles, Tuface’s younger brother, has been lashing out at Annie ever since she posted the picture on her Facebook page. Then he accused Annie’s mother of using Juju to get her daughter. Her response was that he was living under her roof, squeezing his brother dry, and still had the nerve to slam the door in the face of both her and her mother.

Charles retorted that he can’t spend more than two hours in Annie’s house without her acting as if the world is ending. He stated that the children are the main reason he visits.

This is what he wrote on his Instagram account “Who lives in the house? Now that you’ve gone completely bonkers, I can’t even spend two hours at your house, which is the only relative of your husband’s in Lagos, without your mother acting as if the world is ending “. He said Annie should continue to spread lies and gather sympathy parties online because the truth would eventually come out and she would have to face the consequences.

In the meantime, he said, he’ll keep his mouth shut out of respect for some people.

How this family drama will end remains to be seen. But we hope and pray that the fences will be repaired.

As for Tuface and his wife Annie, they’ll be stronger as a result of this ordeal.