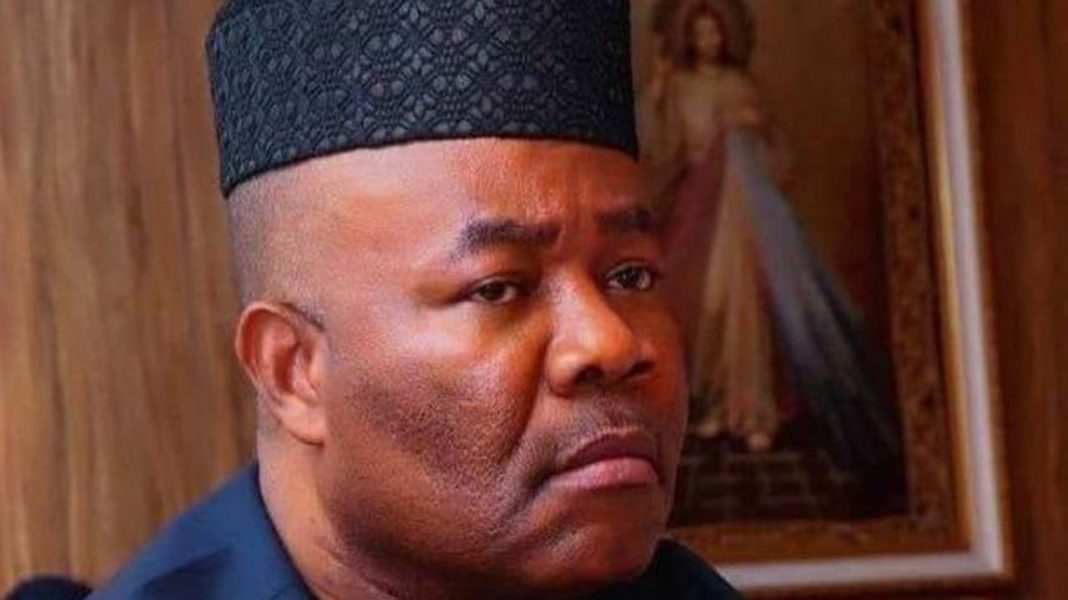 Recall that Akpabio stepped down for the National Leader of the APC, Bola Ahmed Tinubu during the party’s presidential primaries on Tuesday.

He was declared the winner of a senatorial primary election conducted on Thursday.

The Akwa Ibom State APC Chairman, Stephen Ntukekpo, had said he was directed by the ruling party’s national body to conduct a re-run over alleged infractions.

But the Resident Electoral Commissioner of INEC in Akwa Ibom State, Mr Mike Igini, told Wowplus that INEC would only recognize the winner of the primaries monitored by the commission.

He said that INEC did not monitor the re-run APC senatorial primaries, that saw Akpabio emerged winner.

“The primaries were concluded on the 27 of May, so I don’t know what you are talking about. The one that was conducted was monitored by INEC and the report has been submitted to Abuja.

“INEC is not aware of any senatorial primaries conducted on Thursday (June 9) that was monitored by INEC, none,” he stated.

The REC also affirmed that the APC has no governorship candidate in the state.