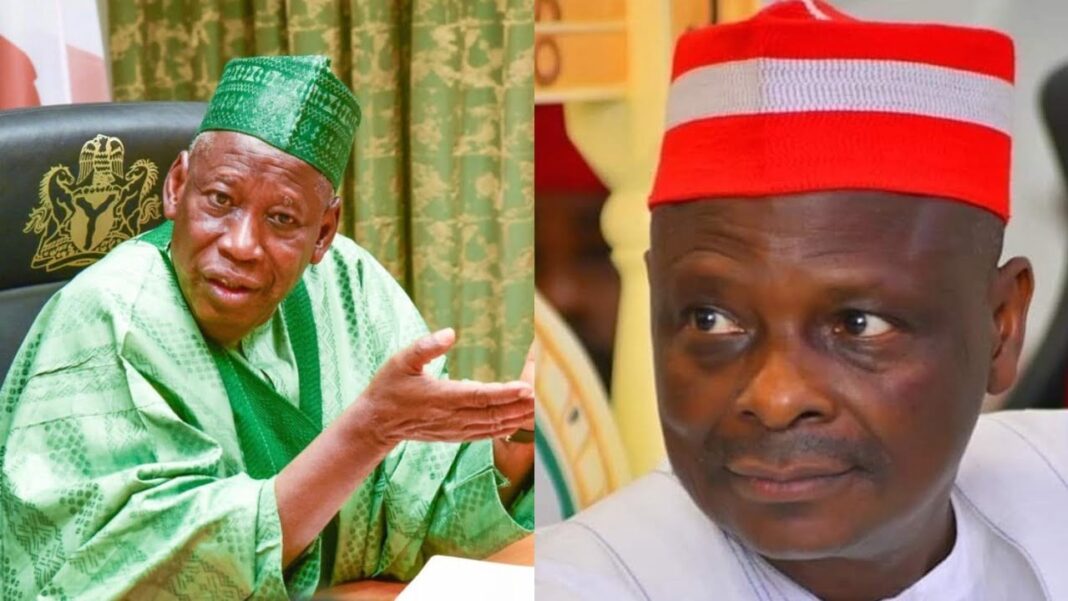 Governor Abdullahi Ganduje of Kano State, on Monday, challenged the presidential candidate of the New Nigeria Peoples Party (NNPP), Senator Rabiu Kwankwaso to hold a rally in the State to test his popularity.

Ganduje was speaking about the large turnout at the All Progressives Congress (APC) presidential rally for Bola Tinubu in the State earlier on Monday.

According to the Governor, many of Kwankwaso’s followers are now with the APC.

“So, if Kwankwaso thinks that he can win the party, let him hold a march like this and compare what will happen if he can do so,” Ganduje said on Channels Television’s Politics Today on Monday evening.

Ganduje further questioned the political relevancy of Ibrahim Shekarau, who he noted was moving from one party to another and losing a large number of his followers in the process.

The Governor believes that Shekarau has left a majority of his followers in the All Progressives Congress, the NNPP, and suggested that no one knows the former Governor’s next moves.