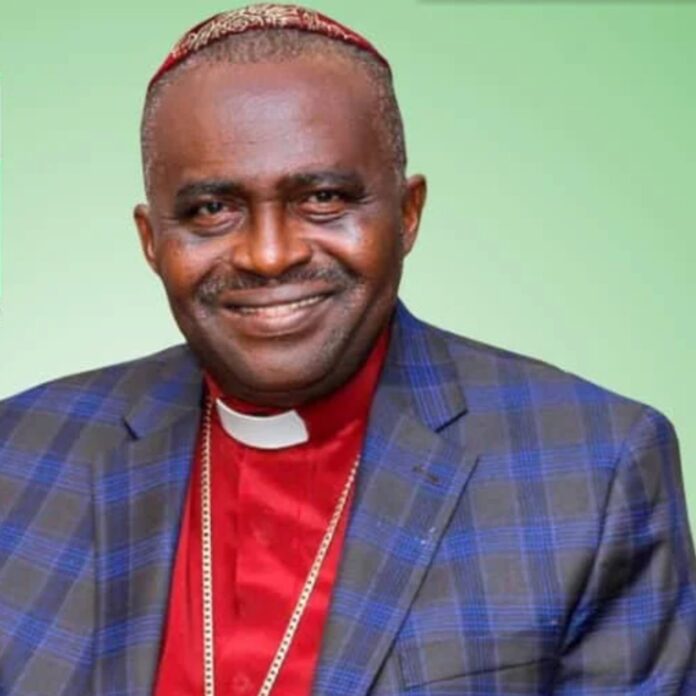 The African Democratic Congress in Abia State, has called out a former state chairman of the party, Don Norman Obinna over utterances against its gubernatorial candidate in Abia, Bishop Sunday Ndukwo Onuoha, ahead of next year’s general elections.

DAILY POST had earlier reported that Obinna had claimed Bishop Onuoha lacked the requisite capacity to lead the party to victory in next year’s general elections.

He described the African Democratic Congress governorship standard-bearer in Abia as a political lightweight and mole planted by a former state governor, now the Senator representing Abia central senatorial district, Theodore Orji to destroy the party in the state, claiming he remains the ADC chairman in the state and will only leave office on the expiration of the constitutionally recognized tenure.

Reacting, the Abia ADC in a statement by Prince Victor Okey Mmaju, on Sunday, against the recent disparagement of the party’s candidate, Onuoha by the ex-chairman, Obinna, described as barbaric and malicious, the purported claims that Onuoha was lured into governorship race by Senator T. A Orji to destroy the party state chapter ahead of next year’s elections.

Okey-Mmaju explained that the claim by Obinna was also farther from the truth and that no godfather planted Bishop Onuoha in the party to play out a political script.

“He should come forward with proof that former governor of Abia State, T. A Orji is sponsoring Bishop Sunday Onuoha. We’re not surprised about the lunatic rantings of Don Norman Obi who has been indulging in questionable acts that landed him twice in prison. He was a former media aide to the former Governor, and is currently the Senator representing Abia central district in the national assembly, and was sacked because of his questionable and obnoxious character.

The state ADC leadership recalled the numerous uncommon capacities demonstrated by Bishop Sunday Onuoha in Abia’s economic and Infrastructural growth as well as human empowerment and development, claiming the party’s governorship candidate will replicate the same laudable feats when elected to serve as the next governor of the state in March 2023 elections.

“The party in Abia State is urging the general public in the state and the entire country to ignore the recent purported claims and rantings by Don Norman Obinna who is known and is notorious for spreading falsehoods and media propaganda whenever you deny him his stomach Infrastructure.