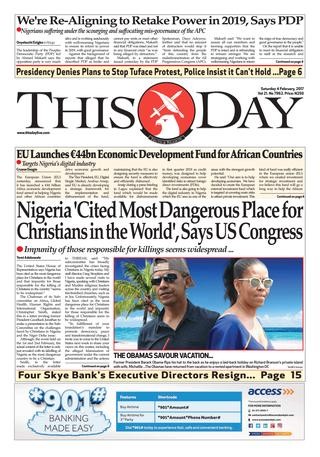 By Seriki Adinoyi in Jos Ahead of the 2019 general election, the National Broadcasting Commission (NBC) has warned Nigerians against hate speech, which it said is capable of rending the nation into shreds. Handing down the warning at the 2017 Annual Summit of the NBC held ‎in Jos, Plateau State, the Director General of the commission, Is’haq Modibbo […]